News > Minds on the Road > Are Digital Billboards Dangerously Distracting? 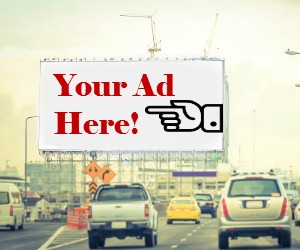 Digital ads use bright lights, rotating images, and flashy content to get your attention, but do they take your eyes (and your mind) off the road long enough to create a hazard?

Digital billboards — dynamic, electronically illuminated, light emitting diode (LED) advertisements — are a rapidly growing section of the marketing industry. One look around Times Square and you’ll understand why: The billboards are shiny, interesting, and attention-grabbing. We often can’t help but look at them.

On the road, these advertising structures stand far above the ground, rotating through ads approximately every 8–10 seconds and marketing various companies, organizations, and products in a single space. These digital billboards are inventive and visually attractive — so much that they may cause drivers to take their eyes off the road.

A team from the New England University Transportation Center & MIT AgeLab recently addressed this concern in a paper published in Accident Analysis and Prevention.

The researchers, led by psychological researcher Daniel Belyusar, explained that the flashing lights in ad-rotating digital billboards may be enough to evoke “obligatory shifts of covert visual attention” due to automatic, sensory reactions that take less than 100 milliseconds.

“Since drivers might find it difficult to avoid being covertly drawn to a flashing billboard, it is logical that glances to the billboard, may follow,” the researchers write. For this reason, Belyusar and colleagues believe that digital billboards have the potential to be dangerous because more glances and longer glances away from the road are associated with more frequent automobile accidents.

To address this concern, the research team analyzed video camera footage from two previous field studies of 123 participants driving on a specific section of a highway north of Boston, where a double-sided, digital billboard stood. Mounted cameras recorded both the driver’s face and a wide-angle view in front of the car. The participants drove in a loop and passed the billboard twice (southbound and northbound).

Upon analyzing the video footage, the researchers marked each frame with the drivers’ eye positions and found that drivers approaching from both directions made more off-road glances in the direction of the billboard. They also found that drivers made significantly longer glances off the road during the northbound approach, and qualitatively described the same observation in the southbound approach. Notably, drivers glanced at the billboard more during the switch between ads compared to times when the billboard was simply visible and stable as well.

The researchers also assessed driving performance and found that northbound drivers used their brakes significantly more while approaching the billboard and made more steering wheel corrections after passing the billboard. Southbound drivers, however, did not show any effects in their braking behavior and exhibited more steering wheel reversals in the approach period.

Lastly, they analyzed how long participants spent looking on and off the road before, during, and after the approach, and found that participants overall spent significantly less time visually oriented on the road while approaching the billboard. (This measure is based on the National High Traffic Safety Administration guidelines for assessing in-vehicle device distractions such as cell phones).

Combining these findings with previous research, Belyusar and colleagues conclude that digital billboards do in fact alter driver attention, but the degree to which this alteration impacts safety is unclear. They note that future research could address these concerns by assessing whether roadway geometry (e.g. a curve in the road) or traffic patterns interact with digital billboards to affect our driving in complex ways.

“Although these data show a clear change in the distribution of glance behavior around the billboard, it is unclear at this time what, if any, features are safety-relevant and how the results would extend to nighttime driving,” they write.

As digital billboards become more popular, the authors advise that “Actions should be taken today to assess and, if necessary, mitigate the negative impacts of [digital billboards] on driver safety and highway congestion.”

News > Minds on the Road > Are Digital Billboards Dangerously Distracting?

Thank you for this article. Are there any updates on this subject? I live in a city that is pushing for digital billboards on heavily congested interstate highways. Thank you.

Since emerging as a fad in the 1980s, “Baby on Board” stickers have persisted as a staple of rear windshields and bumpers on cars and minivans. According to urban legend, the death of an infant

No one likes a backseat driver, but motorists may be more amenable to suggestions when support systems take the time to explain recommendations.