News > Minds on the Road > How Child Passengers Can Distract Drivers 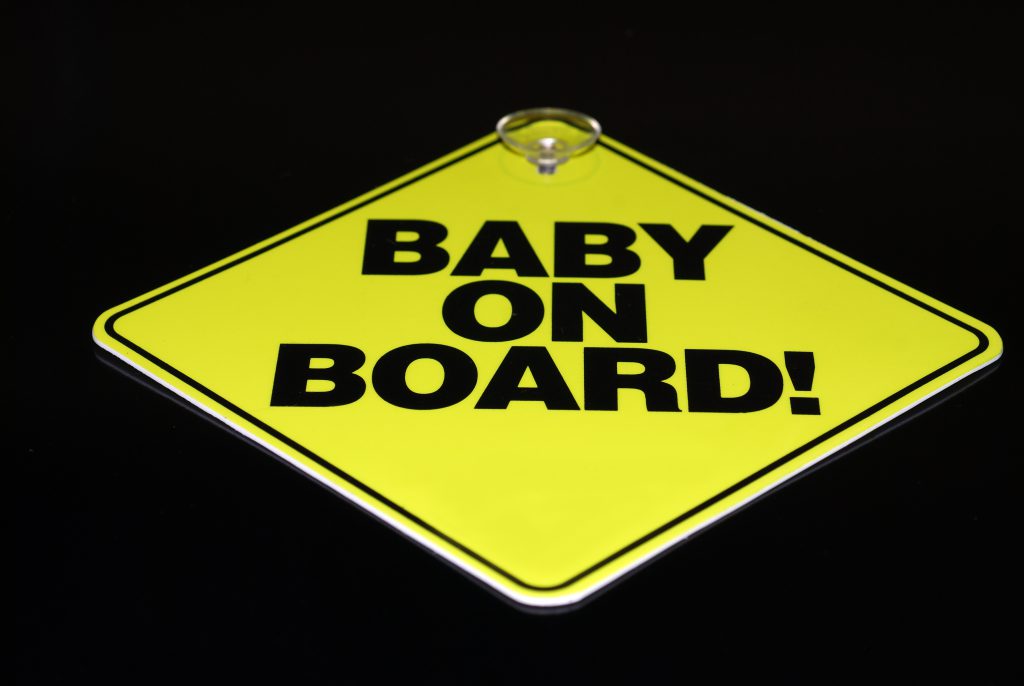 Since emerging as a fad in the 1980s, “Baby on Board” stickers have persisted as a staple of rear windshields and bumpers on cars and minivans. According to urban legend, the death of an infant in a traffic accident led to the creation of the signs, but in truth they were created by two sisters from Massachusetts to warn drivers of the young lives at stake should they choose to drive recklessly.

But could the vehicles with the “Baby on Board” signs themselves be a potential road hazard?

Scientists have already found that drivers’ risk of crashing rises when they have anyone in the car with them. Among those researchers is John Gaspar at the University of Iowa, who in a 2014 driving simulator experiment showed that, while collisions may increase overall when a driver has a passenger in the car, the risk dropped when that person stayed quiet during challenging conditions. Children, however, are not likely to regulate their demands for attention based on road conditions, and that can disturb even the most cautious drivers. In fact, a 2014 survey by emergency medicine researchers found that, in the preceding month, almost 70% of the 570 respondents had fed a child passenger and 40% had picked up a child’s toy while driving.

University of Helsinki psychological scientist Ida Maasalo and colleagues wanted to understand some specific characteristics of fatal crashes involving child passengers. Their source was the US Fatality Analysis Reporting System (FARS) database, which is based on police reports and contains information about crashes that occurred on US roads and resulted in at least one death. They looked at two-car crashes only, in which just one driver was at fault. They then divided the passengers into two categories: children age 9 and under and adult riders. (Passengers age 16 and older were categorized as adults, since they are old enough to help the driver spot hazards on the road and to attend to young children riding in the vehicle.) They looked at the characteristics of the drivers, and compared crashes occurring at intersections with non-junction incidents.

Their analysis showed some complex findings. Here are a few of them:

•  Adults with only children as passengers were more likely to be at fault in fatal crashes than were people driving solo or with only adult passengers.

• Drivers with only child passengers in the vehicle were more commonly in crashes involving inattention compared to those with a child and adult in the car. But those victims were less likely to engage in other risky driving behaviors, such as speeding or leaving their seat belts unfastened.

• When transporting children only, female drivers were twice as likely as males to be involved in fatal crashes. In comparison, male drivers who had both adults and children in the car were more likely than females to crash.

• Males also were more likely to be driving while speeding, intoxicated, or without a seat belt when they were driving with only children, and not adults, in the vehicle.

• Adults with only children as passengers were more likely to be at fault in fatal crashes than were people driving solo or with only adult passengers.

The age of the child passengers also made a difference, depending on the location of the crash. In non-junction crashes, drivers carrying children age 4 and under were more likely to be at fault than those with older children in the vehicle. But those odds reversed for crashes occurring at intersections.

Overall, the results show that drivers with child passengers represent a specific driver population with different factors behind their risks for fatal crashes. On the surface, they appear to avoid hazardous behaviors, but that may be offset by the distractions children create while giggling or crying in the backseat.

News > Minds on the Road > How Child Passengers Can Distract Drivers

No one likes a backseat driver, but motorists may be more amenable to suggestions when support systems take the time to explain recommendations.

Crash Risks May Spike Immediately After a Near Miss

The short period of time after narrowly averting a vehicular accident is a vulnerable one for drivers, especially in city driving.