News > Minds at Work > The Sound of Employability: Interviewers Judge Your Voice 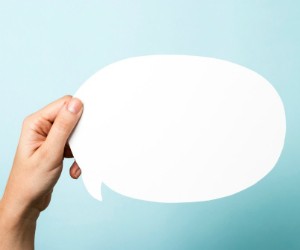 New research has identified one factor that can make a job applicant come across as smarter, warmer, and ultimately more employable than other candidates: the sound of their voice.

When it comes to acing a job interview, common wisdom holds that job applicants should dress smart, show up on time, and come prepared; but a new study from psychological scientists Nicholas Epley and Juliana Schroeder of the University of Chicago suggests that in order to put your best foot forward with a potential employer, job applicants should also make sure their voices are heard.

Even when spoken and written information about a candidate’s qualifications were identical, Epley and Schroeder predicted that evaluators would perceive job applicants as more intelligent after hearing—rather than reading—their qualifications.

Changes in the tone, cadence, and pitch of an individual’s voice may reveal their process of thinking and reasoning as it is happening – thus, speech may help convey applicants’ intelligence and mental capacity more clearly than words alone.

The researchers recorded 18 MBA students making “elevator pitches” about their qualifications as if they were in a job interview. A set of 162 volunteers and 39 professional recruiters then either watched video recordings or listened to recordings of the candidate, or read the written transcript of the pitch.

Epley and Schroeder found the same result across five experiments: Potential employers had more favorable impressions of the candidates after hearing, rather than reading, about their qualifications. Importantly, not only did potential bosses see applicants as smarter after hearing their pitch, but they were also much more interested in hiring them.

The medium of recording, whether video or just audio, didn’t seem to make a difference in the recruiters’ evaluations, further indicating the overarching power of the voice.

“The words that come out of a person’s mouth convey the presence of a thoughtful mind more clearly than the words typed by a person’s hands—even when those words are identical,” Epley and Schroeder conclude in a forthcoming article in Psychological Science.

The natural variation in pitch and cadence we use when we speak communicates enthusiasm and intellect far better than the monotone voice people tend to use while reading, according to Epley and Schroeder.

But, of course, the quality of how we speak does matter. New research from psychological scientists Amanda Feiler and Deborah Powell of the University of Guelph in Canada provides evidence of at least one aspect of speech can actually hurt interviewees: coming across as nervous.

Previous research has shown that candidates who are anxious in the interview generally receive much lower ratings on their performance, and are ultimately less likely to be hired. But Feiler and Powell wanted to know more about exactly which behaviors were responsible for thwarting the interview.

To find out, they videotaped and transcribed the mock job interviews of 125 college students while 18 interviewers rated the interviewees’ levels of anxiety and performance during structured 10 minute interviews.

Additionally, the researchers found that interviewees who felt anxious tended to come across as less warm and less assertive, which counted against them in their performance ratings.

“Often interviewees are worried that they are engaging in nervous tics that are revealing of their anxiety, when in fact the impression that they convey of themselves as assertive (or not) appears to be more indicative of their anxiety,” Feiler and Powell write in the Journal of Business Psychology.

Feiler and Powell suggest that interviewers and hiring organizations need to be aware of the negative bias against anxious interviewees, as organizations may needlessly reject qualified candidates who come across as anxious in the interview.

Organizations may want to provide interviewers with training that focuses on ways they can reduce job interview anxiety for candidates, including engaging in rapport building at the beginning of the interview, framing the interview as a conversation, and focusing on the content of interviewees’ responses.

News > Minds at Work > The Sound of Employability: Interviewers Judge Your Voice

This article could be misleading. One has to balance it out. A lot of nervous people talk way too fast. Plus, college students aren’t an accurate test population. They aren’t employed in the real world … so it’s logical they would invariably hesitate.

Interesting. I would have guessed that a slower speaking pattern indicated a more calm and thoughtful person vs nervous.

I can believe that the sound/tone and speed of speech makes a difference in how one is judged.

Richard West is correct – from looking at the transcripts of their interviews, it was clear that with this sample “fewer words per minute” actually meant that they didn’t provide very much detail in their answers. An interviewee could definitely go too far the other way – and talk too fast! These students would be fairly representative of job candidates who don’t have a great deal of work experience.