It’s the bane of every hiring manager — a deep pool of job applicants with a shallow set of skills and qualifications.

But the stack of mediocre résumés doesn’t reflect a dearth in available talent, necessarily. It may simply be the result of the language used in the advertisement for the opening. Ads have a better chance of drawing excellent candidates when they emphasize what the job offers, rather than what it requires, according to the results of a new psychological study. 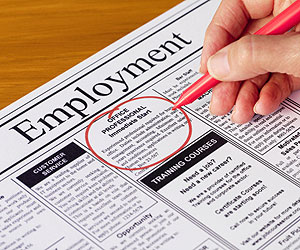 The research is based on the premise that job seekers are attracted to positions that suit not only their need for a paycheck, but their psychological needs for fulfillment and achievement, as well. Psychological scientist Joseph A. Schmidt of the University of Saskatchewan and his colleagues hypothesized that recruiters can craft job ads in a universally appealing manner — in part by elucidating the meaningfulness and satisfaction that people can derive from the job.

Schmidt and his team worked with a large multinational engineering-consulting firm, manipulating the wording of online job ads that the company had crafted for positions in engineering, technical design, and project administration (including cost estimators, accountants, and planners or schedulers.)

Some of the postings focused on how the job would provide variety, autonomy, and opportunity for advancement. These ads included statements such as “We seek to provide employees with constructive feedback to foster their career growth,” and “You will have the opportunity…to develop your skills in many areas.”

Other ads were worded to emphasize the demands of the position, with such statements as, “The successful applicant will have excellent written and verbal communication skills” and “Job incumbents will be required to show initiative in prioritizing tasks and carrying them through to completion.”

The researchers tracked the number of times each online ad was viewed, and — using the screening methods used by the company’s hiring managers — rated the applicants on educational qualifications, stability of employment history, and relevant experience.

With the company’s permission, the scientists surveyed some of the individuals who applied for the positions to find out their perceptions of the advertised and job, and of their own marketability. Those individuals were asked, for example, the levels to which they felt they met the job requirements, how much the jobs matched their career goals and professional needs, and the number of offers they expected to receive in their job searches.

As the researchers expected, the ads that appealed to the candidates’ needs, desires, and preferences drew more applications (as a ratio of job ad views) than those that emphasized what the company needed. In addition, the ads that emphasized fulfillment and opportunity drew the applicants that the scientists ranked as the highest quality. And even though the company’s hiring managers were unaware of the research being conducted, they were more likely to call the highest-ranked applicants in for interviews.

Schmidt and his team also noticed differences among the types of positions being advertised. Demand for technical workers such as engineers and designers is particularly high compared with administrative personnel, and the study showed that applicant quality was higher for those positions when the ad appealed to job seekers’ psychological needs. In contrast, the wording in the ads had no effect on the quality of applicants seeking the administrative positions.

This result indicates that talented people, especially those in high-demand fields, are significantly more focused than less marketable job seekers on finding positions that fulfill their needs. They “have the luxury to be more discriminating about the number and types of positions to which they apply,” the researchers write in the Journal of Business Psychology.

This underscores the importance of delivering recruiting messages effectively.

For Job Interviews, Earlier in the Day May Be Better

During a job interview, many applicants worry that their professional fate rests in the first few moments of the interview. After a few minutes—or even seconds—the interviewer has sized them up and arrived at a

The Sound of Employability: Interviewers Judge Your Voice

New research has identified one factor that can make a job applicant come across as smarter, warmer, and ultimately more employable than other candidates: the sound of their voice. When it comes to acing a

A Multicultural Mindset Can Bolster Your Career Prospects

Many leading companies are taking a stand on diversity. They’re actively seeking new hires from different backgrounds and cultures, following the logic that new people can shake up the status quo with fresh insights and