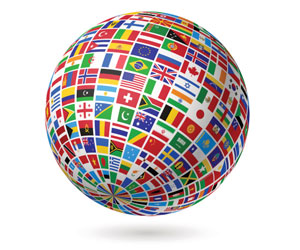 Many leading companies are taking a stand on diversity. They’re actively seeking new hires from different backgrounds and cultures, following the logic that new people can shake up the status quo with fresh insights and unknown perspectives.

It’s not difficult to see why — popular support for such initiatives is at an all-time high. Edward Jones, a leading financial advising firm, just commissioned a survey to see how more than 2,000 adults feel about multiculturalism in the workplace. More than 80% of minority respondents and 66% of people overall said it makes financial sense to hire a diverse group of individuals, and that doing so is likely to instill trust in clients.

But apart from the public support for such initiatives, what tangible effects does multiculturalism actually bring to the workplace? There may be as many negative aspects as there are positive. It’s possible, for instance, that differing perspectives and backgrounds may actually cause frequent miscommunications, potentially slowing down productivity.

But when it comes to boosting creative and integrative thinking, multicultural engagement is clearly a positive. According to a new study in Social and Personality Psychology, individuals who adapt and learn about new cultures gain a boost in complex, integrative thinking — a trait that translates to more job opportunities.

At the beginning of their MBA schooling — and then again after graduation — the participants wrote an essay on the pros and cons of working in multicultural teams. At each of these time points, judges carefully read each essay and rated them on their level of complexity. Some essays drew simple conclusions (e.g. “working in a multicultural team promotes different perspectives, but could also slow down productivity.”)

But others were more nuanced. (e.g., “the pros and cons actually originate from the same cause: different mindsets. Differences are sometimes beneficial and sometimes problematic depending on the situation.”)

In this case, the student conceptually linked the two different elements. As the researchers discovered, a student’s approach to the highly multicultural environment — a willingness to adapt to new ideas and to learn about new cultures — predicted his/her ability to conceptually link different ideas.

The researchers attribute these correlations to several factors. It’s possible, for instance, that the students’ integrative complexity allowed them to better handle multiple rounds of interviews and challenging questions. They may have also demonstrated more creativity in solving complicated business problems.

In any case, these results support the notion that increased diversity — and one’s psychological approach to that diversity — could have tangible benefits for companies and organizations looking for more thoughtful, well-rounded employees.

Is there a link to the article?