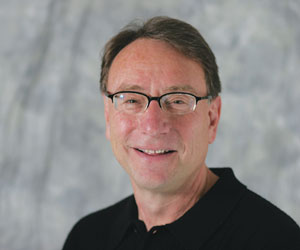 The Board of Directors of the Psychological Clinical Science Accreditation System (PCSAS), the new system that began with one program in 2009 and now has accredited 30 of the best clinical programs in the United States and Canada, has announced that Alan G. Kraut will be its new Executive Director.

Kraut previously served for 27 years as the founding Executive Director of the Association for Psychological Science (APS). The PCSAS Board announced Kraut’s appointment today in Chicago, where PCSAS was meeting in conjunction with the APS 2016 Annual Convention.

Kraut helped create PCSAS beginning in 1992 when an APS-organized Summit on the Future of Accreditation first raised the possibility of a new accreditation system. In the interim, Kraut and APS supported the Academy of Psychological Clinical Science (APCS) — an alliance that then directly created PCSAS.

Today, all PCSAS accredited programs and those deemed eligible for accreditation are included in U.S. News and World Report‘s 2016 Top Fifty Graduate Programs in Clinical Psychology.

Kraut also helped generate attention and recognition for PCSAS from the Council of Higher Education Accreditation (CHEA), the US Department of Veterans Affairs, the US Congress, and the National Institutes of Health (NIH), particularly from NIH’s former National Institute of Mental Health Director Thomas Insel (now with Verily Life Sciences at Alphabet, formerly Google).

“At NIMH, we thought of PCSAS at the cutting edge of where training should be in clinical psychological science, and as a model for how rigorous accreditation might have an influence beyond psychology,” Insel said. “And Alan Kraut is exactly the person to build on this to help move clinical psychological training to a new level. Excellent training is occurring in some programs, but we need to make that the norm in the name of better mental health treatment for all.”

Kraut succeeds APS Fellow Richard McFall, an Indiana University psychological clinical scientist and the founding Executive Director of PCSAS, who is retiring. McFall has been the leader most identified with the “clinical science movement,” which he virtually created in his 1991 Manifesto for the science of clinical psychology. (McFall, R.M. The Clinical Psychologist, 4, 75-88.)

“I want to make sure everyone knows not only what Alan has meant to the clinical science movement working in the background for over a quarter of a century, but how much we think he will advance PCSAS now as its more visible leader,” McFall said.

McFall and PCSAS Board President and APS Past President Robert Levenson, a clinical scientist at University of California-Berkeley, credit Kraut with galvanizing support for the organization’s initiative among APS members and the entire field of psychological scientists.

“Having Alan assume the Executive Director role from Dick will provide critical continuity in PCSAS’s deep commitment to graduate training that produces the best possible clinical scientists and that ensures that clinical science is applied in ways that are most effective in improving public health,” Levenson said.

Sarah Brookhart, who assumed the role of APS Executive Director in September 2015, applauded PCSAS’s selection of Kraut as McFall’s successor.

“This is a perfect ‘passing of the baton,’” Brookhart said. “Alan shares Dick’s deep commitment to embedding science into the training of clinical psychologists — and ultimately into the delivery of clinical care. And their work benefits the entire field, since research from all psychological science — cognitive, behavioral, social, neuroscience, and more — stand to have a heightened presence in clinical training.  I’m looking forward to working with Alan in this new capacity and to continuing to support PCSAS and clinical science more generally.”

Kraut himself sees PCSAS’s mission in the context of the critical public need for effective mental health interventions.

“Too many programs in clinical psychology (and social work, nursing, psychiatry, marriage and family therapy, etc.) are training in outmoded and ineffective psychotherapies and are not set up to efficiently train new generations of students either in how to best treat patients with mental disorders or in the research that would lead to new and better treatments for these most vulnerable citizens,” he said. “The real aim of PCSAS is nothing less than to inject science training into the treatment of mental disorders in a way that improves the health of patients, families, our nation, the world.”

his theory and findings as help me to be a better early childhood teacher. through college we have to put his theoretical view points into practice and it do reap success. wish him all the best in his life span.