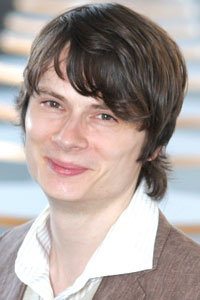 At the intersection of cognitive psychology, neuroscience, and endocrinology, my research focuses on how stressful experiences influence cognitive processes. In particular, I am interested in how stress and stress hormones shape our memories and how they affect the interactions of multiple, declarative and non-declarative memory systems.

To use the words of Jane Austen: ‘‘If any one faculty of our nature may be called more wonderful than the rest, I do think it is memory. There seems something more speakingly incomprehensible in the powers, the failures, the inequalities of memory, than in any other of our intelligences. The memory is sometimes so retentive, so serviceable, so obedient; at others, so bewildered and so weak; and at others again, so tyrannic, so beyond control! We are, to be sure, a miracle every way; but our powers of recollecting and of forgetting do seem peculiarly past finding out.’’ There is nothing to add, our memory is simply fascinating and I have been interested in the factors that influence our memories for long. Stress is a phenomenon that is common in modern societies. We experience stress, in varying degrees, every day, and people who have experienced extremely stressful events suffer from the memories of these events often for years. This is the reason why I became interested in stress effects on memory.

I am very fortunate to have been directly influenced by many talented and generous scientists. Chief among them is Melly Oitzl of Leiden University. She is a remarkable scientist and I learned a lot from her, especially during my first years as a PhD student. I owe her a great debt. More recently, at Ruhr-University Bochum, I have benefited from Oliver Wolf’s expertise. He encouraged me to employ techniques such as functional magnetic resonance imaging to learn more about the neural basis of memory processes.

I guess I have been lucky to be at the right place at the right time. In addition to that, it is probably a combination of immense curiosity and a lot of hard work.

Over the past five years, my colleagues and I have shown that stress and glucocorticoid stress hormones modulate multiple memory systems in favor of rather rigid, ‘habit’ memory and at the expense of more flexible, ‘cognitive’ memory. Using techniques such as functional magnetic resonance imaging (fMRI), I am now aiming to unravel the underlying brain mechanisms.

Any advice for even younger psychological scientist? What would you tell someone just now entering graduate school or getting their PhD?

(1)   Read as much as you can. You will notice that most of the questions you are asking have been asked before — and for some of them there might be already something like an answer.

(2)   Keep in mind that there is not the recipe for scientific success. However, curiosity, creativity, and, hard work are probably key ingredients and it won’t work without them.

This article is probably not my best publication, but it was my first publication in a scientific journal. I learned a lot about scientific writing while writing this manuscript, and the finding that stress may modulate the interaction of multiple memory systems in humans has inspired much of my work.