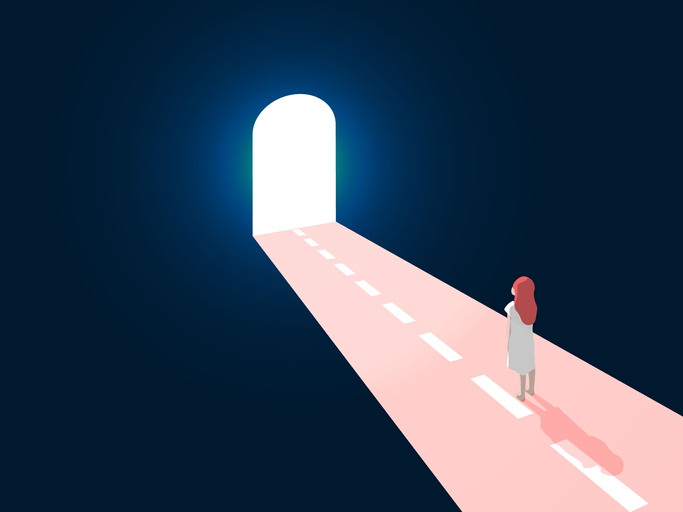 When you imagine your future, what do you see? In a recent study of goal-directed imagination published in Clinical Psychological Science, answers ranged from passing exams and traveling the world to reaching new fitness goals and strengthening relationships with friends and family. But to participants with depression, the future looked much dimmer, if they could imagine it at all. In the words of one participant experiencing a major depressive episode:

“Everything is just so blurred, it’s just like blackness… That’s probably why I don’t set goals—because I don’t see anything.”

They aren’t alone. Beau Gamble (University of Auckland, New Zealand) and colleagues found that, among 153 adult participants in New Zealand, those with higher well-being were able to more vividly describe what it would be like to achieve their goals. In addition, those who imagined more positive future scenarios were likelier to report high well-being 2 months later, whereas those who struggled to imagine a bright future were likely to remain depressed.

“Imagination is clearly an adaptive ability—and one that might be better harnessed to help individuals reach the futures they want,” Gamble and colleagues wrote. “These findings may have implications for the design of goal- and imagery-based interventions to reduce depressive symptoms or increase positive aspects of functioning.”

The researchers began by asking participants to list their short-, medium-, and long-term goals. After selecting their two most important goals for each time period, participants spent 3 minutes imagining and verbally describing a future scene in their life related to each one.

Participants also rated the attainability and importance of each goal and the joy or sorrow they expected it to evoke, in addition to completing a series of questionnaires on well-being and depression. Two months later, the participants completed the questionnaires again and reported their goal progress.

It remains to be seen if encouraging people to set goals differently could protect against depression, the researchers wrote, although prior research has suggested that imagining a more positive future could help people with depression find the energy to engage in more rewarding activities.