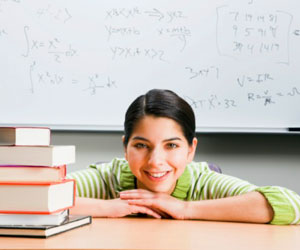 Students with profound mathematical and verbal reasoning skills at age 13 garner more awards, gather more grant money, have more patents, write more prolifically, are more likely to graduate with doctoral degrees, and are more likely to hold tenured positions at the best universities in the world, according to new research published in Psychological Science.

Psychological scientists Harrison Kell, David Lubinski, and Camilla Benbow of Vanderbilt University were interested in finding out just how successful super smart 13-year-olds would be later in life.

The researchers kept track of 320 adolescents who scored in at least the top 1% in mathematical and verbal reasoning ability on the SAT in the early 1980s, and they followed up with the participants more recently, when they were 38 years old. Kell and colleagues gathered information on the participants’ job titles, major awards, leadership roles, and occupational responsibilities.

The researchers found that, by any standard, these exceptionally smart 13-year-olds were remarkably successful in their respective fields at age 38.

For instance, 44% of them held doctorate degrees, contrasted with only 2% in the general population. In addition, 11.3% of the participants had achieved tenure at accredited institutions, many times higher than the average.

Though all the participants scored exceptionally well on both the mathematics and verbal reasoning portions of the SAT, the better of the two scores was significantly correlated with the careers they chose. Students with higher scores in mathematics were more likely to end up in fields related to business, engineering, and computer science, whereas students with higher scores on verbal reasoning were more likely to have careers in the arts, humanities, and life sciences.

According to the researchers, these data show that “young adolescents with profound talent in mathematical and verbal reasoning hold extraordinary potential for enriching society by contributing creative products and competing in global economies.”

Kell and colleagues conclude that above-level assessment techniques, such as those used in this research, may provide an efficient means of identifying large numbers of profoundly talented young adolescents who are likely to end up having a significant impact on society.