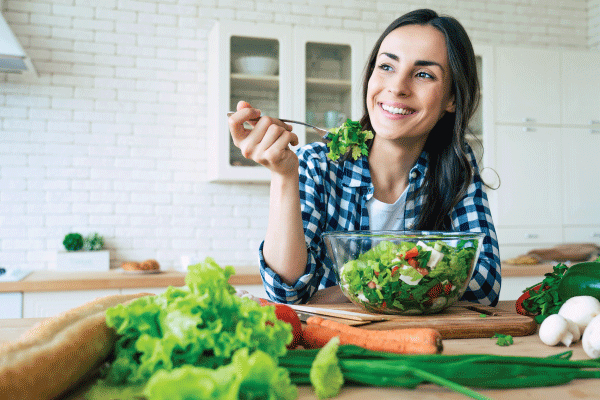 Sex Differences in Mate Preferences Across 45 Countries: A Large-Scale Replication

This research seems to support the popular perception that men are more likely to prefer attractive young mates, and women are more likely to prefer older mates with financial prospects. These sex differences were universal across the 45 countries surveyed. In countries where gender equality was higher, both sexes appeared to have mates closer to their own age. Contrary to older studies, this study found that gender equality did not predict other differences in mate preferences, such as financial prospects. Also, different countries’ rates of communicable and infectious diseases did not predict sex differences or preferences.
Psychological Science

Acknowledging the influence of irrelevant attributes in the selection of job candidates (e.g., interviews that benefit English speakers when native language is not relevant for the position) may help underrepresented groups obtain a fairer chance based on their true abilities. In this research, subjects preferred the candidate who had higher levels of an attribute irrelevant for the job (e.g., a better score on a written test influenced by the candidate’s native language for a truck driver position). However, when the irrelevant attribute was not a characteristic of the candidate but merely situational (e.g., limited time for the test), subjects’ preference biases were attenuated.
Psychological Science

Women’s preferences for certain male behaviors do not seem to change across the ovulatory cycle, this research suggests. Stern and colleagues found that women rated the sexual and long-term attractiveness of males displaying courtship or competitiveness behaviors the same regardless of where they were in their ovulatory cycle. Hormonal levels and relationship status did not affect the results. These findings are inconsistent with the theory that in the fertile (late follicular) phase, women shift their preferences toward indicators of men’s genetic quality, including dominant or competitive behaviors.
Psychological Science

Do Dr. Google and Health Apps Have (Comparable) Side Effects? An Experimental Study

Using Google or health-related apps to diagnose symptoms may increase health anxiety and have other negative effects. Participants did a fast-breathing exercise to induce hyperventilation and then either Googled possible causes for their symptoms, used a diagnostic app, or simply waited. Googling or using the app led to increased anxiety, stronger negative affect, and increased perceived need to consult a physician. These findings support the idea that health-related internet use may contribute to emotional distress, leading to so-called cyberchondria.
Clinical Psychological Science

Some Roads Lead to Psychology, Some Lead Away: College Student Characteristics and Psychology Major Choice

Martin C. Yu, Nathan R. Kuncel, and Paul R. Sackett
Yu and colleagues analyzed the characteristics and college trajectories of nearly one million students at 249 colleges and universities, comparing psychology with nonpsychology majors. Students who majored in psychology were not initially interested in the field, but those who had more exposure to psychology in high school were more likely to enter and stay in psychology. College students with poorer performance as science, technology, engineering, and math (STEM) majors often transferred into psychology, whereas those with higher performance transferred from psychology into STEM majors.
Perspectives on Psychological Science

Wändi Bruine de Bruin, Andrew M. Parker, and Baruch Fischhoff
The ability to make good rational decisions may be linked not only to the ability to solve new problems (fluid intelligence) but also to motivation, emotion regulation, and experience (crystallized intelligence). For example, although fluid intelligence declines with age, older adults do not necessarily lose the ability to make decisions, suggesting that skills that improve with age (e.g., experience) might contribute to decision-making competence. Thus, interventions to improve decision-making competence may be more successful if they motivate people to make good choices and provide them with opportunities to apply rational decision-making principles.
Current Directions in Psychological Science

Understanding Desire for Food and Drink: A Grounded-Cognition Approach

Esther K. Papies, Lawrence W. Barsalou, and Dorottya Rusz
Papies and colleagues suggest that the desire for food and drink arises from rewarding simulations based on previous experiences. Specifically, people think of food and drink in terms of what it feels like to consume them, which leads to desire to consume them. Research using behavioral, physiological, and neuroimaging measures shows that cues related to food and drinks (e.g., eating contexts such as being in a cafe) trigger these eating and drinking simulations, such as thoughts about taste and enjoyment, which then affect desire (e.g., cravings). Increasing working memory load or mindfulness can disrupt these simulations, reducing desire.
Current Directions in Psychological Science

This large-scale, multisite study assessed the replicability and variables that affect infants’ preference for infant-directed speech (IDS) over adult-directed speech (ADS). Across laboratories in several countries, the researchers presented recordings of women speaking in English to their infants and to adults and measured whether the infants preferred IDS over ADS, as indicated by head-turn preference or eye tracking. Overall, infants appeared to prefer IDS, although this effect was smaller than previous research had indicated. Also, infants preferred IDS more strongly when they were older (i.e., close to 12 months), when the IDS matched their native language, and when the measure used was a head turn.
Advances in Methods and Practices in Psychological Science

Reexamining the Effect of Gustatory Disgust on Moral Judgment: A Multilab Direct Replication of Eskine, Kacinik, and Prinz (2011)

This replication found little support for Eskine and colleagues’ (2011) original finding that conservative subjects, but not liberal subjects, who drank a bitter beverage before reading moral stories judged the characters’ actions more harshly than did subjects who drank a sweet beverage or water. Several laboratories attempted to replicate this finding by using the same procedure as Eskine et al. but found little to null effects of drinking the bitter beverage in comparison to drinking the sweet beverage and no overall differences between conservatives and liberals.

Healthier Eating is Possible Even During a Pandemic, If You Simply Talk to Yourself

A technique known as “distanced self-talk” is an effective strategy for making healthier food choices.

The National Academies of Science, Engineering, and Medicine released a consensus study report in August detailing strategies for reducing food waste at the consumer level.

A sample of research exploring mechanisms underlying attention-bias modification, effects of recall and memory disjointedness on trauma symptoms, and eating disorder pathology among those with food insecurity.