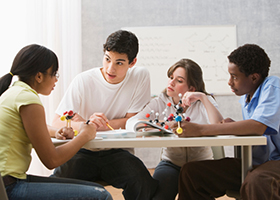 The world is a diverse place containing people of different races, ethnicities, and nationalities. This diversity, although beneficial in many ways, can also lead to tensions resulting in conflict between groups. Such strife occurs at every level of society, and the negative social and political outcomes it produces have led researchers to investigate ways to reduce conflict and prejudice. In a 2015 study published in the European Journal of Social Psychology, researchers Gunnar Lemmer and Ulrich Wagner (Philipps-University Marburg, Germany) examined the effectiveness of intergroup contact at reducing ethnic prejudice.

The intergroup contact theory is based on the idea that interactions between members of different groups help improve intergroup attitudes and reduce intergroup tensions and prejudice. Lab-based and real-world studies have examined the impact of different types of interactions — including face-to-face contact, indirect forms of contact, and virtual contact — at reducing prejudice between different ethnic groups. Researchers also have studied the efficacy of this type of intervention in minority- and majority-group members, as well as in regions where serious pre-existing or historical conflict exists.

The studies conducted in this field use a wide range of research designs and methodologies to examine a variety of different variables. To understand the overarching message conveyed by this body of work, the researchers conducted a meta-analysis of studies examining real-world intergroup contact interventions.

The researchers identified relevant papers by completing searches of several large databases, journals, and topic-related conference proceedings, examining the reference sections of articles, and consulting with organizations and experts.

The search resulted in 73 documents containing 129 independent comparisons that assessed the effectiveness of either direct or indirect intergroup contact interventions immediately or up to 1 year after intervention completion.

The researchers found that overall, intergroup contact interventions resulted in improved attitudes toward other ethnicities, when tested both immediately and up to 1 year later. Interventions using direct face-to-face contact, indirect contact, or a combination of the two were equally effective. When looking at specific types of contact intervention, the researchers found those using contact meetings (i.e., where people are brought together, usually through structured group discussions about intergroup relations), cooperative learning methods (i.e., where people are brought together to work toward a common learning goal that is not related to interethnic relations), and extended contact (i.e., where people are exposed to stories, videos, or plays that display positive relationships between ethnic groups) to be effective; however, the effectiveness of virtual contact programs (i.e., indirect interaction using computer-based systems) was not verifiable.

The researchers found contact intervention to be effective in places with high-intensity conflicts between ethnic groups and in places where such conflict had occurred in the recent past. Interventions were more effective for ethnic majority group members but were still of benefit to ethnic minority group members, and the impact of contact interventions was found to generalize not only to individual outgroup members but to the entire outgroup, improving attitudes towards entire target ethnic groups.

In a time of increasing globalization — and global conflict — these findings suggest that intergroup contact interventions may be a valuable tool for reducing prejudice and increasing understanding between ethnic groups at the local, national, and global level.

Lemmer, G., & Wagner, U. (2015). Can we really reduce ethnic prejudice outside the lab? A meta‐analysis of direct and indirect contact interventions. European Journal of Social Psychology, 45, 152–168.