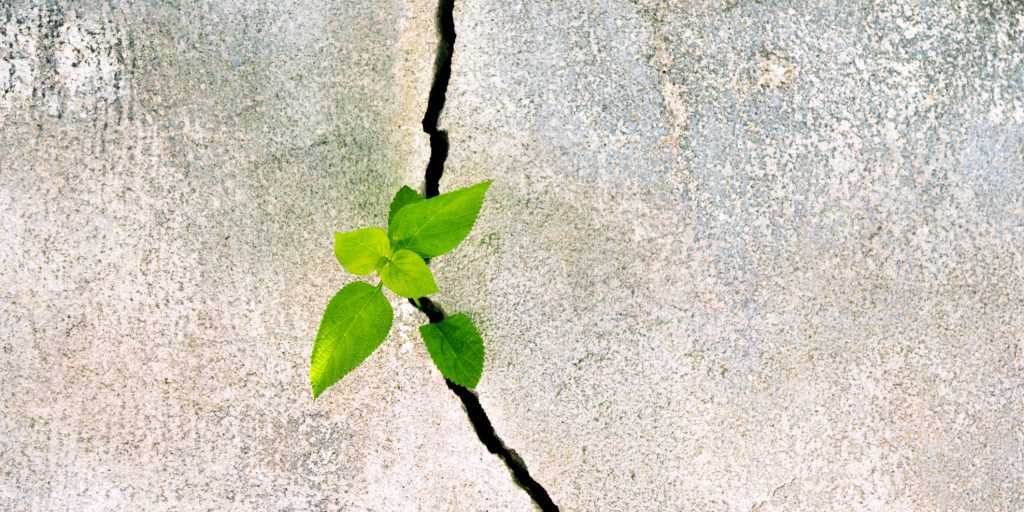 When someone goes through a rough period, say a divorce or losing a job, the common thought has been that this is a test of the person’s ability to bounce back — and most psychological studies have supported the idea of a person’s innate resilience to the struggles of life.

But new research suggests that natural resilience may not be as common as once thought and that when confronted with a major life-altering event, many people can struggle considerably and for longer periods of time.

The findings are published in the March 2016 issue of Perspectives on Psychological Science. Accompanying the new study is a methodological commentary from APS Fellow George A. Bonanno, a professor of clinical psychology at Teachers College, Columbia University and Isaac R. Galatzer-Levy, an assistant professor of psychiatry at New York University School of Medicine.

“We show that contrary to an extensive body of research, when individuals are confronted with major life stressors, such as spousal loss, divorce or unemployment, they are likely to show substantial declines in well-being and these declines can linger for several years,” said Frank Infurna, an ASU assistant professor of psychology and co-author of the new study.

Infurna and co-author Suniya Luthar, an ASU Foundation Professor in psychology, were seeking to replicate prior work that showed among adults, resilience — which is described as stable, healthy levels of well-being and the absence of negative outcomes during or following potentially harmful circumstances — is the prototypical trajectory after potentially traumatic events.

The researchers used existing longitudinal data from Germany (the German socioeconomic panel study), which is an ongoing survey that began in 1984 and annually assesses participants over a wide range of measures. The outcome that they focused on was life satisfaction, which assesses how satisfied individuals are with their lives, all things considered, as they pass through years of their lives.

Essentially, Infurna and Luthar documented that “rates of resilience” vary substantially based on assumptions applied while running the statistical models.

Previous studies assumed that whereas resilient and non-resilient groups differed in life-satisfaction changes over time — steady and high in the former but not the latter — trajectories of change were the same for all people within all of the groups.

The second assumption in earlier studies was that “peaks and valleys” over time would be the same within the resilient and non-resilient groups, that is, the degree to which people showed extreme highs and lows around the average of their own subgroups.

Merely removing the restrictive assumptions applied in previous studies dramatically changed the percentage of people found to be resilient. Using exactly the same database, rates of resilience in the face of unemployment were reported to be 81 percent. With the restrictive assumptions removed and having applied specifications of the model that are more in line with conceptual assumptions, Infurna and Luthar found the rates to be much lower, around 48 percent.

The findings have implications not just for science but for public policy. According to Infurna, sweeping scientific claims that “most people are resilient” carry dangers of blaming the victims (those who do not rebound immediately), and more seriously, suggest that external interventions are not necessary to help people hit by traumatic events.

“Previously it was thought such interventions may not be a good utilization of resources or could be detrimental to the person,” he said. “But based on our findings, we may need to rethink that and to think after the event: What are the best ways that we can help individuals to move forward?”

Well, even though life satisfaction might be determined by a resilient mindset, it might take a while for someone who went through a major life-threatening event to actually report a satisfying life… just because of the perceived loss, not because the person is unable to cope. In my opinion life satisfaction is a somewhat biased indicator.

Stressed Teens Benefit from Coping Online, but a Little Goes a Long Way

Academic life is not just about discovery and excitement. Seven scholars share some common negative experiences in academia that no one talks about.

APS Fellow Charles S. Carver, whose research focused on the personality dimensions of optimism versus pessimism, has died.