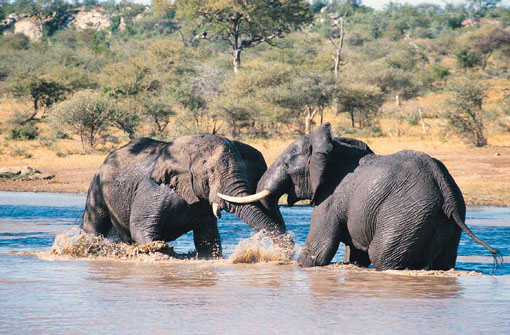 “I’ve Got to Be a Macho, Macho Man.” Village People said it, but research has the science to back it up. An article published in Current Directions in Psychological Science explains that when men feel threatened, they use aggression to assert their machismo.

In a series of studies, some men were asked to do “feminine” tasks such as braiding hair while others were asked to do gender-neutral tasks such as braiding a rope. When given the option to punch a bag or do a puzzle, those whose manhood had been threatened were exceedingly more likely to choose the former. When all volunteers got to punch the bag, those who had braided hair punched it harder. Another study found that both men and women tend to attribute women’s aggressive behaviors – when someone has insulted their womanhood – to character traits (e.g. immaturity) and women do the same when men are aggressive. However, when the aggressor is a man whose manliness has been threatened (e.g. he was insulted), men tend to blame their aggression on the provocation.

The research shows that while womanhood is seen primarily as a biological state, it seems that manhood can be “lost” through social transgressions and aggression is a way to get it back. Don’t ask a typical man to play with dolls unless you want his macho side to come out and play too.