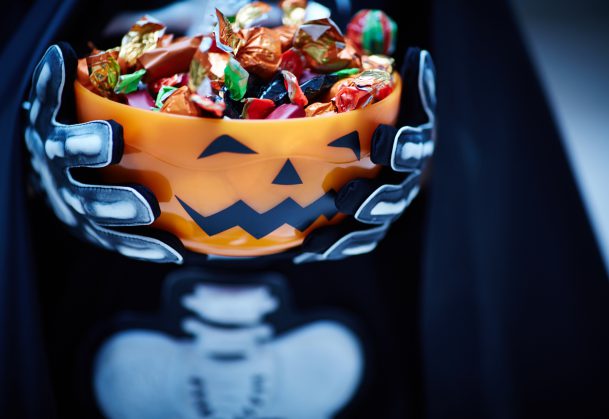 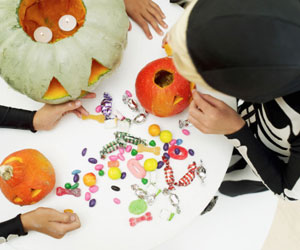 Late on Halloween night, with candy strewn across the dining room table, millions of children across the United States will enjoy the hard-earned fruits of their trick-or-treating labors.

After picking through the spoils and immediately rejecting the — ahem — less desirable candies (think Necco Wafers, Circus Peanuts, and black licorice), every child will face an important question: Which to nosh on first and which to save for last?

They’re right to think carefully, because psychological science suggests that the approach they take will influence their overall candy-eating experience.

In a study published last year in Psychological Science, participants were asked to eat five different flavors of Hershey’s Kisses presented in a random order. Just before eating the fifth chocolate, the researchers said either “here’s the next chocolate” or “here’s the last chocolate.”

Regardless of which flavor Hershey’s Kiss was the final in the taste test, participants who were aware that it was the last chocolate preferred it over the rest and rated the overall experience as more enjoyable than participants who thought they were just eating one more chocolate in a series.

The study suggests that the “saving for last” tactic might be one way to choke down the mediocre candies rattling around at the bottom of the bag.

For kids who are after maximal flavor and enjoyment, creating a little ritual out of the candy-eating experience may be the course to take.

According to another Psychological Science study published in July, participants who methodically unwrapped and ate a chocolate bar rated it more highly, savored it more, and were willing to pay more for it than another group of participants who simply ate the chocolate in whatever fashion they wished.

This might mean that the oft-practiced tactic of organizing M&Ms by color actually improves their taste, or that building towers out of Smarties gives them a flavor boost.

In any case, even after memories of haunted houses and scary costumes fade away, some may want to approach Aero and Krackel bars with caution: Research shows that people with trypophobia – a fear of holes – might find them spoooooooky.

The Benefits of Spicing Up a Breast-Feeding Mother’s Diet

The New York Times: When I had my children I felt that there was a tendency by experts, including those in my own pediatric profession, to push certain principles that took all the fun out of life. This played out for me, in particular, after I gave birth to my More

Processing Speed Helps Determine Whether We Choose Carrots Over Chocolates

Every January, many people will pledge to make healthier food choices a priority for the upcoming year—swapping out that slice of chocolate cake for a bag of carrot sticks. But, keeping that healthy eating resolution isn’t so easy when we’re actually faced with choosing between rich, delicious cake and crunchy More