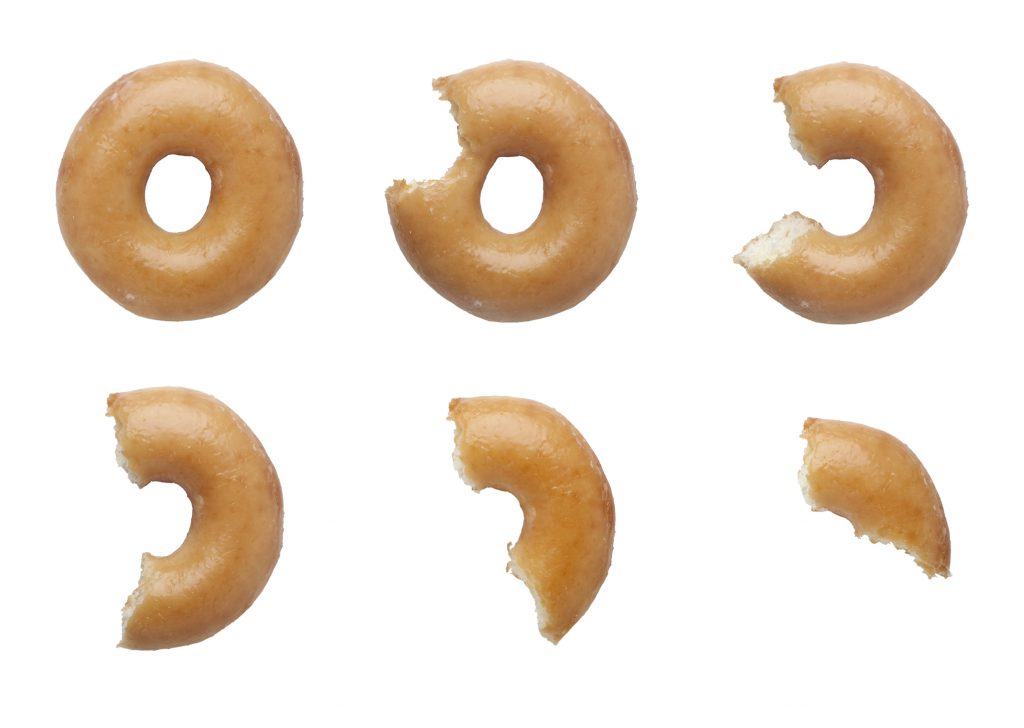 Our memories for foods are often vivid, especially when we experience foods that are terrifyingly bad or delightfully good. The findings from this research shed light on how memories for food are formed and how they guide our decisions about how soon we’re willing to eat a food again.

“Companies profit not only from the sale of food items but also from how frequently those particular items are sold, and the impact of eating both healthy and unhealthy foods on people’s health is determined not only by how much they eat but how often those foods are eaten,” says Garbinsky. “As such, it seemed important to get a better understanding of what influences the amount of time that passes until consumption is repeated.”

Garbinsky and colleagues Carey Morewedge of the Boston University School of Management and Baba Shiv of the Stanford University Graduate School of Business investigated the question in a series of studies.

In one study, the researchers asked 134 undergraduate students to sample 3 flavors of Nut Thin crackers and then choose one to eat. They were then given a specific number of crackers and were asked to rate how much they enjoyed each one after they ate it.

These findings replicate previous findings on “sensory-specific satiety”: Each bit of food is less pleasant than the one before it. Thus, the bigger the portion, the less enjoyment you get out of the last few bites.

More importantly, participants’ enjoyment of the last cracker (manipulated by portion size) seemed to influence how soon the students wanted to eat the crackers again: Participants who ate a small portion typically opted to receive a giveaway box of Nut Thins sooner than did participants who ate the larger portion.

These results suggest that the most recent tastes experienced in the last few bites of a given food drive our decisions about when to eat that food again, a finding that they researchers replicated in a second study.

Garbinsky and colleagues hypothesized that this so-called “recency effect” might be explained by memory interference induced by the repetitiveness of eating:

“A glass of juice, bowl of ice cream, or bag of potato chips contains many units of very similar stimuli that are consumed one sip or bite at a time until the entire portion has been eaten,” they write.

So, if we take a lot of bites of the same food in succession, our memory for the last bites may interfere with our ability to accurately remember the initial bites of that food.

The fact that memory for the last few bites seems to drive our decisions about when to eat a food again may be particularly relevant in places like the United States, where portion sizes tend to be larger and are likely to result in lower end enjoyment:

“This finding is important in that it suggests that large portions may be somewhat detrimental to companies because they extend the amount of time that passes until repeat consumption occurs,” says Garbinsky. “And it’s also important to the public, as eating too much of a favorite — or healthy — food may increase the delay until one wants to eat it again.”

The studies do suggest that certain strategies — such as thinking back to the first few bites — could be used to encourage consumers to eat a food again soon. But, as tantalizing as these insights may be, Garbinsky cautions that more research is needed to investigate whether the findings translate to real-world settings, in which consumers have more control over deciding what and how much they eat.

All data and materials can be accessed at http://stanford.edu/~emilyg47/cv.html. The complete Open Practices Disclosure for this article can be found at http://pss.sagepub.com/content/by/supplemental-data.