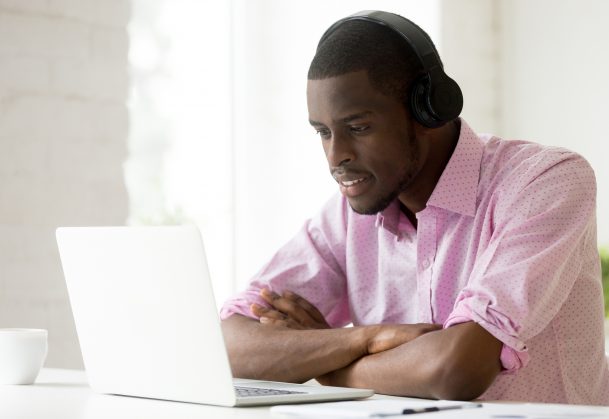 People who tend to ruminate — engaging in a cycle of negative, repetitive thoughts — are at risk for depression and other psychological disorders. Is there a way to stop the broken record? Research published in Clinical Psychological Science suggests that computerized cognitive training may be one effective tool.

The study found that a half-hour training session focused on boosting cognitive control could reduce ruminative thoughts triggered by a memory of an unpleasant personal experience.

Psychology researchers Noga Cohen of Ben-Gurion University of the Negev (BGU), Nilly Mor from Hebrew University, and Avishai Henik from BGU based the study on their previous research, in which they found that activation of cognitive control mechanisms helps to suppress distracting information and reduce the disruptive effects associated with high emotional arousal.

In the new study, half of the participants were provided with computerized training that was designed to engage these cognitive control mechanisms.

Then, all participants were asked to write about a negative event that made them regretful or disappointed in themselves and answer a short questionnaire that assessed their current ruminative thoughts. The questionnaire include statements such as, “Right now, I can’t stop thinking about what happened”, and “Right now, I ask myself why I deserve this”.

Participants who had received the computerized cognitive control training reported fewer ruminative thoughts than those who hadn’t received the training.

Furthermore, participants who reported a greater general tendency toward rumination were more likely to report increased sad moods, but only if they had not received the cognitive control training. In other words, the training seemed to diminish the link between the tendency to ruminate and sad moods.

The researchers believe that these findings may pave the way for the development of easy-to-implement and accessible interventions for individuals who suffer from emotional difficulties or disorders such as depression and anxiety:

“There is a real opportunity, through cognitive training, to exit this extremely negative cycle,” says Mor.

“The fact that we succeeded in training this mechanism and to influence the way people deal with unpleasant experiences is extremely significant and I believe that this training will help those suffering from emotional difficulties in the future,” Cohen concludes.

Tanks for your important work. I have a client that suffers alot from such thoughts. I’ll be interested to know if you need participants in further experiments/

Could you please advise what type of computerised training that was used, and would it be available to anyone? or anyone seeing a psychologist?

Psychological Science in the Public Interest (Volume 21, Number 2)Read the Full Text (PDF, HTML) Time-limited experiences such as educational interventions may have long-lasting effects and alter a person’s life trajectory, but in some instances, their effects are short-lived. Understanding the factors that influence and contribute to the persistence and More