Publications > Observer > Observations > Are We Overreacting to Cyberbullies? 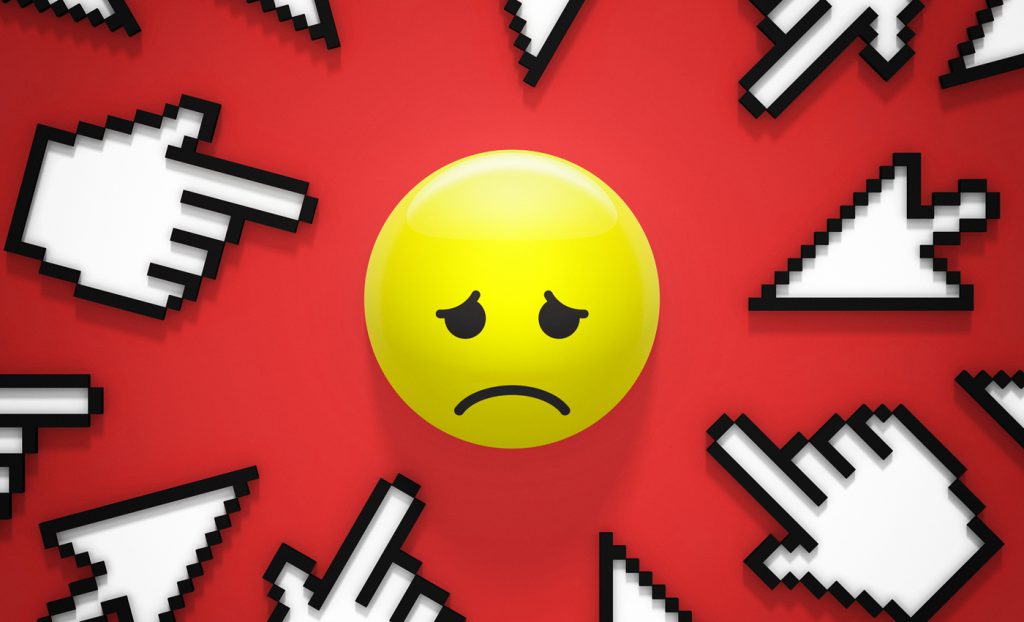 The headlines are alarming: Cyberbullying Leaves Staggering Statistics in Its Wake. High School Students Learn Consequences of Cyberbullying. Are Kids Cyberbullying Their Teachers?

For several years, cyberbullying has remained a hot topic among journalists and researchers. Both groups have contributed to the widespread perceptions that cyberbullying is quite common among young people and that it becomes dramatically more common as the influence of technology spreads. Cyberbullying, the public has been told, is spawning new bullies and affecting new victims — kids who wouldn’t be involved in bullying at all if technology were not serving as a facilitator.

Enter APS Fellow Dan Olweus, a research professor from the University of Bergen, Norway, who is known as the “founding father” of research on bullying. His empirically tested Olweus Bullying Prevention Program has been shown in a number of studies to substantially reduce bullying behavior in schools. In an invited expert discussion paper published in the European Journal of Developmental Psychology, Olweus calls for a more measured reaction to the emergence of cyberbullying. According to the data, he says, cyberbullying isn’t as common as more traditional types of bullying, and it isn’t creating very many “new” bullies or victims, either.

Olweus’s conclusions are based on several large-scale studies. One, conducted in the United States, analyzed survey data collected between 2007 and 2010 from 450,490 total elementary and high school students in 1,349 schools. A second study analyzed longitudinal data obtained between 2006 and 2010 from 9,000 Norwegian students, and a third study analyzed data obtained from 2,684 middle school students in the southeastern and northwestern United States.

Dan Olweus’s article is part of a special section on cyberbullying published in the European Journal of Developmental Psychology in 2012. Read more from the special section:

A Discussion on Bullying and Cyberbullying: An Introduction by the Editor by APS Willem Koops

Cyberbullying: Neither an Epidemic nor a Rarity by Sameer Hinduja and Justin W. Patchin

Cyberbullying: Challenges and Opportunities for a Research Program: A Response to Olweus by APS Fellow Peter K. Smith

Comments on Cyberbullying Article: A Rejoinder by Dan Olweus

In part, Olweus thinks, the contrast between these results and the large number of dramatic media stories on cyberbullying may result from misinformation among many journalists and some researchers about what counts as bullying. Not all aggression should be classified as bullying, he cautions; bullying must be intentional, occur with some degree of repetition, and involve a power imbalance between the perpetrator(s) and victim.

Olweus also notes a high degree of overlap between traditional forms of bullying and cyberbullying, with a large majority of self-reported perpetrators and victims of cyberbullying also classifying themselves as perpetrators and victims of traditional bullying. Olweus cautions that due to the very small number of bullies and victims who have experienced only cyberbullying, it may be challenging for researchers to obtain datasets large enough to answer specific questions about cyberbullying. This  seems to be true even when researchers include  low-frequency acts in the category of cyberbullying: By definition, bullying usually involves some repetition, but Olweus checked the strength of his data by allowing for the possibility that even one or two instances of cyberbullying may be particularly upsetting to victims because of the unique potential for cyberbullies to share hurtful information, such as embarrassing photographs and videos, with a large number of peers. (Even though cyberbullying is a low-frequency phenomenon, such forms are almost certainly very hurtful and distressing and must be taken seriously.)

To counter cyberbullying, Olweus suggests that “schools direct most of their anti-bullying efforts to counteracting traditional bullying” because those efforts will reduce and prevent most cyberbullying, too. He also recommends that schools and communities devote money, technological expertise, and time to thoroughly investigating a few cases of cyber bullying — and then communicating the results clearly and openly, but anonymously, to students. “This system-level strategy would substantially increase the perceived risk of disclosure and would very likely be able to reduce further the already low prevalence of cyber bullying,” Olweus concludes in his paper.

Publications > Observer > Observations > Are We Overreacting to Cyberbullies?