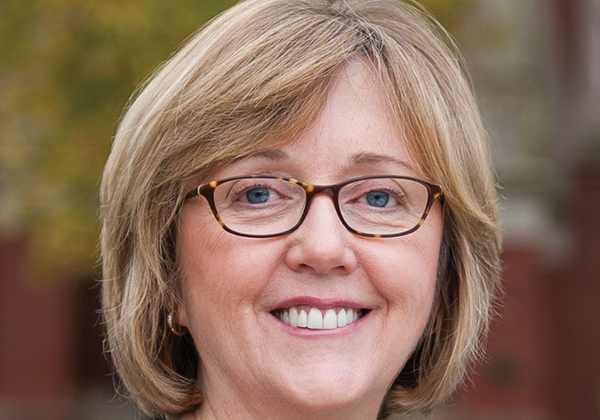 Smith College gave me the opportunity to attend the University of Geneva, Switzerland, as a 20-year-old and study with Jean Piaget, Barbel Inhelder, and Hermine Sinclair — an incredible introduction to the field of psychology, which got me hooked. Today, Smith is providing opportunities for many young women to study and practice science and is thus playing a crucial role in diversifying who conducts science. Kathleen McCartney, a developmental psychological scientist and president of Smith College, describes the college’s goals with respect to women and science, including, of course, psychological science.

Numerous studies have identified a gender gap in science, technology, engineering, and mathematics (STEM) in the United States — a gap that threatens the country’s leadership position and competitive advantage in the global economy. According to the US Department of Commerce, women hold fewer than 25% of STEM jobs in the US.[1] In engineering, the disparity is even greater; although women earn 20% of engineering degrees, they represent only 13% of employed engineers.[2] Degree attainment among women in computer science has fallen from its peak of 35% in 1985 to 17% today.[3]

Three factors contribute to the lack of women’s representation in STEM. First, the comparatively small proportion of women working in STEM fields, and therefore ascending to leadership positions in STEM, results in a dearth of female role models and mentors at all stages of the STEM pipeline. Second, implicit and explicit biases contribute to women concluding that a career in the sciences is not for them. Finally, for women who do pursue careers in STEM, the lack of institutionalized family supports may inhibit career aspirations, especially because these are fields that often require long hours in the workplace. This, of course, contributes to a loss of talent.

Women’s colleges are uniquely positioned to address the gender gap in STEM fields. For example, Smith College, where I serve as president, established the first engineering program at a women’s college in 1999. Today, 40% of Smith students major in one of the STEM fields — double the national average for undergraduate women. We have identified a number of principles that have advanced our work.

Principle One: Mentor via Cohorts

Research demonstrates that people learn better when they gain a sense of mutual support and accountability from active, meaningful learning communities. Smith College psychology professor Patricia M. DiBartolo served as lead author on a recent paper about successful intervention initiatives that promote persistence for students in STEM fields, particularly students from underrepresented populations.[4] In a study of 11 colleges and universities, the researchers found four common elements: cohort and mentoring programs, research- and inquiry-based experiences, attention to quantitative skills, and outreach programs that broaden the pool of future scientists.

Among these interventions, mentoring and cohort programs have proven extremely successful at Smith. One example is our Achieving Excellence in Mathematics, Engineering, and
Science (AEMES) program, launched in 2007. AEMES connects
underrepresented students with faculty and peer mentors, engages students in faculty-supervised research, and creates a network of academic and social support and encouragement. Institutional research has shown that AEMES improves the bonds between students and faculty, peer-to-peer connections among students, and student outcomes:

APS Past President Mahzarin R. Banaji of Harvard University has done groundbreaking work in the study of implicit bias. Her research focuses on “unconscious thinking and feeling as they unfold in social context.”[5] Banaji and her collaborator, APS
William James Fellow Anthony G. Greenwald, call these stereotypical thought patterns (based, for example, on race, gender, ethnicity, or ability) “blindspots.” Consider, for example, the tendency to favor a résumé with a male name versus a female name when candidates present equivalent qualifications, a well-documented finding in social science. In their book, Blindspot: Hidden Biases of Good People, Banaji and Greenwald suggest that the first step to overcoming such biases is to develop a heightened awareness of them and to bring this awareness to the surface, where it can be considered and confronted.

“Because many biases are not ones of which we are even aware,” they note, “the act of becoming aware of them is a key first step.”[6]

Beyond awareness, interventions that help to mitigate the effects of implicit bias include participating in diversity training and professional development; seeking active feedback about one’s own unconscious biases from mentors and peers; and reviewing hiring criteria to ensure they do not privilege or disadvantage candidates on the basis of race, gender, or other characteristics.

Cultural assumptions about the sexes limit the aspirations of men and women alike. In a column for CNN, I argued that “the narrative in our culture is consistent and unyielding … omnipresent in our lives: Raising children is mothers’ work, not parents’ work.”7

Our country needs to do more to support employed parents, beginning with parental leave. Presently, the United States ranks 33rd among countries in the Organisation for Economic Co-operation and Development in support for early care and education; only Slovakia, Cyprus, and Estonia are ranked lower.For example, England guarantees 1 year of maternity or shared parental leave, including 39 weeks of paid leave. Although cities such as New York and San Francisco have mandated leave policies, they remain outliers in this country. Affordable, high-quality child care is another obstacle for women as well as men pursuing careers in STEM.

There is much more to do to promote equity and to expand the STEM talent pool. Barriers to women’s success in STEM limit innovation, prosperity, and economic growth. If we draw from only half the population, we leave capacity on the table. While women’s colleges are well positioned to advance women in STEM, the interventions that work are replicable across classrooms, universities, and workplaces around the world. 

Kathleen McCartney was installed as president of Smith College in 2013. Her research has focused on early experience and development, particularly with respect to child care, education, and poverty. She can be contacted via apsobserver@psychologicalscience.org.

Storybooks Could Be an Early Source of Gender Stereotypes for Children

Reading to children offers many benefits. A new study reveals, however, that popular storybooks are an underrecognized source of gender stereotypes, and children’s books often contain stronger gender biases than texts for adults.