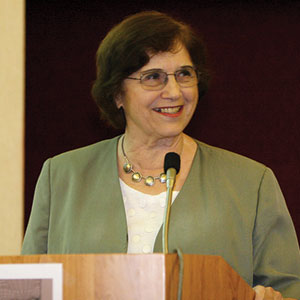 Treisman’s research focuses on how humans perceive the world around them and turn those perceptions into meaningful thoughts, memories, and actions. One of her most noteworthy achievements is the Feature Integration Theory (FIT), which has been enormously influential in psychological science and related disciplines. According to FIT, human visual perception allows us to encode characteristics such as color, form, and orientation even in the absence of spatial attention. Attention is what allows us to relate these features in a meaningful way and recognize objects. In the absence of spatial attention, Treisman has demonstrated, the features that people perceive can bind randomly and cause perceptional errors. For example, people who are shown an image of a blue triangle and a red circle might report seeing a blue circle and a red triangle if they are not focusing their attention on the shapes and their colors (Goldstein, 2008).