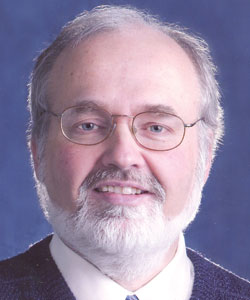 Perfectionism research began to grow exponentially in 1991 with the creation of two measures bearing the same name – the Multidimensional Perfectionism Scale. Twenty years later, empirical work on perfectionism continues to yield important findings. For instance, at the APS Convention last May, there were 12 presentations on diverse topics such as the developmental antecedents of perfectionism, the link between perfectionism and body dissatisfaction, the role of perfectionism in social phobia, and the tendency for perfectionistic new mothers to suffer from excessive worry.

Recent studies continue to suggest that the costs of perfectionism outweigh the benefits. APS Members may be particularly interested in a study of perfectionism conducted by Simon Sherry and colleagues at Dalhousie University in Nova Scotia (Sherry, Hewitt, Sherry, Flett, & Graham, 2010). Examining levels of perfectionism, conscientiousness, and academic productivity in psychology professors, they found that conscientiousness was associated positively with total publications, but perfectionism was associated negatively with the number of publications. What about publication impact? Did perfectionists produce better papers? Unfortunately, this was not the case. Perfectionists tended to have papers with less impact. These data show that there really is a fine line between striving for excellence and striving excessively for perfection.

Some of the largest costs associated with perfectionism may be in terms of poor health. A longitudinal study following a sample of Canadians over 6.5 years showed that trait perfectionism predicted earlier mortality (Fry & Debats, 2009). This finding held even after controlling for other health risk factors such as pessimism and low conscientiousness. A subsequent 2011 study of diabetes patients by the same investigators yielded a more anomalous pattern of results. Still, a link between perfectionism and serious illness is not surprising given that unrelenting perfectionism can be a recipe for chronic stress. Unfortunately for perfectionists, recent data in our lab (Baricza, Gupta, Hewitt, & Endler, 2011) suggest that once perfectionists experience a chronic health problem, they have coping difficulties. Our study of patients with Crohn’s disease or ulcerative colitis found that perfectionism was linked with maladaptive emotion-oriented coping and greater illness impact. Similar results emerged from a study we conducted with 100 cardiac-rehabilitation patients (Shanmugasegaram et al., 2007). Another new study conducted with cardiac patients in Montreal has linked self-critical perfectionism with psychosocial adjustment problems and other vulnerability factors (Dunkley et al., in press).

Meanwhile, other researchers continue to explore when perfectionism is adaptive versus maladaptive. A compelling series of studies reported by Powers, Koestner, Zuroff, Milyaskaya, and Gorin (2011) demonstrated that a key factor is the consistent association between perfectionism and dispositional self-criticism.

Given the apparent costs of perfectionism, much is to be gained from preventive efforts that highlight the difference between striving for excellence versus striving to be perfect. As data emerge on the consequences of perfectionism in young people, it is clear that prevention efforts should start in schools, but perfectionists of all ages can benefit as well.

Maybe, consciousness is even worse than perfectionnism. What if publishing be linked positively with narcissism; that is a need to exteriorize object relation. I see a lot of people with great deal of wisedom and they don’t publish. Could it be that modern psychology is too empirical ? Is it possible to look not at overt behavior but at the deepply anchored souverirs that cause it ?
thanks you for your answer,
Samuel marchand

holds a Canada Research Chair in Personality and Health. He is also a professor of psychology in the Faculty of Health at York University and a member of the LaMarsh Centre for Child and Youth Research. In addition to his research on perfectionism and health, Flett is also exploring how aspects of perfectionism are transmitted from parents to their children. He can be contacted at gflett@yorku.ca.