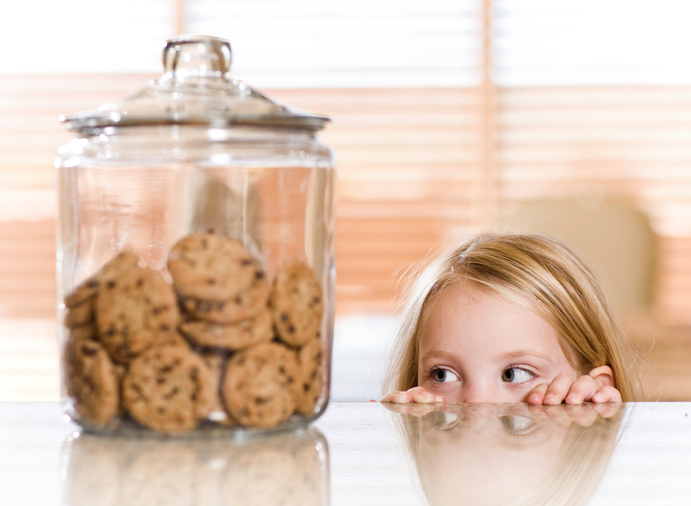 At the dawn of the 20th century, Western society faced a huge education gap. Most people had a mere 8 years of schooling, with only a few students attending university. Many people didn’t know how to read. Teaching literacy became a prime societal goal in developed countries during the early 1900s, and those education initiatives were highly successful.

In her speech, the Duke University psychological scientist shared a variety of findings on childhood self-control gleaned from longitudinal data that she and her colleagues have been studying for the last few years. She has found that childhood measures of self-discipline predict everything from personal income to the pace of physiological aging in adulthood.

Moffitt noted that the intense interest in self-control cuts across a variety of scientific disciplines, including personality, social, and child psychology; economics; neuroscience; psychiatry; and management science — largely because it is becoming as critical to survival as reading was a century ago.

“Historians are telling us that we need our self-control to avoid becoming obese, because we live, for the first time in human history, in an era of easy food availability,” she said. “We need it to maintain our fitness, because for the first time in human history, our jobs are sedentary. We need our willpower to sustain marriages because it’s so easy to get divorced today. We need our self-discipline to prevent addiction because illicit and addictive substances are easily accessible all around us. … Now on top of all that, we have to save for our old, old age in an era without guaranteed pensions.”

The data that have served as the core of Moffitt’s ongoing research are compiled from the Dunedin Multidisciplinary Health and Development Study, consisting of more than 1,030 people born in 1972–1973 in the town of Dunedin, New Zealand, and followed from birth.

Beginning at age 3, the participants entered a clinical setting for evaluation every 2 years through their adolescence, then again at ages 18, 21, 26, 32, and 38. An impressive 95% of the participants have remained in the study their entire lives.

Moffitt and her colleagues measured each participant’s level of self-control through the first decade of life by assessing such qualities as impulsivity, frustration tolerance, persistence, motivation, and risky behavior.

During the participants’ childhoods, the research team also gleaned self-control measures through staff observations in the clinic, reports from parents and teachers, and self-reports (once the children were 11 years old and considered capable of some self-reflection).

To assess health in adulthood, in each visit to the clinic, the participants undergo a full day of medical examinations, including tests for cardiovascular fitness, body fat, blood pressure, lung function, and dental health. The researchers collect blood samples for such measures as cholesterol, inflammation, and the presence of sexually transmitted infections.

According to results, the participants who had measured the lowest on self-control in childhood scored the highest on various health problems by age 38, Moffitt reported.

Particularly interesting was the pace at which the Dunedin subjects aged physically. Since 1998, when the participants were in their mid-20s, the researchers have repeatedly examined several biomarkers to track physiological integrity, including cellular aging, gum disease, body mass index, cholesterol, and cardiorespiratory fitness. They then developed an algorithm that combines the biomarkers to estimate each individual’s biological pace of aging.

They found that at age 38, those scoring the lowest on self-control were, in terms of the biomarkers, really about age 39, while those in the high self-control group had a mean biological age of about 37.

“So the two groups are about one-and-a-half years apart,” Moffitt said. “And we predict that this difference between them will widen as they continue to age.”

Other parts of the analysis showed additional profound links between childhood self-control measures and outcomes in adulthood. Compared with participants who had scored high on childhood self-control, those who showed low levels of self-discipline as children were, in adolescence, more likely to be high-school dropouts, teen parents, and cigarette smokers. As adults, they were more likely to report an addiction to tobacco, alcohol, or drugs; a criminal record; a low credit score; and/or a prolonged dependence on welfare. They also tended to be in lower paying, low-skill jobs and to have accrued fewer financial assets.

Additionally, children who began life with the highest levels of self-control reported the highest levels of life satisfaction. And although self-control did not predict who would enter creative endeavors or careers ranging from music to politics to science, it did predict acclaimed success in those fields, such as “whether their novel had been published, whether their music had been recorded and sold, whether their art works have been sold in a gallery … and whether they play on New Zealand’s Olympic team,” Moffitt said.

Under the direction of APS Fellow Jay Belsky (University of California, Davis), the team also is investigating possible intergenerational effects of poor self-control by studying the parenting styles of the participants who have become parents, Moffitt said. The researchers conduct a home visit when a participant’s child reaches age 3, videotaping the individual’s interactions with the child. The videos are then sent to a team of parenting experts, who code the interactions for the levels of warmth, sensitivity, and developmental stimulation the parent shows toward the toddler. (The coders are blind to all other information about the study members.) The results show that the less self-control an adult study participant displayed in childhood, the fewer parenting skills he or she exhibits toward the 3-year-old.

Ruling Out Other Factors

To fully isolate childhood self-control as the active ingredient for adult outcomes, Moffitt and her team turned to another longitudinal dataset — a nationally representative sample of 2,232 twins born in the United Kingdom in the mid-1990s. Those children were evaluated for self-control indicators at ages 5, 7, 10, 12, and 18, with 93% of the cohort remaining in the study through its entirety.

From the sample, the researchers culled data from only the dizygotic (fraternal) twins, who share fewer genetic similarities than do monozygotic (identical) twins. And in an approach similar to the Dunedin study, they reviewed reports from parents, research assistants who conducted home visits, and teachers. They statistically controlled for IQ scores. And for each pair, they found that the sibling with the lowest self-control scores at age 5 had the most academic, behavioral, and occupational difficulties in secondary school.

“And that’s despite having grown up in the same home with the same parents, in the same neighborhood, in the same school, and in most cases in the same classroom,” she said. “So for this analysis it’s not merely the family into which you’re born that matters. It’s whether you’re able to develop self-control skills that counts, as well.”

Moffitt noted that the findings show that improving self-control skills in children, beginning at an early age, could have sweeping societal benefits, including lowered costs for crime control, health care delivery, and social welfare benefits. She cited a particular intervention — a segment on the long-running children’s television program Sesame Street, in which the characters Elmo, Grover, and Cookie Monster show children how to save money and delay gratification.

“Self-control has come to mean more today than it did in the past, and a person’s level of health [and] wealth now follows in part from the self-control skills they’re able to master as children,” Moffitt concluded. “Teaching better self-control skills to the whole population of children and expecting better self-control as a cultural adaptation might become an interesting societal goal for this century. All this brings us an opportunity to bring a civic dialogue about the kind of society we want in the future for tomorrow’s children.”

What about the IQ level in identical twins? Were they the same?

Laura, the IQ’s of monozygotic twins are close, but not exactly the same. And how similar they score on IQ tests changes as they grow up. Identical twins are actually less similar on IQ as youngsters, but get more alike on IQ as they become adults. Terrie

II’m a psychologist who work with videofeedback ( i see video of parent-child with parent in home visiting). May i know more about the coding of the video using during assesment at 3 and 5 year?
how assesment the different 5 percentiles of selfcontrol gradient?

sorry, no *percentiles but quintiles of selcontrol gradient.