Throughout 2015, the Observer is commemorating the silver anniversary of APS’s flagship journal. In addition to research reports, the first issue of Psychological Science, published in January 1990, included a general article, “Significance and Remembrance: The Role of Neuromodulatory Systems,” written by neurobiologist James L. McGaugh. In that article, McGaugh — who at that time was President of APS — addressed how stress hormones interact with the brain to consolidate memories. Twenty-five years later, McGaugh, now a research professor at the University of California, Irvine, looks back on how our understanding of memory consolidation has evolved since his article was published. 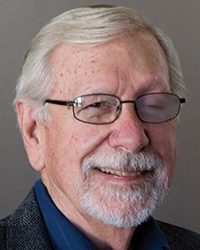 I thought that my article published 25 years ago in the first issue of Psychological Science was both significant and worth remembering. However, it seems unlikely that any current readers either read it or remember it. As a reminder — or introduction — the paper addressed this central issue:

“…some events are remembered well while other events are remembered poorly, if at all. An adequate neurobiological account of memory must include an explanation of this experiential fact: We need to know how the nervous system selects, from the continuous cascade of sensory events, the specific information that is to be preserved” (McGaugh, 1990).

Of particular significance was the finding that infusion of the beta-adrenergic antagonist propranolol into the amygdala blocked the effect of peripherally administered epinephrine.  In addition, and importantly, norepinephrine infused into the amygdala after training enhanced memory, and propranolol infused concurrently blocked the enhancement. Thus, the finding of many studies discussed in that paper provided strong evidence that noradrenergic activation of the amygdala is critical in enabling emotional arousal influences on memory consolidation. Findings of recent experiments continue to strongly support this conclusion (McGaugh, 2013, 2015).

Selective Involvement of the Basolateral Amygdala in Memory Modulation

The basolateral nucleus of the amygdala (BLA) is critically involved in the influences of epinephrine and propranolol on memory. Selective lesions of the basolateral nucleus or infusions of propranolol into that nucleus block the memory-enhancing effects of epinephrine. Further, infusing norepinephrine into the BLA after training enhances memory of various learning experiences, including contextual fear conditioning and extinction as well as memory of exposure to novel objects, a task that induces only modest arousal (McGaugh, 2000, 2004).

The glucocorticoid stress hormone corticosterone (cortisol, in humans) released from the adrenal cortex also enhances memory when administered after training rats on several kinds of learning tasks. Further, as we found with epinephrine, selective lesions of the BLA prevent the memory enhancement provided by corticosterone. Moreover, coactivation of norepinephrine in the BLA is essential for the corticosterone effect. Propranolol infused into the BLA blocks the memory enhancement induced by peripherally administered corticosterone (Roozendaal, 2000; Roozendaal & McGaugh, 2011; Roozendaal et al., 2006).

Assessment of Norepinephrine Within the Amygdala

Amygdala Interactions With Other Brain Regions

Studies of human brain imaging have shown that memory for emotionally arousing information is correlated with activation of the amygdala during training. PET and fMRI imaging have yielded comparable results (Cahill et al., 1996; Canli et al., 2000). In addition, several studies reported that emotionally arousing learning experiences induce interactions of the amygdala with other brain regions, including the hippocampus (Dolcos et al., 2004; Kilpatrick & Cahill, 2003).

Novel Support for an Old Idea

The idea that emotional arousal influences memory is, of course, not new. Four centuries ago Francis Bacon noted that “…memory is assisted by anything that makes an impression on a powerful passion…” (Bacon, 1620/2000). The findings discussed in my paper in Psychological Science 25 years ago — and updated and amplified by more recent findings — provide strong support for Bacon’s observation as well as for some neurobiological understanding of how emotional arousal assists the preservation of our significant experiences. 

Malin, E. L., & McGaugh, J. L. (2006). Differential involvement of the hippocampus, anterior cingulate cortex and basolateral amygdala in memory for context and footshock. Proceedings of the National Academy of Sciences of the United States of America, 103, 1959–1963.

McGaugh, J. L. (1989). Involvement of hormonal and neuromodulatory systems in the regulation of memory storage. Annual Review of Neuroscience, 12, 255–287.

James L. McGaugh is an APS Past President and a professor at the University of California, Irvine. His research focuses on the brain processes underlying the influence of drugs and stress hormones on memory consolidation. McGaugh’s academic distinctions include the APS William James Fellow Award and election to the Society for Experimental Psychology, the American Academy of Arts and Sciences, and the US National Academy of Sciences.