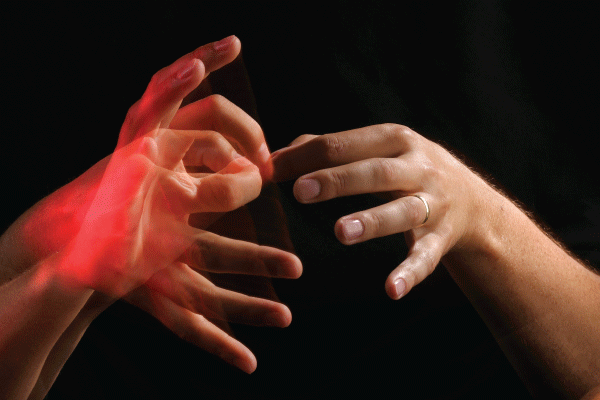 A Tale of Two Modalities: Sign and Speech Influence Each Other in Bimodal Bilinguals

Toner and colleagues (2013) found that conservatives were more dogmatic than liberals, but both conservatives and liberals with extreme beliefs perceived their beliefs as superior to those of others. Harris and Van Bavel replicated these findings and verified that extremism varied by topic. However, the researchers also found that regardless of political beliefs, people with more extreme views also had higher dogmatism. These findings support the idea that dogmatism, extremism, and feelings of superiority appear to depend more on topic than on political view. Thus, researchers assessing differences between conservatives and liberals should study diverse topics.

Harsher parenting (e.g., hitting children) appears to be associated with children’s antisocial behavior (e.g., aggression, rule breaking) via environmental transmission rather than genetic transmission. In two samples of twins, the twin exposed to more harsh parenting tended to display more antisocial behaviors, even when genetics was held constant (i.e., in monozygotic twin comparisons). These findings suggest that harsh parenting, including physical punishment, may increase children’s antisocial behavior for nongenetic reasons, and are consistent with policies aimed at reducing physical punishment.

Explicitly teaching writing regularities might help learners more than letting them discover those regularities by themselves, this study suggests. Over 10 days, adults learned to read novel words printed in two artificial language systems. One group learned spelling-to-sound and spelling-to-meaning mapping through experience (i.e., by reading the novel words), and another group received explicit instruction about those regularities before reading the words. Almost all the participants who received the instruction were able to generalize the regularities in the novel words, whereas only 25% of the participants who learned through experience were able to do so.

Attitudes Based on Feelings: Fixed or Fleeting?

In seven studies, including analyses of real-world online reviews, Rocklage and Luttrell found that attitudes based on emotion are relatively fixed. The more emotional participants’ opinions about brands or gifts were, the less their opinions changed over time. This effect was more pronounced for positive opinions than for negative opinions. In addition, persuasive messages that evoked emotions were more likely to create persisting attitudes. These findings highlight how emotion may increase support for issues, individuals, or products.

In Italy, stress at the peak of the COVID-19 pandemic was measured at high levels regardless of respondents’ geographical location. Nocentini and colleagues surveyed 5,295 Italian adolescents and found that 28.9% of them showed moderate to high stress reactions, with older adolescents and females showing more stress than younger or male adolescents. The stress responses did not appear to depend on whether the adolescents’ region was more or less affected by the pandemic. However, both direct experience with COVID-19 and indirect experience, via a friend or an acquaintance who was infected, were associated with stress reactions.

Forbes and colleagues analyzed the structure of symptoms in an American clinical sample and an Australian general population sample. The symptoms spanned 18 disorders described in the Diagnostic and Statistical Manual of Mental Disorders (DSM). Results indicated similarities between the two samples and a hierarchical structure of psychopathology organized into symptoms, syndromes, sub-subfactors, subfactors, spectra, and a general factor of psychopathology. In this model, both symptom-level data and higher-order dimensions departed from the diagnostic categories described in the DSM. These findings may help to improve methods in clinical research and practice.

COVID-19 Prevention via the Science of Habit Formation

Harvey and colleagues describe a set of strategies for forming new habits and eliminating existing habits to contain the spread of COVID-19. They highlight eight elements of habit formation that are connected to behavior-changing techniques and are important to understand for habit modification. These elements are addressing incorrect beliefs, setting goals, devising an action plan, establishing contextual cues for the desirable habits, reinforcing desirable habits, repeating desirable habits, aiming for automatic repetition of the behaviors, and recognizing that change is difficult. Strategies to form new habits and eliminate existing habits can be part of a behavioral intervention to promote habit formation for preventing COVID-19.

From Objects to Unified Minds

Bar presents a framework to describe the human experience. The framework connects objects, associations, contexts, predictions, and affect via an ongoing balance between top-down and bottom-up processes (i.e., higher-order cognitive processes influencing sensorial perception and sensorial perception influencing higher-order cognitive processes, respectively). He proposes that the state of mind, influenced by the balance of top-down and bottom-up processes, orients individuals to the optimal state to meet the needs of the moment. Bar argues that dynamic yet unifying states of mind influence one’s mental world to orient dispositions, tendencies, and sensitivities to the demands of specific circumstances.

Invisible Hands and Fine Calipers: A Call to Use Formal Theory as a Toolkit for Theory Construction

Meehl (1978) identified several shortcomings in researchers’ evaluation of psychological theories. He urged researchers to strengthen theory testing but did not provide the tools necessary to build the rigorous theories his approach required, argue Robinaugh and colleagues. They emphasize the importance of establishing what researchers are aiming for when constructing a theory, and they explain how formal theories might provide useful tools for thinking, evaluating explanations, enhancing measurement, informing theory development, and collaborating in the construction of theories. These tools should make researchers better equipped to advance psychological theory, Robinaugh and colleagues argue.

Ellsworth discusses the sources of bias in basic and applied research and suggests techniques for counteracting biases in policy-related research specifically. Many scientists who conduct policy-related research study issues they care about, thus leading to strong expectations about study outcomes and their impact on policy. These expectations can bias the evaluation, conduct, and communication of research. Ellsworth highlights several important techniques for reducing bias, including distinguishing between factual claims that are testable and value claims that are not, selecting the testable assumptions that may underlie various policy positions, and creating repositories of accurate information.

Student Motivation and Associated Outcomes: A Meta-Analysis From Self-Determination Theory

Intrinsic motivation and behaving on the basis of perceived personal value and meaning appear to be key for school adjustment and student success. In this meta-analysis, Howard and colleagues examined how different types of motivation relate to 26 student outcomes, including performance and well-being. The researchers analyzed 344 samples of students and found that (a) intrinsic motivation was related to students’ success and well-being, and (b) personal value (identified regulation) was related with persistence. Ego-involved motivation (introjected regulation) was related with persistence and performance but also with ill-being. Motivation to obtain rewards or avoid punishment was associated only with decreased well-being.

Lakens argues that discussing which statistics researchers should use instead of the p value has distracted from the core question of asking researchers what they are hoping to learn when they conduct research. He highlights that preventing the misinterpretation of p values by developing better evidence-based education and user-centered statistical software should be a priority to improve researchers’ statistical inferences. Lakens suggests that pursuing alternatives to p values is a form of escapism and that a more effective solution would be to educate researchers on how to ask better questions and correctly use the statistics available, including p values.

Assessing Change in Intervention Research: The Benefits of Composite Outcomes

Combining assessments might be a better way to evaluate the effectiveness of interventions than relying on individual measures, recommend Moreau and Wiebels. They argue that composite scores that pool information from single measures into a single outcome can provide better estimates of the underlying constructs of interest while retaining interpretability. The researchers describe different methods to compute, evaluate, and use composite assessments depending on different goals, experimental design, and data. They provide a preregistration template with examples of psychological interventions and the accompanying R code. They also provide a Shiny app and R code, available at osf.io/u96em.