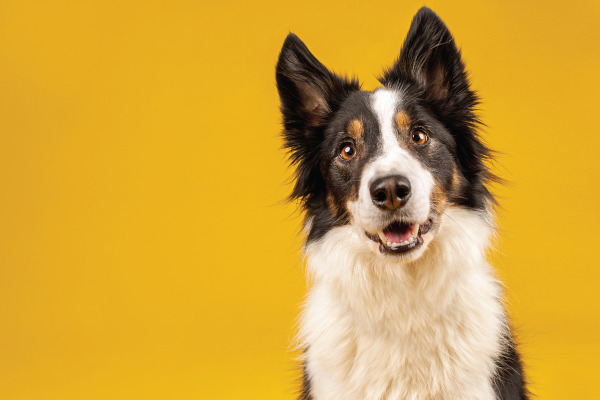 Dogs can experience and show jealousy, this research suggests. Dogs observed a realistic-looking fake dog positioned next to their owner, after which the researchers positioned a barrier to prevent each dog from seeing its owner and the fake dog. Although the barrier blocked their line of sight, the dogs forcefully attempted to reach their owners when they appeared to interact with the fake dogs. This reaction did not occur when the fake dog was replaced by a fleece cylinder. Thus, dogs showed human-like signatures of jealous behavior: Jealousy emerged only when their owner interacted with a social rival and as a consequence of that interaction, even when the interaction was out of sight.

Illusory body ownership (e.g., of an avatar) might help to promote motor recovery in stroke patients. Patients with chronic motor deficits completed an immersive virtual reality training (three sessions each week for 11 weeks) in which they had either a first-person or a third-person perspective of an avatar that walked around the virtual environment. After the training, only the patients who had had a first-person perspective (i.e., experienced body ownership) improved gait and balance. Tambone and colleagues suggest that representing a virtual body as their own allowed patients to access motor functioning and promoted motor recovery.

Harder Than You Think: How Outside Assistance Leads to Overconfidence

Fisher and Oppenheimer explored when and why people are unaware of their reliance on outside assistance and how to reduce the resulting overconfidence (e.g., using Google to look up facts and subsequently overestimating one’s own knowledge). Across eight experiments, the researchers found that people recognized the extent of their knowledge (i.e., had better metacognitive calibration) when outside assistance was given only after they had first had a chance to provide an answer (i.e., after a delay) or when they had to actively choose to receive assistance.

How Long Does It Take for a Voice to Become Familiar? Speech Intelligibility and Voice Recognition Are Differentially Sensitive to Voice Training

To investigate how voice familiarity develops, Holmes and colleagues exposed participants to three novel voices for different lengths of time (from 10 to 60 min) and tested how recognizable and intelligible those voices became. When compared with two unheard voices, the previously heard voices were more recognizable and intelligible. The longest exposures increased intelligibility but not recognizability. Exposure of about 60 min (478 sentences) resulted in a speech-intelligibility benefit as large as the benefit reported in previous research involving very familiar voices (friends and spouses). Thus, just 1 hour of training can create voice familiarity and accompanying higher intelligibility.

Constant and Liesefeld developed a novel visual working memory (VWM) task to test whether VWM processing depends on an object’s saliency (i.e., how much it stands out). This task disentangles an object’s saliency from the discriminability of its to-be-remembered features (in this case, color), allowing for a direct manipulation of saliency. In three experiments, participants appeared to prefer processing the most salient objects within a scene. How well the objects were processed appeared to depend on both the objects’ relative saliency (compared with objects presented at the same time) and absolute saliency (how much they stood out).

Feelings of Culpability: Just Following Orders Versus Making the Decision Oneself

In several experiments, participants imagined themselves either as programmers of self-driving cars or as mayors during the COVID-19 pandemic. In response to moral dilemmas related to these situations, they then had to either 1) make decisions themselves about what to do or 2) do what a superior ordered. Finally, they were informed of a tragic outcome that occurred because of their decision and asked how culpable they felt. Results were contrary to the researchers’ expectations, showing that participants who followed orders felt more culpable than those who had made their decisions by themselves. The researchers discuss possible reasons for this result.

Recoiling From Threat: Anxiety Is Related to Heightened Suppression of Threat, Not Increased Attention to Threat

Emotion regulation (ER) diversity may have an important role in depression, this research suggests. Wen and colleagues created the ER diversity index on the basis of how three groups of participants—currently depressed, remitted depressed, and healthy—rated their use of emotion regulation strategies (e.g., self-blame, acceptance). The ER diversity index was more associated with depression status than other ER measures, such as a flexibility score. Compared with healthy individuals, currently and remitted depressed individuals showed more diversity in overall and maladaptive ER strategies (e.g., catastrophizing) but less diversity in adaptive ER strategies (e.g., putting things into perspective).

Emotional and Cognitive Empathy in Caregivers of People With Neurodegenerative Disease: Relationships With Caregiver Mental Health

The Call of the Wild: How Extremism Happens

Kruglanski and colleagues propose that all cases of extremism (e.g., violent extremism, extreme humanism, workaholism, or extreme athleticism) involve the same psychological mechanism: a motivational imbalance wherein a specific need becomes so dominant that it overrides other concerns and unleashes behaviors that the other concerns used to constrain. According to this view, cases of negative and antisocial extremism, as well as cases of positive and prosocial extremism, are rooted in the imbalance of needs. The authors believe that understanding the mechanisms that promote motivational imbalance may help to prevent extremism and its possible negative consequences.

Rethinking the Diagnosis of Mental Disorders: Data-Driven Psychological Dimensions, Not Categories, as a Framework for Mental-Health Research, Treatment, and Training

Conway and colleagues discuss an alternative to the use of categories to describe mental health. The Hierarchical Taxonomy of Psychopathology (HiTOP) deconstructs diagnostic categories and replaces them with the use of dimensions. Rethinking mental health as hierarchical dimensions, with broad and specific components, can help to explain a) why individual differences in mental health are a matter of degree, and b) how broad mental-health conditions (e.g., internalizing) can account for the tendency of more specific conditions to co-occur (e.g., depression, anxiety). The researchers review recent findings supporting the adoption of HiTOP as a framework for research, treatment, and training.

The Psychological Reach of Culture in Animals’ Lives

Recent findings suggest that cumulative buildup of culture across generations is more common in animals than researchers previously thought. Culture in diverse species appears to expand to several behaviors and throughout an animal’s life. Animals not only show socially learned traditions acquired in a community but also display the cumulative cultural change over generations that has led to complex cultural phenomena observed in humans. For example, a bumblebee was trained to pull a nectar-laden flower, other bees from the hive observed this and began to adopt the technique, which subsequently spread to many other hive members. This cumulative cultural change, although not nearly as elaborate as in humans, can result in cross-generation progress.

Putting the Self in Self-Correction: Findings From the Loss-of-Confidence Project

Rohrer and researchers from diverse fields of psychology explore the “self ” in science’s self-correction process. In 13 statements, researchers share how and why they have lost confidence in one of their own published findings. The authors discuss these loss-of-confidence statements and extract the common reasons for the loss of confidence. They also report the results of an anonymous survey indicating that loss of-confidence sentiments are common but rarely made public. Rohrer and colleagues argue that removing barriers to individual self-correction is key to making psychological science the self-correcting enterprise that science more broadly is perceived to be.

Sorting the File Drawer: A Typology for Describing Unpublished Studies

Lishner describes various types of unpublished studies and reasons for their nonpublication, categorized as either result-dependent or result-independent. He also reports whether the different types of reasons for nonpublication have a greater effect on individual researchers’ decisions to submit (or not to submit) or on reviewers/editors’ decisions to not accept a study. He argues that result-dependent reasons are more likely to introduce publication bias than result-independent reasons. Lishner describes some reasons for nonpublication (e.g., poor methodology) that would produce beneficial (i.e., rigor bias) rather than problematic publication bias. The typology he proposes may facilitate understanding the universe of study results within subdisciplines of psychological science.

Do We Report the Information That Is Necessary to Give Psychology Away? A Scoping Review of the Psychological Intervention Literature 2000–2018

Lakens and DeBruine propose an approach to make hypothesis tests machine-readable. Specifying hypothesis tests in ways that a computer can read and evaluate might increase the rigor and transparency of hypothesis testing as well as facilitate finding and reusing these tests and their results (e.g., in meta-analyses). The authors describe what a machine-readable hypothesis test should look like and demonstrate its feasibility in a real-life example (DeBruine’s 2002 study on facial resemblance and trust), using the prototype R package scienceverse.

An Excess of Positive Results: Comparing the Standard Psychology Literature With Registered Reports

When the only results published are those that support the tested hypotheses (i.e., “positive” results), evidence for scientific claims is distorted. Scheel and colleagues compared the results published in Registered Reports (RRs)—a new publication format in which authors commit to peer review and publishing before the results are known—with a random sample of results reported in standard publications. They found that 44% of results in RRs are positive, compared with 96% in standard publications. Scheel and colleagues suggest that there might be reduced publication bias and/or inflation of Type I error (i.e., rejection of a true null hypothesis) in RRs.