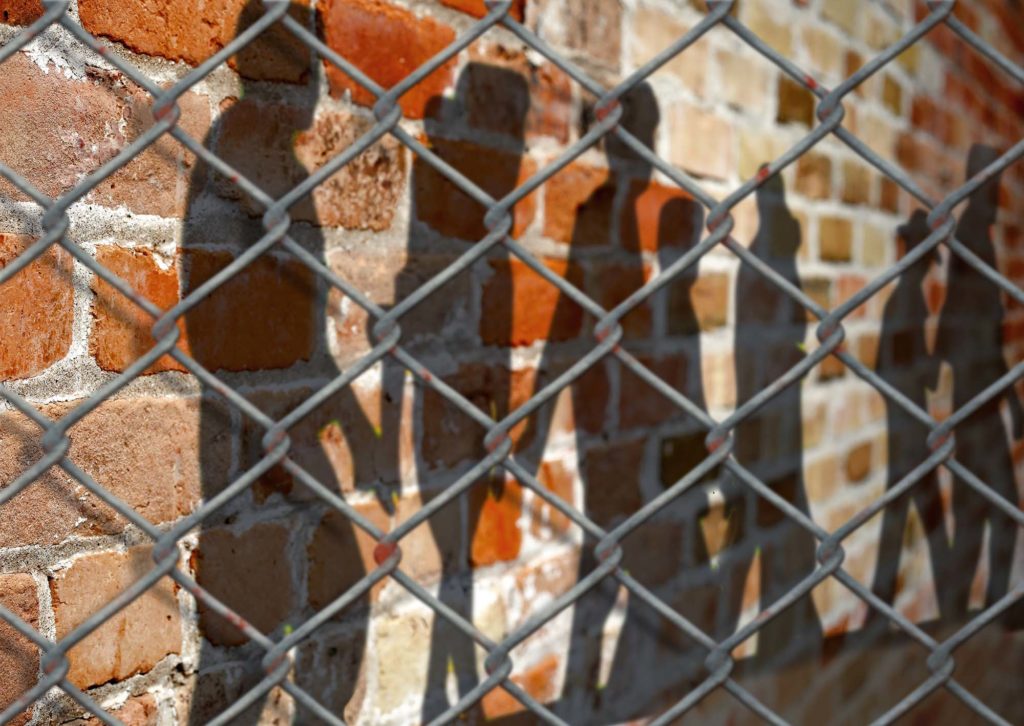 As of December 2021, a record 82.4 million people have been forced to flee their homes to escape war, violence, or persecution (United Nations High Commissioner for Refugees, 2021). Increasing numbers of such refugees pose challenges that psychological science can help to answer, including those related to the morality of war. But one of the most immediate challenges is how to adequately support refugees as they enter a new country, such as through integration, support for trauma recovery, or other interventions. Here’s a look at some recent research (2017–2021) on refugee integration and well-being from Psychological Science, Clinical Psychological Science, and Perspectives on Psychological Science.

How refugees see themselves might play a role in how well they integrate in receiving countries and how well they succeed in academia. Narratives that emphasize refugees’ strength, resourcefulness, and ability to thrive might counteract stigmatizing narratives that associate refugees’ identities with victimization and weakness and could serve as efficient interventions to boost their academic achievements.

Bauer and colleagues developed a brief (approximately 10-minute) intervention aimed at reframing refugees’ identities. Middle Eastern refugees living in Europe read and reflected on quotes that characterized refugees as strong and resourceful, countering default stigmatizing representations. When participants were asked to imagine attending a university, those who completed the intervention, compared with a control activity, reported more confidence in their ability to succeed and more willingness to take on difficult academic exercises. The intervention also boosted both Middle Eastern and African refugees’ engagement in real online university courses. Thus, highlighting how refugees’ identities constitute a source of strength and resilience can empower them to pursue existing opportunities and make progress in their lives.

The researchers tested a sample of 158 Eritrean asylum seekers who had experienced severe trauma and chronic postmigration stress. One group of participants went through 9 weeks of mindfulness-based trauma recovery for refugees (MBTR-R); another group was put on a waiting list for the intervention. The group that completed the intervention showed reduced rates and less severe symptoms of posttraumatic stress disorder, depression, and anxiety immediately afterward and at a 5-week follow-up.

Westerners often fear that refugee immigrants might endorse ideologically extreme views or harbor negative sentiment toward the West. However, these fears appear to be unfounded.

Jasko and colleagues surveyed 1,000 Syrian refugees residing in Jordan, Lebanon, Turkey, and Iraq. Contrary to stereotypes held by some Westerners, most refugees did not intend to emigrate to Western countries, and those most interested in doing so were the least likely to endorse Islamist extremism or to have negative sentiments toward the West. The more ideologically extreme refugees said they would rather move back to their home country than move to the West.

Longer summary: Most Syrian Refugees Yearn to Return Home—but Those Who Want to Migrate West Are Least Likely to Hold Extremist Views

How can refugees be successfully integrated in receiving countries? One first step to answering this challenge is understanding psychosocial barriers to integration among refugees and residents in receiving countries, as well the needs and concerns of both groups. Echterhoff and colleagues developed a model of the psychological factors that are critical for successful integration of refugees—Psychological Antecedents of Refugee Integration, or PARI for short.

Support for Resettling Refugees: The Role of Fixed Versus Growth Mind-Sets

What distinguishes individuals who support resettling refugees in their own countries from those who oppose it? It appears to depend in part on their beliefs in individual characteristics as either malleable (i.e., a growth mind-set) or fixed (i.e., a fixed mind-set).

Across six experiments, Madan and colleagues showed that individuals with a growth mind-set were more likely than individuals with a fixed mind-set to support their country’s acceptance of refugees. This was true for individuals from the United States and from the United Kingdom. All participants read a text that supported either a growth or a fixed mind-set, and their attitudes toward refugee resettlement depended on which text they read. This indicates that mind-set can be manipulated and may influence support for policies regarding refugees’ resettlement, which could affect the lives of people who seek asylum.

After Aylan Kurdi: How Tweeting About Death, Threat, and Harm Predict Increased Expressions of Solidarity With Refugees Over Time

In 2015, 3-year-old Alan Kurdi drowned in the Mediterranean Sea while trying to escape from Syria to the European Union. A photo of the dead boy made global headlines and was shared on social media platforms, allowing researchers to study how engagement with this type of imagery could influence solidarity with refugees.

Smith and colleagues analyzed a total of 41,253 tweets posted either 1 week before the images emerged, the week they emerged, or 10 weeks afterward. Tweeting about Kurdi was associated with prorefugee sentiment 10 weeks later, a link that was mediated by discussions of threat to refugees (as opposed to threat posed by refugees). These results highlight how communication on social media can promote support for social change and solidarity with refugees over time.

What can network-model studies of clinical disorders tell us about posttraumatic stress disorder (PTSD) symptoms in refugees who have experienced trauma? Fried and colleagues examined four large samples of patients who had experienced trauma. These Dutch and Danish samples included victims of war and other violence, soldiers, police officers, and refugees from Central Asia and the Middle East, Southeast and Eastern Europe, and East Africa.

Network models revealed some consistent connections across the samples, such as a strong connection between nightmares and sleep problems and a moderate connection between detachment and emotional numbing. However, refugees had the most severe symptomatology. Fried and colleagues acknowledge the need for further research addressing how aspects of patients’ home cultures might impact the expression of PTSD.

The term “continuous traumatic stress” was coined to describe exposure to life threats with no foreseeable end experienced by people living in unsafe conditions. When removed from such conditions, sufferers can experience a decrease in posttraumatic stress—or, on the contrary, they may experience continued symptoms.

Hecker and colleagues tested refugees from the Democratic Republic of the Congo who were living in a refugee camp in Uganda. The researchers conducted semistructured interviews assessing lifetime exposure to potentially traumatizing events, current exposure to family and community violence, concerns about the recurrence of these events, and posttraumatic stress symptoms. Results indicated a link between current exposure to violence and concerns about recurring violence among refugees who had experienced a decrease in symptoms but not for those who experienced continued symptoms.

The severity of refugees’ posttraumatic stress (PTS) can influence how they respond to the recollection of traumatic experiences, but the perspective they adopt during such recollections might also affect how they cope with those memories.

Reebs and colleagues examined distress and avoidance in response to emotional memories in traumatized Sudanese refugees and asylum seekers living in Israel. The researchers assessed PTS severity before participants were asked to adopt a self-immersed perspective or a self-distanced perspective while recalling a time during which they had experienced profound sadness or fear. After the memory task, participants reported their current level of emotional distress and avoidance in response to the memory.

PTS severity predicted emotional reactivity but not avoidance in response to remembering the distressing autobiographical memory. Additionally, those who took a self-immersed perspective experienced less avoidance but not less emotional reactivity in response to the distressing memory than those who took a self-distanced perspective. These findings suggest considering the impact of remembering styles when evaluating treatment for psychopathology in refugees.

The researchers assessed 80 refugees and asylum seekers living in Australia who had come from countries including Iran, Afghanistan, Sri Lanka, Iraq, Bangladesh, and Pakistan. They measured refugees’ trauma exposure, posttraumatic stress disorder (PTSD) symptoms, trait (i.e., stable or characteristic) suppression of internal experiences, and trait reappraisal. The participants then had their heart rates monitored while they completed a task in which they used either reappraisal or suppression to manage the emotions elicited by trauma-related images.

The refugees completed measures of negative affect before, immediately after, and 2 days after viewing the images. Participants with high levels of PTSD symptoms who used reappraisal in the task reported fewer memory-related intrusions 2 days later and less negative affect than those who used suppression. However, participants with lower trait suppression benefited the most from using reappraisal. These results suggest that cognitive reappraisal may help to reduce intrusive memories in refugees with PTSD, but such training may have to be adapted for those with a preexisting tendency toward suppression.

Automation may be associated with anti-immigrant sentiment by increasing perceptions of both realistic threat arising from competition for economic resources and symbolic threat “arising from changes to group values, identity, and status.”

The scientific community, including APS, is continuing to voice strong concerns about the effects on research and education of proposed restrictions on travel and immigration to the US. In a joint letter to President Trump