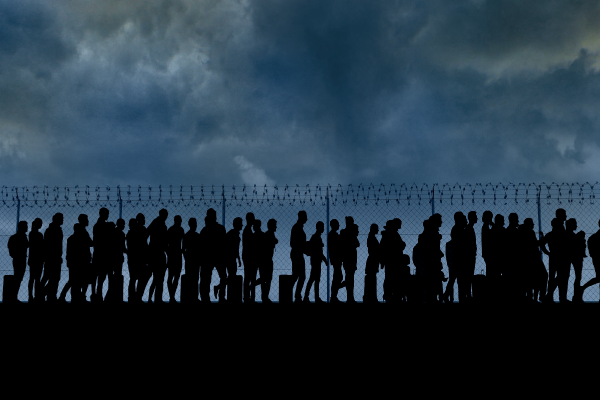 Summary: New research shows that Syrian refugees were significantly more motivated to return home than to emigrate to the West. Those who were motivated to emigrate were the least likely to endorse extreme religious and political views.

These fears are gravely misguided, according to a recently published study of Syrian refugees living in Jordan, Lebanon, Turkey, and Iraq in 2016 and 2017. The study found that the refugees were significantly more motivated to return home than to emigrate to the West. Moreover, those who were motivated to relocate to Western countries were the least likely to endorse extreme religious and political views.

“People in Western countries have been reluctant to accept refugees, in part, because of the perception that these individuals hold extremist political views and therefore pose a security threat,” said Katarzyna Jasko, a researcher with Jagiellonian University in Poland and lead author on the paper, which was published in the journal Psychological Science. “Our results run counter to such views and could be used as an educational tool to provide evidence against such misperceptions.”

The Syrian civil war officially began in 2011, sparking a mass exodus from the country. By the end of 2016, Syrians made up the world’s largest forcibly displaced population, accounting for more than 12 million people. The number of displaced Syrians is now estimated at nearly 13.5 million, including more than 6.6 million refugees hosted in more than 120 countries around the globe.

In 2016 and 2017, a team of researchers recruited 1,000 Syrian refugees living in Jordan, Lebanon, Turkey, and Iraq—the nations with the largest numbers of refugees—to participate in a survey about their experiences, opinions, and aspirations. The researchers were aided by two independent organizations, both of which had prior experience conducting research with refugees.

Study participants were identified either through publicly available registries, at which point they were invited by trained Arabic-speaking research associates, or by a local nongovernmental organization via its lists of individuals who had received its services.

“The majority of refugees in our study wanted to return home to Syria and they did not intend to migrate to the West. This was not surprising,” said Jasko. “The second result—that most refugees reject violent extremism—is also in line with our other research on political violence, which shows that majorities of people are strongly against ideologically motivated violence. What is more theoretically interesting in our study is the link between migration intentions and ideological beliefs. Past research on refugees has predominantly focused on their basic needs for safety and security as drivers of migration decisions. We assumed that their sociopolitical attitudes should also be related to those decisions.”

Indeed, the study, which was based on data collected from participants who are typically hard to reach, found the same pattern of results in three out of four locations: Refugees who wanted to migrate to the West held the least extreme political and religious views.

The new results provide important insights into the cultural attitudes and beliefs of refugees—and undercut common stereotypes and fears.

“Our team is currently collecting more data with refugees and host communities to see how the relationship between ideology and migration intentions and attitudes develop over time,” said Jasko.

Automation may be associated with anti-immigrant sentiment by increasing perceptions of both realistic threat arising from competition for economic resources and symbolic threat “arising from changes to group values, identity, and status.”

The scientific community, including APS, is continuing to voice strong concerns about the effects on research and education of proposed restrictions on travel and immigration to the US. In a joint letter to President Trump