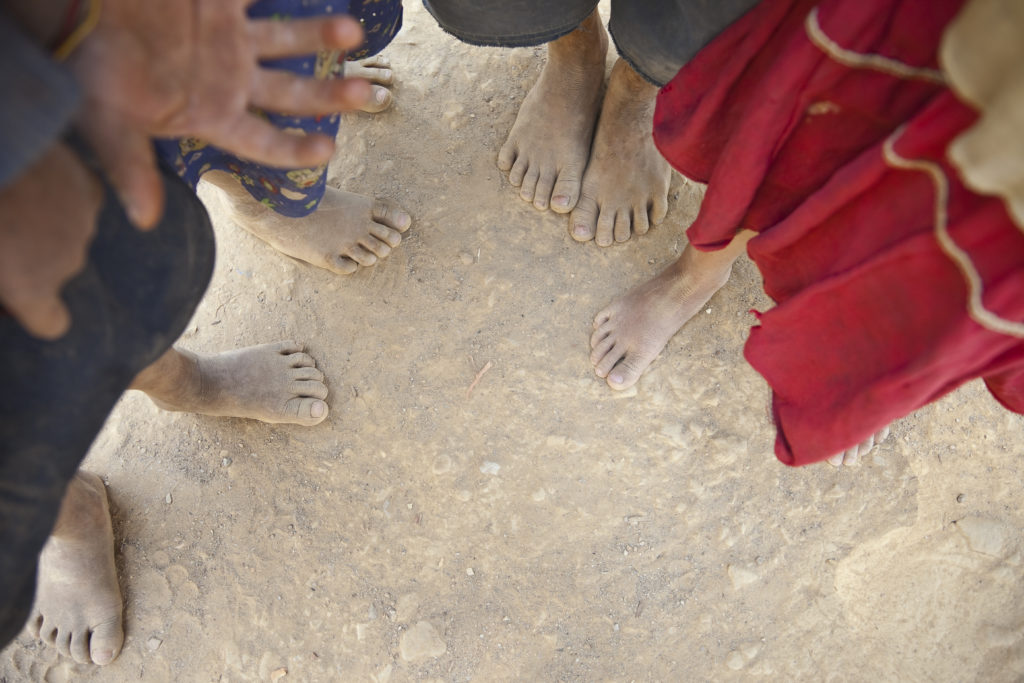 The history of people fleeing their homes for refuge elsewhere is as old as the Israelites’ exodus from Egypt and as current as the Afghans fleeing their country after the Taliban takeover in August. Whether escaping enslavement, conflict, persecution, violence, or climate change, refugees and asylum seekers often go on to experience posttraumatic stress, depression, and anxiety resulting from violence, family separations, and homelessness, among other forms of trauma.

“We are in the midst of a global mental health and human-rights crisis,” wrote the researchers, led by Anna Aizik-Reebs, a doctoral student in psychology at the University of Haifa. “Relative to the scale, scope, and urgency of this still-growing crisis, our collective capacity to care for these survivors via evidence-based mental health interventions tailored to refugees and asylum seekers is strikingly limited.” Noting that an unprecedented 79.5 million people were forcibly displaced from their homes in 2019 alone, the researchers concluded that “MBTR-R appears to be efficacious and safe as well as feasible, readily implemented, and scalable even in stressful, insecure, and uncertain urban postdisplacement settings.”

The study involved both male and female asylum seekers who reported severe histories of trauma, including torture, rape, sexual abuse, and the murder of family members and friends, along with high rates of postmigration living difficulties, including fear of deportation, insufficient money for food or rent, and worries about homelessness. Recruited over the course of a year, 158 participants ages 20 to 48 were randomly assigned either to a condition involving 9 weeks of MBTR-R or a waitlist-control condition. After attrition, the full sample comprised 83 MBTR-R participants and 48 control participants.

The MBTR-R intervention consisted of nine 2.5-hour weekly sessions for groups of 10 to 20 participants, plus a postintervention assessment 1 week later and a follow-up visit 5 weeks later. Participants received systematic training in formal and informal mindfulness practices. Critically, the practices incorporated trauma-sensitive adaptations—for example, in a “safe place” meditation practice, participants were trained to focus their attention on neutral, safe, or calming objects when feeling overwhelmed or numb, and loving-kindness and self-compassion practices provided ways to cope with fear, self-judgment, guilt, shame, and hostility.

“MBTR-R appears to be efficacious and safe as well as feasible, readily implemented, and scalable even in stressful, insecure, and uncertain urban postdisplacement settings.”

The group sessions were adapted socioculturally as well. For instance, cultural mediators from the refugee community who were familiar with mindfulness practices worked alongside instructors and translated guided practices and group discussions into the participants’ native Tigrinya in real time. In addition, the groups were conducted for and led by men and women separately.

To ensure that all participants seeking assistance through their participation in the study had access to the same care, participants assigned to the control condition were offered an equivalent intervention (i.e., 22.5 total hours of psychoeducation and low-intensity training on cognitive-behavioral therapy skills and relaxation techniques with a group instructor and cultural mediator) after the 1-week postintervention assessment.

Results supported the efficacy, generalizability, and safety of MBTR-R. For example, relative to those in the control group, participants assigned to the MBTR-R intervention demonstrated significantly less posttraumatic stress, depression, and anxiety both 1 and 5 weeks afterward. They also demonstrated marginally significant increases in subjective well-being at the postintervention assessment, though not at the later follow-up. None of the reported therapeutic effects were moderated by age, gender, education, traumatic-stress history, or living difficulties. Only one MBTR-R participant demonstrated a clinically significant increase in depression symptoms at postintervention, and their symptoms returned to preintervention levels at the later follow-up.

Acknowledging the limitations of their study, including the small group of participants and absence of a comparison study, the researchers found MBTR-R to be a safe and efficacious intervention for even the most vulnerable asylum seekers. “We hope this study will contribute to field-wide efforts to promote refugee mental health among forcibly displaced people and the potential role of mindfulness- and compassion-based practices in such efforts,” wrote Aizik-Reebs and colleagues.