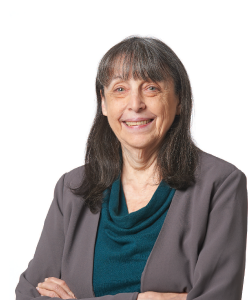 Eleanor M. Fox is the Walter J. Derenberg Professor of Trade Regulation at New York University School of Law. She is much in demand as an expert in competition (antitrust) law, both in the US and internationally, and has advised many US governing bodies as well as those of numerous younger countries in Africa, Europe, and Asia on the complexities of and needs for for competition law. Some of that thinking is evident in the piece she generously wrote for the Observer. She is a fellow of the American and New York Bar Foundations, served on the Executive Committee and as Vice President of the Association of the Bar of New York City and the American Bar Association Antitrust Law Section, has coauthored or edited more than eight books on competition law, and served on numerous national and international committees. Among her many honors are an honorary doctorate from the University of Paris-Dauphine and awards from the Global Competition Review, the Academic Society for Competition Law, and the Antitrust and Economic Regulation Section of the Association of American Law Schools.

My field is competition law, also known as antitrust. This body of law is designed to control corporate market power and its abuses.  Most countries in the world have competition laws. The United States was the pioneer, having adopted its antitrust law in 1890. In the United States for most of a century, antitrust was the economic democracy of markets. Its purpose was to make markets fair for business and consumers, and in general for the people, lest we be governed economically by tyrants of trade – monopolies.

But the narrative has changed. Beginning with the Reagan Administration in 1981, it commonly has been said: Antitrust is for “consumer welfare,” which means making people as consumers better off. But what does that mean? We have put the definition in the hands of economists.  Economists generally define the term as commensurate with the efficiency and competitiveness of business firms. Antitrust has become a technocratic discipline, and the economists are the technocrats in chief.

I am honored to have been invited to write an essay for this issue on how psychological science may influence the law and policy of antitrust. This gives me the occasion to ask: What insights from psychological research might help to define consumer welfare and, derivatively, the goals of antitrust?

In the background is a very public debate. We hear every day a public outcry against abuses by the big data/high tech firms, expressions of fear that they are controlling our lives, and a call for “antitrust” to do something about it. In my technocratic circles, I hear this response: Consumer welfare is the goal of antitrust, and economics proves that antitrust lawsuits against the high tech firms will kill their incentives and harm consumers.

From psychology literature (Kahneman, 2011; Kahneman et al., 1986; Fehr et al., 1999), we might learn that people care about fairness. They want equality of treatment and equality of opportunity. People care about a fair distribution of the gains from trade and economic transactions. People care about being relatively well off, not just abstractly getting more wealth. People place more value on not losing what they have than on winning what they do not have. People get angry when they feel they are being exploited and used by powerful corporations. By definition, when we provide more of what people care about we improve their welfare; when we provide less, we decrease their welfare.

Here is a really brief summary of one event and two legal cases. In 2015, Martin Shkreli bought the license for the drug Daraprim, which averts a deadly parasite for people with HIV/AIDS, and he raised its price 5000% from $13.50 to $750 per pill. People called for antitrust action to stop the outrageous exploitation, only to learn that US antitrust law (unlike European and Asian laws) does not prohibit very high prices. This position is staunchly defended by advocates of the consumer welfare standard, on grounds that firms must be free to set prices (if they do it alone and not in conspiracy); that otherwise we impair the price mechanism, undercut the efficiency of markets, and involve judges in a task for which they are not suited – setting prices. That is the dominant view of antitrust experts in America.

Second, the association of dentists in California had “rules of ethics.” The rules prohibited the members from advertising discounts, and from advertising “inexpensive fees,” “reasonable fees,” and “gentle care.” When sued by the Federal Trade Commission (FTC), the association responded that its rules were necessary because price-cutting dentists might be deceptive rogues. The FTC was not persuaded. It held that the rules were anticompetitive and illegal. But the Supreme Court overturned this holding. It said that the rules might be procompetitive and enhance consumer welfare by stopping deception, and that a much more complex trial was necessary.

Third, last year the US Supreme Court decided a case against American Express. AmEx (and Visa and MasterCard before they settled the cases against them) had clauses in their contracts with merchants that effectively said to the merchant: Don’t steer your customers away from my card. Don’t tell them there are cheaper cards (on which the merchant pays a lower service fee). Don’t offer them a discount to use the cheaper cards. American Express responded that it needed to keep the low-price information away from customers because it needed the money to give more rewards to its card holders. The first court said that the restriction was anticompetitive and illegal; but, in the name of consumer welfare, the Supreme Court disagreed.  The Court said that the information “gag” on the merchants was not anticompetitive because the AmEx card holders could gain more value in frequent flyer points than the merchants, and derivatively, consumers would lose in higher costs.

Such are economists’ calculations of what enhances the welfare of consumers. There are innumerable more examples. They are complex to relay, and were there more time and space one might ponder the large mergers, such as AT&T/Time Warner, the second biggest media merger in history. The firms won their antitrust battle because the government could not prove to the satisfaction of the judge that the merged firm would gain power and leverage.

If the notion of consumer welfare were informed by the science of what people want, the stage would be set for the exact opposite results in every case I described above. At least as a working hypothesis, people would want prescription drugs at a competitive price and would not worry excessively about the difficulties of identifying an extraordinarily high price and condemning it. People would want dentists to be able to advertise discounts and would leave it to regulators to weed out deceptive advertising. People would expect their local merchants to be free to tell them about a cheaper credit card and offer them a discount if they use one, and might be outraged by a big-brand card’s gagging the merchants to support more frequent flyer points for its elite card-holders.

Eleanor Fox was my Torts professor at NYU Law in the Fall of 1979. What I learned in that class about causation and intent spurred much of my research years later after I left law and became a cognitive psychologist. Psychology is EVERYWHERE in law — even where law hasn’t recognized that yet. It is so great to see this example from antitrust law. Thank you Professor Fox (and thank you Barbara Tversky for inviting her to write).