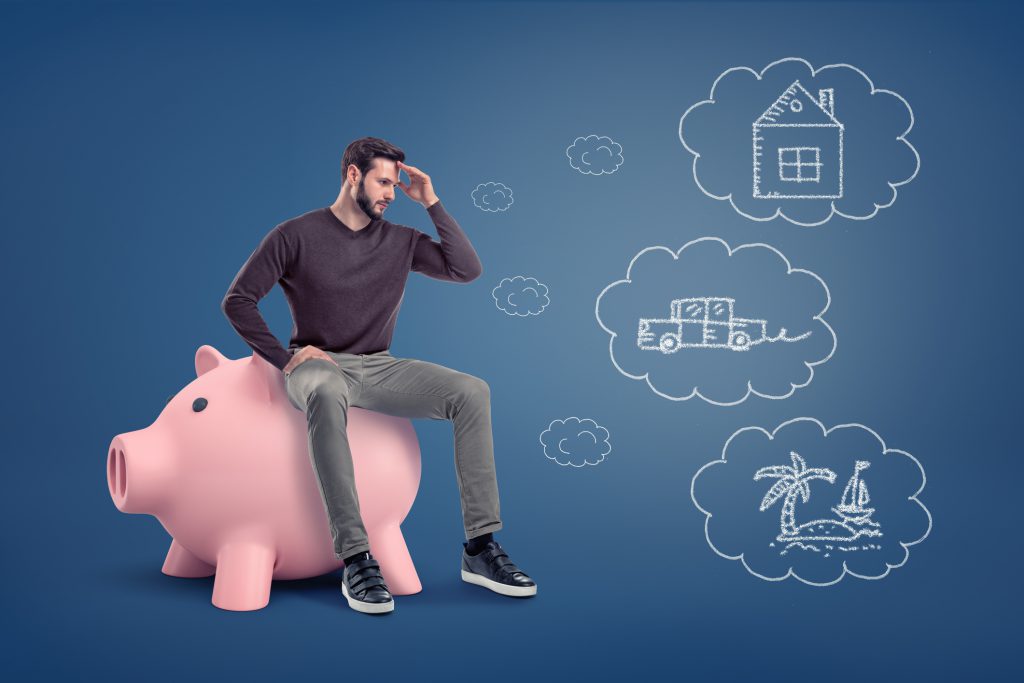 You may be constantly striving for that big raise, hoping that a salary crossing the six-figure mark will magnify your sense of contentment and security. But the salary itself may not be the formula for being high on life; what you do with the money may play an even stronger role, a psychological study indicates.

Scientists have long examined the link between people’s income and their sentiments about their own lives, often referred to as subjective well-being. Over the last decade, researchers have pegged the minimum annual income for happiness as anywhere between $50,000 and $100,000, with higher amounts having no discernible effect on happiness. Studies have also made various attempts to distinguish day-to-day emotional well-being from overall life satisfaction—the latter of which could include, for example, your feelings about the direction your career or marriage is heading.

But two social scientists in the United Kingdom recently began questioning those findings and conclusions. Psychological scientist Gordon D.A. Brown of the University of Warwick and economist John Gathergood of the University of Nottingham suspected that the previous research largely ignored consumption patterns, even though household spending doesn’t always correspond with household income. A family spending lots of money at the supermarket may be living on food stamps, for example, while a highly- paid executive will save a substantial amount of income instead of spending it. Moreover, a household income of $100,000 provides a lot more comfort in lower-cost cities like Milwaukee than it does in Manhattan.

To examine how consumption mixes with income to drive life satisfaction, Brown and Gathergood turned to the Panel Study of Income Dynamics (PSID), a massive survey of US households that includes complete data on consumption, broken down by categories. The PSID includes participants’ reports on their own sense of satisfaction with life over time. Brown and Gathergood considered households in the top 1% and bottom 1% income brackets to be outliers and excluded them from their final data sample. They ended up with a pool of 5,660 individuals, more than 70% of whom were men. The participants’ average age was 46. Half were married or partnered, two-thirds had at least a high school education, and slightly more than 60% owned their home.

Their analysis of the data indicated that changes in consumption, not income, correlated with changes in life satisfaction. The researchers also found evidence that increased conspicuous consumption (e.g., spending on clothes, vacations, hobbies) had the strongest effect.

Those conclusions expand on other recent findings about purchases and subjective well-being. Scientists from the University of Cambridge concluded from their 2016 study that people who spend money on purchases that mesh with their personality traits—as measured in a standardized psychological tests—report being more satisfied with their lives. What’s more, the researchers found that this effect was stronger than that of total spending and income. (Critics of the study, however, say the spending effects on well-being are too minimal to significantly affect people’s lives.)

Brown and Gathergood also tried to identify the <em>types</em> of consumption that might boost life satisfaction. Previous research has suggested that consumers glean more happiness from experiential purchases such as vacations and theater performances than they do from buying material goods like home furnishings, clothing, or consumer electronics.

Other studies have uncovered some nuance to that so-called experiential advantage. A 2018 study, for example, found that while people with more wealth were indeed happier with buying experiences versus tangible goods, people with lower incomes reported as much as or even more happiness from material purchases compared with experiential buys.

Brown and Gathergood looked for this experiential advantage in their own analysis, as well, but found no evidence that either type of spending yielded differing effects on life satisfaction.

Overall, the results provide a strong indication that a big paycheck alone will not guarantee you’ll feel better about your life. Once your salary hits a certain level, you may find diminishing returns for your sense of well-being.

Liked this article very much. I know a yoga teacher who works in a upscale grocery store , teaches yoga , is an avid reader and comes across as a very happy person. Happiness exudes from her being.
SL

An often-overlooked benefit of the pandemic: Working from home can be good for you, especially for women and other marginalized professionals.