There is broad consensus within the community of researchers in psychological science that ethnic and gender diversity are good for the science. APS works hard, as a matter of policy and conviction, to promote that diversity. The question is whether diversity of political conviction is similarly important, and, if so, whether APS should work to promote it. Jonathan Haidt and Lee Jussim argue that it is and that we should. The APS Board of Directors will discuss this question at its May 2016 meeting, and we welcome comment. In the broadest terms, what is the scope of diversity appropriate to a social science? Is, for example, religious diversity important? And, regardless of how important to the science different diversities may be, can a scientific society address that scope with meaningful policies?

Author’s Note: We thank APS President Randy Gallistel for giving us the opportunity to address our colleagues in the field of psychological science. In what follows, we build on ideas presented in an article published last September in Behavioral and Brain Sciences titled “Political Diversity Will Improve Social Psychological Science.” Aside from us, the authors of that article were José Duarte, Jarret Crawford, Charlotta Stern, and Phil Tetlock.

As the field of psychological science seeks to broaden and increase the diversity of its members, we at APS face an important question: What kind of diversity is most important to pursue? Diversity of viewpoint is the kind most likely to improve the validity of psychological science. As APS Past President Doug Medin and his Northwestern University colleague Carol D. Lee put it,

Validity in the sciences involves much more than attending to canons about the need for proper controls, replicability, and the like. It involves choices about what problems to study, what populations to study, and what procedures and measures should be used. In making these choices, diverse perspectives and values are important. (Medin & Lee, 2012, emphasis added) 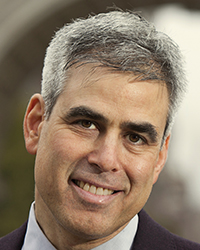 Viewpoint diversity is particularly valuable when organizations pursue open-ended exploratory goals (e.g., scientific discovery; Cannella, Park, & Lee, 2008; Menz, 2012; Tetlock & Gardner, 2015; Williams & O’ Reilly, 1998). When psychological scientists discuss the benefits of demographic diversity, they generally describe the diversity of perspectives as the active ingredient that such diversity offers (Galinsky et al., 2015). Yet in APS’s ongoing Diversity Initiative, the focus so far has been on demographic variables: race, gender, and nationality. In this essay, we urge APS to expand its focus and include viewpoint diversity — and especially political diversity — as a top priority. 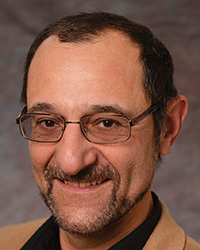 Our Behavioral and Brain Sciences (BBS) article made the case for political diversity by presenting evidence for four main claims:

In the rest of this essay, we offer an update to that article. Here are four things we have learned about political diversity after we wrote our article.

1) The political imbalance is even worse than we thought. 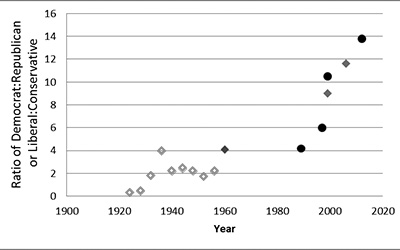 Figure 1 shows that academic psychology taken as a whole leaned left for most of the 20th century, but the left–right ratio began to skyrocket in the 1990s, reaching 12:1 in 2006 and 14:1 according to a report on social psychologists published in 2012.

Just this fall, a new dataset became available: Bill von Hippel and David Buss surveyed the membership of the Society for Experimental Social Psychology. In a sample of 330 mostly midcareer and senior social psychologists, the left–right ratio was 36:1 for self-descriptions on a “liberal” to “conservative” spectrum, 76:1 for voting in the 2012 US Presidential election, and 314:1 for the mean score on nine social policy items such as abortion and gun control (Fig. 2). Social psychology (like the rest of psychology, as shown in Fig. 1) has been purged of conservatives; there is almost nobody to the right of the center line. This means we can expect fewer and less vigorous challenges to politically valenced claims and assumptions made by left-leaning psychological scientists. (See Duarte et al., 2015, for many examples of the lower bar used to evaluate research favorable to left-wing, compared with right-wing, perspectives.) 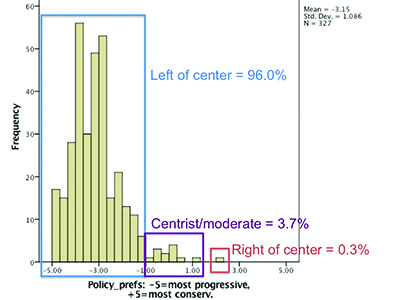 2) The problem is common across the social sciences and related fields.

As soon as our article was posted online, we heard from people in other fields, particularly sociology, political science, education, and law, telling us that their situations were similar. Their fields had so little political diversity that the occasional conservative graduate student quickly got the message: Go into the closet or get out of the field. In response, we teamed up with these other social scientists to create the website HeterodoxAcademy.org, which explains in greater detail why viewpoint diversity is so important in academia, and why it is so increasingly rare.

3) The problem is linked with larger national trends.

The ever-rising left–right ratio in psychological science may be related to the rising cross-partisan hostility that the American National Election Survey and Pew Research
(http://www.pewresearch.org/topics/political-polarization/) have found since the 1990s. As Americans have begun to distrust and dislike people across the political aisle more intensely in the last 20 years, it probably has become harder to be a political minority in any institution. Academia in its entirety moved sharply left beginning in the 1990s (Figure 3). 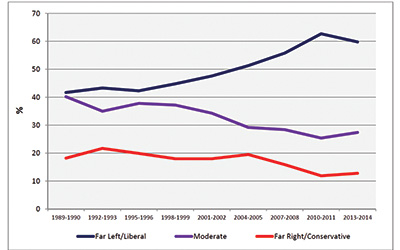 Figure 3. Data from the Higher Education Research Institute, based on surveys of college faculty conducted since 1989. Plotted by Sam Abrams. Click here for more information.

As the field of psychological science leans further and further left at a time of rising cross-partisan hostility, it may encounter rising resentment and decreased funding from Congress and many state legislatures. If APS wants psychology to remain credible in the eyes of the American people, it should prioritize viewpoint diversity — including political diversity — within its ranks.

4) Many social psychologists agree with us and want to do something about it.

Of the 33 commentaries on our political diversity article, the great majority agreed with our four main claims. Many psychological scientists truly believe in the benefits of diversity, and understand that it is the diversity of viewpoints that makes the science better.

We hope that our fellow APS members will consider our arguments as to whether or not psychological science has a viewpoint diversity problem. If the answer is yes, then we look forward to working together to address it. (We suggest many specific steps at the end of our BBS article and at HeterodoxAcademy.org/solutions.)

In arguing for the importance of political diversity, we are not saying that traditional types of diversity are unimportant. But we think that scientific psychology — like most social sciences — is now in a precarious position. Our political diversity has plummeted at a time when political polarization in the United States has soared. Our moral and political homogeneity deprives us of diverse perspectives (Fig. 2) at a time when politically charged issues such as immigration, inequality, and climate change are becoming increasingly contentious in the United States and in many other countries. Psychological science can be part of the problem and suffer the consequences, or it can show the world how to be part of the solution. 

I am wondering about how well the current most talked about political issues provide good examples of the liberal-conservative divide. Some of the issues (i.e. abortion) are very much influenced by religious beliefs. Issues like climate change break down along liberal-conservative lines politically despite strong scientific evidence on what appears to be one side. Many of us would like to make decisions about gun-control based on data, not just intuition and political argument. Is it possible that there is diversity of thought on many issues but it is overlooked because of the way the most talked about issues are dealt with in the political sphere?

APS Fellow Jonathan Haidt is a professor at New York University–Stern School of Business. His research focuses on morality, politics, and business ethics. He can be contacted at jhaidt@stern.nyu.edu.

APS Fellow Lee Jussim is a professor at the department of psychology at Rutgers University. His current research focuses primarily on scientific integrity and best practices in science. He can be contacted at jussim@rutgers.edu.

In psychological science, as in other sciences, it is difficult to establish broadly consequential conclusions beyond reasonable dispute. It therefore sometimes seems that we make no progress at all; however, when I look back on

APS Past President Robert Levenson explains why clinical training and licensure are some of the most important issues facing psychological scientists.