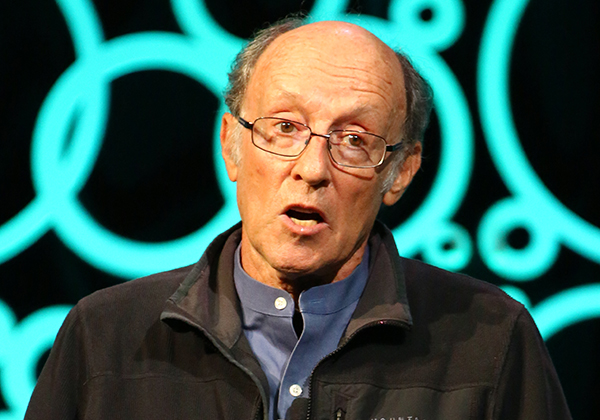 In the 1960s, research investigating the function of the hippocampus was in a state of crisis. The kinds of memory deficits that researchers had observed in the famous amnesic patient H.M. did not appear when they created analogous hippocampal lesions in rats and monkeys. How could the same structure play such a critical role in learning and memory in one species but not in others?

“This split led to chaos in the hippocampus world,” says APS Fellow Lynn Nadel of the University of Arizona. “I mean that seriously — there was this sense that ‘We have no idea what this structure is doing.’”

In his Fred Kavli Keynote Address at the 30th APS Annual Convention in San Francisco, Nadel discussed the paradigm-shifting advances he and colleagues have made, revealing just how much our understanding of the hippocampus has evolved in the last 50 years.

The turning point, said Nadel, was John O’Keefe’s discovery of “place cells,” neurons in the hippocampus that fire in response to specific places in the broader environment.

Nadel and O’Keefe were both working at University College London when O’Keefe brought over some exciting new data.

“This is like winning the scientific lottery,” Nadel observed. “Essentially, you work down the hall from somebody who makes a Nobel Prize-winning discovery and they ask you to join in — that doesn’t always happen.”

The two researchers began a collaboration that resulted in the now seminal book, The Hippocampus as a Cognitive Map, and a 2006 Grawemeyer Award for Psychology. Nadel and O’Keefe theorized that place cells operated collectively to form a cognitive map of sorts — this cognitive map represents spatial information, but is fundamentally one of the brain’s memory systems. Each of these memory systems is associated with a particular brain area (or network) and specializes in processing and storing a particular type of information.

The purpose of the cognitive map, they theorized, is to represent information about space and episodes, enabling place-based strategies to predict what will happen in certain contexts.

The theory found confirmation in rodent studies, which showed that rats with hippocampal lesions were not able to recall the location of a food reward. In one experiment, for example, the researchers trained rats to receive water rewards either at specific locations or where a light was being shone. Rats with intact brains could remember and navigate to reward locations without difficulty, whereas rats with hippocampal lesions could only follow the light – they were incapable of learning about locations.

These findings suggested that the hippocampus is essential to learning and behavioral strategies that depend on a sense of place. Indeed, developmental research in humans and other slow-developing species has shown that this kind of place-based learning typically comes online as the hippocampus develops, emerging in humans around 18 to 24 months and maturing as late as ages 10 to 12.

The hippocampus is required for us to be able to access details from even the most distant or remote episodic memories, as Nadel and APS William James Fellow Morris Moscovitch established in multiple trace theory. In several studies, Nadel, Moscovitch, and colleagues showed that the hippocampus is activated to the same degree whether participants are remembering a vivid event that happened 3 days ago or 30 years ago. These findings helped to upend the standard model of memory consolidation, which assumed that memories became independent of the hippocampus once they had been consolidated.

“This basic result ― that the hippocampus is activated by remote memories as long as they’re interesting enough and have been preserved in that way ― has been replicated by everybody. It’s no longer a question of whether this happens,” Nadel observed.

To Nadel and colleagues, it seemed like “a crazy way to build a memory system if every time you retrieve memory it’s in danger of being wiped out.” They hypothesized that there must be a functional advantage to a system that inherently makes memories so vulnerable to disruption. That advantage, they argued, is the ability to update our memories to accommodate new information.

The fact that our memories are labile means that they can expand and flex ― they are “living beasts” that remain “adaptive and functional even as the world changes around us,” Nadel explained. Over time, Nadel and colleagues have illuminated some of the mechanisms that underlie this updating process.

In one study, Nadel and colleagues showed participants a blue basket containing multiple objects. They pulled the objects out of the basket one at a time and instructed the participants to try to remember all of the items. Two days later, some of the participants returned to the same room with the same experimenter, who asked them if they remembered what they had done there previously. Other participants were shown to a different room with a different experimenter. Participants in both groups then received a second set of objects to memorize.

The researchers hypothesized that bringing participants back to the same context would reactivate their memory for the previous session: Because the participants were learning the second list under similar conditions, they might end up erroneously associating some of those items with the first list. And that’s exactly what the data revealed. Participants who came back to the same room with the same experimenter misattributed several items from the second list, while those who came back to a different room with a different experimenter did not.

Additional findings indicated that the spatial context, not the experimenter or the reminder question, was the key component that triggered memory reactivation and updating in this way.

In another learning study, the researchers trained participants to associate objects, such as a saw or an alarm clock, with the appropriate sounds. Two days later, the participants heard some of the sounds again as their brain activity was measured in a functional MRI (fMRI) scanner. They then learned a second list of words.

As expected, playing the sounds reactivated the memory of the first list and led participants to misattribute some of the items from the second list to the first one. But there was noticeable variation across participants ― some showed significant misattribution, while others showed virtually none. The fMRI scans were revealing: Participants who showed relatively greater activity in the visual cortex while they heard the sounds tended to make fewer misattributions later.

“The more robustly they reactivated the memory, the less likely it was to be intruded upon by this new set of objects that they were learning,” Nadel explained.

Greater activity in the temperoparietal junction (TPJ) as participants learned the second list was also associated with fewer misattributions. The TPJ is thought to reflect processing of details, and these findings suggest that the level of detail “determines whether memories are going to get mixed together or whether they’re going to be kept apart,” Nadel explained.

In other words, when we reactivate a memory with high resolution, we can easily separate the details of the memory from the details of our current experience — the differences are clear. When we reactivate a memory with low resolution, however, details from the memory and details from current experience may become blurred together.

These findings have opened an entirely new frontier in memory research, and scientists are now beginning to examine whether it is possible to take a more deliberate and intentional approach to remaking memories. Nadel and others are also exploring the possibilities of memory updating during sleep, which is thought to be a period of spontaneous reactivation.

The exact parameters that determine the malleability of a memory remain unclear, but there is no longer any question that memory is inextricably linked with a sense of place. To illustrate this point, Nadel related a story about an encounter from his time in Prague as a postdoctoral student. On several occasions, he crossed paths with the same older man sitting on the bank of the Volta River. When Nadel eventually asked the man what he was thinking about, the man replied that he was thinking about his wife and how they always used to come to that spot on the river.

“He was telling me something very important about memory ―­ that place is an indicator of memory, a signal for reactivating memories,” Nadel reflected, many years later.

The stories we tell about past events are accurate, although details tend to fade with time.