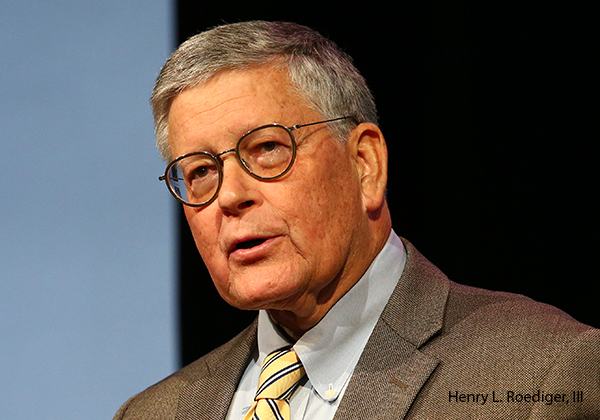 “Cicero described memory as the treasury and guardian of all things,” said APS President Suparna Rajaram (Stony Brook University) as she launched her Presidential Symposium at the 30th Annual APS Convention.

A distinguished group of speakers explored the science of memory from a variety of perspectives, crisscrossing fields within psychological science and taking the audience from neurons to nations in understanding the nature of memory. 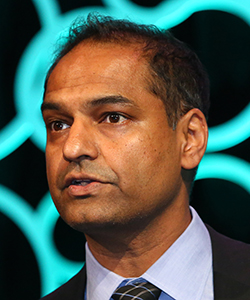 Can scientists use what they’ve learned from cognitive neuroscience to actually improve the way people remember? At some point in his career, Charan Ranganath (University of California, Davis) started to get really interested in this question.

Ranganath’s work focuses on the ways that memories are prioritized; we don’t just remember everything we’ve ever encountered, we prioritize some memories for retention and we can hack that and make use of it through the brain’s motivational circuitry.

As part of the presidential symposium, he described his lab’s development of “brain hacks” that not only help psychological scientists understand how memory works, but offer individuals some tips for improving their memories.

Ranganath and postdoctoral researcher Matthias Gruber hypothesized that curiosity may act on dopamine receptors in the brain similar to other forms of motivation, with the potential to improve memory. They had participants answer trivia questions while in an MRI scanner, and found a link between curiosity, activity in the hippocampus, and recall.

As might be expected, people were better at remembering information from questions that piqued their curiosity. People who were highly curious about a particular question were also better at remembering additional non-related information they weren’t curious about. Activity in the dopaminergic circuit, Ranganath noted, was stimulated only by question’s that stimulated curiosity, not by answers that satisfied it. During this period of sustained activity people were better at learning related information they weren’t curious about, and this effect was accompanied by greater activation of the hippocampus.

Another series of studies showed how recalling information about just a part of an event, in this case, a tour of a raptor bird rescue center, can improve retrieval for the event as a whole. In this case, just the act of going back to a photo of the experience and recalling one small piece of the event led to better memory for other parts of the event, and stronger recall over time.

Ideas and findings from both cognitive psychology and neuroscience can actually be used in education and other real-world settings to improve people’s memory, Ranganath explained. 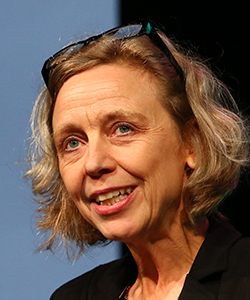 Involuntary autobiographical memories are a unique form of memory whereby past events come to our minds without any effort at retrieval; the memory simply pops up, seemingly on its own. Proust’s madeleine cookie (and the over 4,000 pages of the novel this cookie ostensibly inspired) may be the most famous example of this type of memory.

Over several decades, APS Board Member Dorthe Berntsen (Aarhus University) has studied this unique form of autobiographical memory. Her work has examined involuntary memory across the lifespan; in non-human animals; and as an important research topic for understanding the role of intrusive, involuntary memories in psychopathologies such as PTSD.

Across several studies, Berntsen and colleagues found involuntary autobiographical memories arise spontaneously in response to distinctive situational cues. This is adaptive and prevents us from being constantly flooded by these memories, she explained.

Voluntary and involuntary recall actually utilize the same underlying neurostructures, but differ in the degree of retrieval effort required. This has implications for populations with weakened or less-developed executive function, including non-human animals. To test the role of involuntary memory in apes, Berntsen and colleagues hid cardamom pellets, a novel and distinctive food the primates had never had before, in an enclosure for the apes to find. Even after nearly a year had passed, around 40% of the apes remembered the hiding place after coming across another cardamom pellet on the ground; much like Proust’s cookie, these unusual treats prompted a memory of the past without the need for effortful retrieval.

Involuntary memories also play an important role in clinical disorders, perhaps most prominently in PTSD. Berntsen’s research has challenged some of the assumptions about the role of intrusive involuntary memories in psychopathology. Involuntary memories do not seem to have privileged access to trauma and stressful events, as had previously been believed, but they leave little room for adaptive emotion regulation at the time of retrieval.

“They are more emotionally overwhelming at the time of retrieval,” she said, “so they take us by surprise and therefore may become very intrusive when we have negative content.” 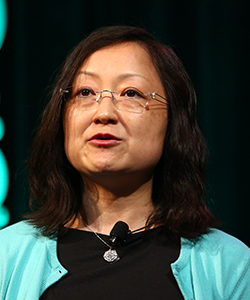 Studies of cultural differences often reflect a static view of culture as a characteristic largely defined by geography. But culture is anything but static, said APS Fellow Qi Wang (Cornell University).

“We can consider culture a dynamic constellation of ways of life and that will influence how we study memory development,” Wang said.

A multi-level analysis approach reveals the dynamic process by which memory development unfolds in cultural contexts, she explained.

Wang’s research shows how culture influences memory development across many different levels, from our day-to-day family interactions to macro-level geopolitics. This multi-level research examining individual, group, dyadic, situational, and temporal levels of analysis demonstrates how autobiographical memory can function as a complex, open system that is influenced by a wealth of shifting cultural factors.

Culture is ever-changing and transitory, and its influence on memory development often reflects the characteristics of these cultural shifts over time. This includes everything from the language one is using at a particular moment to geopolitical policies that affect an entire nation.

Wang’s research has shown that even in children as young as three years old, cultural self-goals influence ways of remembering, such as whether events are focused around an individual or a social unit. Parents also play a role in shaping what aspects of an experience are most important, and hence imprinted in memory. An additional line of research demonstrates how speaking a given language may be another way that culture influences our perceptions and our memories.

“The temporal level analysis suggests that even cultural values and ways of thinking can evolve and change as a result of larger societal-historical factors such as government policies,” Wang explained. “Those changes can further lead to change in cultural priorities and goals, and the internalized self-goals individuals come to have, which further shape personal remembering.”

China’s one-child policy is an example of a national-level policy that fundamentally changed family structure and family practices. These shifts in family practices ultimately contribute to changes in how individuals remember; single children adopted a more individualistic pattern of memory compared to children raised with siblings.

APS Past President Henry “Roddy” Roediger, III (Washington University in St. Louis) became interested in the collective memory of World War II after contrasting popular portrayals of the war in America to the perceptions of people in other countries. He’s found that remembrances of the war can vary remarkably nation to nation.

It’s important, he emphasized, not to confuse collective memory with history. Collective memories are representations of the past shared, to a greater or lesser degree, by members of a group. But just because a group shares a memory doesn’t necessarily mean it’s correct.

“While history should be an objective account of the past, collective memory is the memory of the past that we use as part of our identity,” Roediger clarified.

Research on collective memories about World War II indicate stark differences even among countries who fought on the same side. The standard American story about the war is that the United States joined the conflict after the Japanese bombed Pearl Harbor, with victory in Europe following four years later due largely to U.S. efforts.

“Now, all well and good except that other countries, particularly Russia, have totally different narratives of the war, and that’s what we wanted to try to get at in this study,” Roediger explained.

His team surveyed 1,530 people from 11 countries, 8 of which fought on the Allied side, about their memories of World War II facts and events. When asked to rate their country’s contribution to winning the war, people of three of the countries surveyed thought that their country they deserved more than 50% of the credit. For example, Americans said 54% of the victory was due to the U.S. contribution and English people said the U.K. was responsible for 51%. Yet, Russians gave the former Soviet Union around 75% of the credit (Russia also had by far the greatest casualty rate in the war). Furthermore, when asked to list the most important events of the war, people in the U.S. and U.K. provided lists that were almost nonoverlapping with those provided by Russians.

“We see that national schemas of the war, the way the war is remembered, is quite different, even among allies,” Roediger concluded. Interestingly, other countries surveyed tended to provide the U.S. and U.K. view of the war.

﻿Unrelated Events Are Linked in Memory When They Happen Close Together

Occurring within a brief window of time links two events in memory, such that calling forth memory of one helps retrieve memory for the other event.