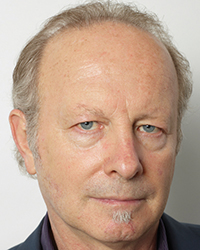 Joseph E. LeDoux, a 2015 recipient of the APS William James Fellow Award, will speak at the 27th APS Annual Convention in New York City, to be held May 21–24, 2015. LeDoux will speak about how the brain learns to cope with fear, anxiety, and threat states.

LeDoux’s groundbreaking research on brain–behavior relationships has shown how neural and molecular mechanisms support Pavlovian aversive conditioning, a form of learning in which stimuli associated with harm become threatening and both trigger innate defense reactions and motivate novel actions. In recognition of his achievements, he was elected to the American Academy of Arts and Sciences in 2006 and to the National Academy of Sciences in 2013.

The celebrated neuroscientist has also written two influential books — The Emotional Brain and Synaptic Self — on how our brains learn to react to threat states over time. A new book, Anxious, is due out in July. His research has informed numerous articles in Scientific American and was part of the inspiration for APS Fellow Daniel Goleman’s Emotional Intelligence, which played a key role in bringing public awareness to the idea that the rational and emotional aspects of our brains combine to create and influence our whole personality. LeDoux’s research and writings have therefore contributed greatly to the public’s understanding of the field of psychological science.

More recently, LeDoux has reexamined his earlier research to offer new conceptualizations about how and why the emotions of anxiety and fear — and our responses to them — arise. His new exploration of these negative emotions could lead to significant implications in the field of emotion study, which may ultimately benefit both clinicians and researchers.

What’s the best way to overcome anxiety and the fear of being caught off guard negatively?