Much of the attention given to risky behavior focuses on affect — how that drink or cigarette will make one feel. But what about cognition? Cognitive processes like prediction, planning, reasoning, and memory also play a role in risky decision making. Several researchers presented the latest research on these cognitive processes in “Viewing Longstanding Issues Through Novel Lenses: Engaging Cognitive Skills in Risky Behavior,” a National Cancer Institute (NCI)-sponsored symposium at the APS 22nd Annual Convention, chaired by William P. Klein of NCI and Ellen Peters of Decision Research and The Ohio State University. 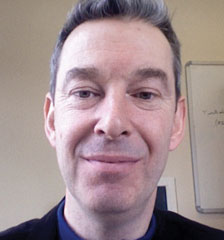 There is a well-established distinction between cognitive attitudes (thinking something is either worthwhile or foolish) and affective attitudes (thinking something is enjoyable or unpleasant). Multiple studies have confirmed that affective attitudes are much more powerful than cognitive attitudes when it comes to making decisions. Paschal Sheeran of the University of Sheffield has been studying the dynamics of these attitudes and possibilities for increasing the influence of cognitive attitudes, which, in situations from smoking to drinking to diet, are the ones that people would ideally follow to make healthier decisions. In three studies, Sheeran and his colleagues rated participants’ cognitive and affective attitudes toward a risky behavior and introduced If-Then plans to help avoid the behavior (like teaching this mantra to potential drinkers: “If I have the urge to get drunk, then I instantly ignore that feeling and tell myself ‘I can get drunk another night!’”) to half the participants. He found that this planning can increase the impact of thoughts and decrease the impact of feelings by both shielding goal striving from unwanted feelings and stabilizing goal-striving behavior. 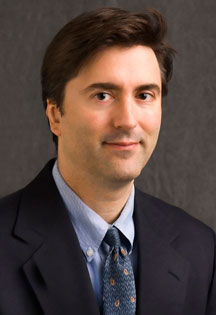 In addition to understanding the relative thoughts and feelings about a risky behavior, another key insight is that these attitudes vary depending on the situation. Further, people may not even be aware of how variable their attitudes are and may lack insight into how they will feel in a given situation. Michael Sayette of the University of Pittsburgh and George Loewenstein of Carnegie Mellon University has been testing how these empathy gaps, our failure to understand how we will feel in a future situation, play out in smoking cessation. Craving is one of the hallmarks of nicotine addiction and can present a serious challenge to those trying to quit. But, do smokers understand the power of both their present and future cravings? Through an ingenious set of studies manipulating smokers’ cravings, Sayette and his collaborators have found that cravings really do affect self-regulatory cognitive processes. In addition, while in the midst of a craving, smokers may not realize that the intensity and duration of the craving is limited, leading them to panic and smoke. On the other hand, when they are not craving a cigarette, smokers are likely to underestimate the power of future cravings leading them to be overconfident about their ability to abstain. Understanding these dynamics may lead to powerful new tools in helping people avoid many types of risky behavior. 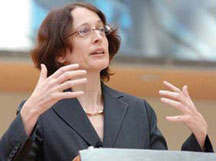 Ayelet Fishbach of the University of Chicago noted that we have been “thinking about self control since the time we were thinking.” She went on to describe some of her work on the dual nature of self control: it requires that we both identify situations where self-control is needed and deploy it once we have decided it’s called for. Multiple factors, like perceived time frame and consistency with other opportunities to indulge, affect our identification of situations requiring self-control. Once a conflict has been identified, we deploy a variety of tactics to asymmetrically shift our responses to the goal and temptation — we increase our motivation to eat healthy foods and decrease our desire to eat that donut through a variety of psychological means from avoidance to rewarding yourself later. Some of Fishbach’s most fascinating research indicates that sometimes, like when the actual lure of the donut is less than we expected, exposure to the tempting object can actually help us avoid unwanted behavior, a counter-intuitive finding that could have far-reaching effects.

Fishbach also pointed out that “about half of all deaths in the United States are attributable to ‘modifiable’ behaviors, such as smoking, poor diet, and lack of exercise.” Clearly, many health conditions are affected by decision making. Ellen Peters, one of the symposium’s co-chairs, delved into the impact that mass schooling has on health and health decisions. Mass formal education is a relatively recent phenomenon in the human experience. But, it has already been correlated with longer life expectancy, fewer offspring, and fewer negative health outcomes overall. 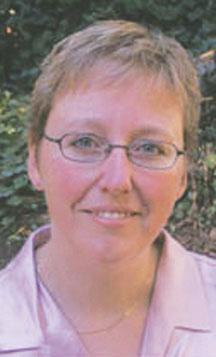 So, how does schooling lead people to make better health decisions? Does it simply increase their knowledge about health-related matters or are there other cognitive changes at work? To find out, Peters led a team of researchers to Ghana. Formal education is a recent and relatively rare thing in Ghana, giving Peters the opportunity to study populations with very similar backgrounds and economic statuses, but different levels of schooling. Participants from Eastern Ghana underwent a series of questions concerning their knowledge about HIV/AIDS, HIV protective behaviors, and their schooling. The researchers also tested their cognitive, numeracy and decision abilities. It turns out that schooling influences protective health behaviors and knowledge through increased cognitive and decision abilities; after controlling for these abilities, knowledge itself did not lead to more protective health behaviors. According to Peters, schooling allows people to not only acquire knowledge, but to “extrapolate from health knowledge, think counterfactually about actions, reason statistically in everyday life and ultimately lead healthier lives.”