LiveScience: When your head hits the pillow, for many it’s lights out for the conscious part of you. But the cells firing in your brain are very much awake, sparking enough energy to produce the sometimes vivid and sometimes downright haunted dreams that take place during the rapid-eye-movement stage of More

Assigning Wikipedia Instead of Term Papers

Positive Psychology News Daily: Are you a professor teaching a class on psychology — or perhaps another discipline that relies on psychology, such as management science? Are you putting the final tweaks on your course syllabus? Then consider this: Wikipedia has been shown to be the most important source of More

Is TV Teaching Kids to Value Fame Above All?

TIME: Is fame more important to tweens than it used to be? A new study suggests that young kids of this decade are vastly more familiar with and are more likely to value individualistic personality traits like fame, achievement and wealth than kids of past eras — way back before More 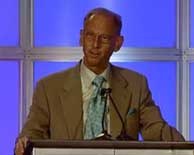 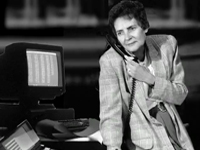 Moving Visual Research Out of the Lab and Into Real-World Settings It might not seem like it when you are looking for those missing car keys (for the third time this week), but humans are adept at visual searching. Our attention processes zero in on likely candidates while collecting only More