The Psychological Clinical Science Accreditation System (PCSAS), which focuses on the quality and outcomes of scientific training of doctoral-level clinical psychologists, was recognized as an accrediting body by the Council for Higher Education Accreditation (CHEA), the national nongovernmental gatekeeper of accrediting organizations. This “seal of approval” is an important symbolic development in the evolution of modern clinical psychological science, and it has enormous practical implications. It opens the way for graduates of PCSAS-accredited clinical science training programs to work in settings in which graduation from an accredited program is a prerequisite for further training and employment. 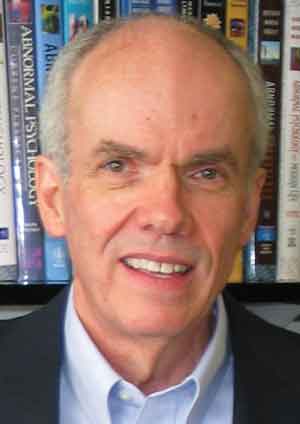 “The way to advance the field is to base it on science,” says Richard M. McFall, Indiana University and Executive Director of PCSAS. “The graduates of our programs should be prepared to base what they do on the best scientific literature, which should increase the overall effectiveness of services delivered.”

That sentiment was echoed by Thomas R. Insel, director of the National Institute of Mental Health (NIMH), a federal science agency that supports a significant amount of clinical psychology training as well as behavioral research. Insel told the Observer that the science-based training approach endorsed by PCSAS stands to “powerfully benefit” public health. He called CHEA’s recognition of the system “an important step toward allowing this brand of clinical psychology to thrive, and to ultimately benefit the public.”

CHEA is one of two organizations in the United States with the power to recognize national accrediting bodies. (The other is the Department of Education, which is concerned with student-loan programs.) The recognition — reached by CHEA after an exhaustive, three-year review process — grants PCSAS the authority to accredit doctoral programs that meet its science-based criteria.

PCSAS was created in late 2007 to promote science-based training and, by extension, to introduce a new culture of scientific clinical psychology. The system first received widespread attention in a monograph, published as the November 2008 issue of Psychological Science in the Public Interest (PSPI), that outlined its research-oriented mission. That report compared the current state of clinical psychology training to early 20th-century medicine — a prescientific pursuit based largely on anecdotal perceptions of treatment.

The authors concluded that “psychologists, universities, and other stakeholders should vigorously support this new accreditation system as the surest route to a scientifically principled clinical psychology that can powerfully benefit clinical and public health.”

For years, the only accrediting body for clinical psychology training programs has been the Committee on Accreditation, which is governed by the American Psychological Association (APA). Critics of that system have long felt its approach to clinical training emphasizes hours spent practicing therapy to the detriment of time spent gaining a thorough knowledge of the latest empirically-based clinical methods.

Varda Shoham, who works for NIMH on a temporary basis but spoke to the Observer in her role as a professor at University of Arizona, says the “old culture” of training doctoral-level psychologists to be therapists “no longer exists.”

“We can’t just keep training our students the way we always trained them,” says Shoham, a coauthor of the 2008 PSPI report, along with McFall and Timothy B. Baker of the University of Wisconsin–Madison.

“PCSAS programs are training the clinical scientists who will develop new treatments, test them, implement them in community settings, train the workforce, supervise the workforce to do science-based assessment and intervention,” says Shoham. “That’s the goal of our training.”

To date, 14 institutions have been accredited by PCSAS — having taken the leap of faith that CHEA recognition would come through — and a dozen more have submitted letters of intent to apply. Among them are acknowledged top tier programs such as Illinois, Northwestern, Washington University in St. Louis, Harvard, Penn, Duke, UVA, UCLA, USC, and Berkeley. Also included are non-US institutions such as McGill and Toronto (see PCSAS website for a complete list). McFall says he expects many others to jump into the queue now that the system’s role as an accrediting organization is official.

“Recognition from CHEA opens all sorts of doors for us,” he says. “I’ve been told directly by directors at other programs that as soon as we get CHEA recognition they’re going to come in.”

One big door now open to PCSAS-accredited programs is at the Department of Veteran’s Affairs. The VA is an esteemed training ground for clinical interns, as well as the largest employer of professional clinical psychologists in the United States. Currently, the VA only accepts students and hires graduates from APA-accredited programs.

“I think it certainly should happen,” says Zeiss. “I think the only question is just the time it will take.”

PCSAS leaders say the next step will be to gain acceptance from state licensing boards.

What distinguishes PCSAS as an accrediting body is its emphasis on program outcomes, says Teresa Treat, University of Iowa, a member of the system’s review committee. Eligible training programs seeking PCSAS accreditation must submit an overview of their curriculum, vitas for their current students, and narrative descriptions of all graduates over the previous decade.

That approach provides training flexibility and recognizes the diversity of careers a clinical psychologist might pursue, says Treat. Those include everything from university researchers designing new treatments, to clinical administrators implementing them in real-world communities, to policy experts communicating the best evidence-based practices to lawmakers and the public, and beyond.

“There are many different ways that someone could be or become a clinical scientist,” says Treat. “PCSAS opens all that up and says what matters is whether the products of your training programs are functioning as clinical scientists within 10 years of graduation.” 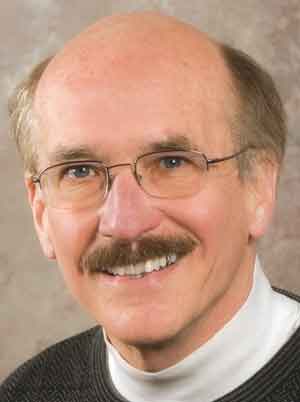 A common misperception of PCSAS is that it focuses on a program’s research components to the exclusion of clinical training, says Robert F. Simons, University of Delaware, chair of the PCSAS review committee and a member of the board of directors, but, that’s just not true. In fact, Simons estimates that the review committee spends up to 75 percent of its time discussing a program’s clinical capabilities. PCSAS graduates would of course be qualified to directly provide the best and most current empirically based treatments, but with the added bonus that they would be trained to recognize and implement newer better treatments when they come along.

After all, he says, research programs don’t need to be accredited, but clinical programs do precisely because their graduates work directly with patients.

“You can be the best scientist in the world, but if you don’t have the clinical training you’re not relevant to our organization,” says Simons.

APS Executive Director Alan G. Kraut sees CHEA’s recognition of PCSAS as a sign that clinical psychological science has evolved in important ways. Since the early 1990s, when APS organized a summit to discuss the future of clinical psychology, the field has produced a new science-based alliance of training programs (the Academy of Psychological Clinical Science), a new integrative research journal (Clinical Psychological Science), and stronger ties to other scientific  disciplines.

Kraut believes those advances have all led to “more knowledge and more treatment about the disorders at the base of mental health and illness.”

“In some ways, I really think we’re entering a golden age of clinical psychological science,” he says.