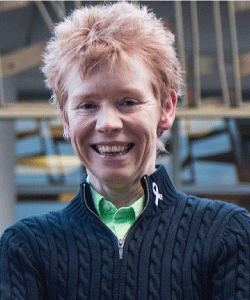 APS Fellow Devon Leigh Logan Polaschek has been made a Member of the New Zealand Order of Merit for her contributions to criminal psychological science.

Polaschek, a professor of psychology and crime science at the University of Waikato, is among 56 individuals appointed as Members of the Order by Queen Elizabeth II of the United Kingdom, in her right as Queen of New Zealand. The appointments are made on the advice of the New Zealand government to reward good works across the fields of health, arts, athletics, education, science, and social services.

Before coming to the University of Waikato, Polaschek was a researcher and professor of criminal psychology at Victoria University of Wellington for 23 years.  She conducted research at the Rimutaka Prison Special Treatment Unit Rehabilitation Programme (STURP) from 1999 until 2017. Through this research, she sought to devise and evaluate new methods of rehabilitating and reintegrating imprisoned men into society while reducing their risk of reoffending. The STURP has been shown to reduce the risk of recidivism by as much as 37%.

Polaschek has produced more than 120 books, book chapters, research articles, and government reports, many of which have been cited in the international academic literature. A former Fulbright scholar, Polaschek currently directs the newly formed New Zealand Institute for Security and Crime Science at the University of Waikato.

On November 30, APS Fellow Kenneth J. Sher delivered the 2017 Mark Keller Honorary Lecture, one of the highest honors given by the National Institute on Alcohol Abuse and Alcoholism (NIAAA), part of the US National Institutes of Health (NIH).