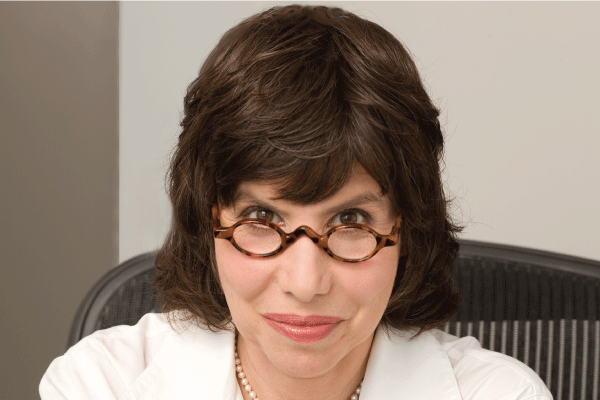 Alison Gopnik, an APS Fellow who is recognized internationally for her study of children’s learning and development, has been selected as a 2020 Guggenheim Fellow. Announced on April 9 by the John Simon Guggenheim Memorial Foundation, the 175 individuals selected for the 2020 honors include writers, scholars, artists, and scientists drawn from 53 scholarly disciplines and artistic fields. Gopnik is the only recipient in the field of psychology.

A professor of psychology and affiliate professor of philosophy at the University of California at Berkeley, Gopnik writes and speaks widely about cognitive science and psychology, including the Mind and Matter science column for the Wall Street Journal and a 2011 TED Talk on how babies think. Her books include The Scientist in the Crib (1999), The Philosophical Baby: What Children’s Minds Tell Us About Love, Truth and the Meaning of Life (2009), and The Gardener and the Carpenter: What the New Science of Child Development Tells Us About the Relationship Between Parents and Children (2016). She alluded to her next project in a tweet. “Many thanks for all the Guggenheim congrats! I’m using it to write a new book ‘Explore: A unified theory of childhood’ aka a computational, cognitive and evolutionary explanation of why kids are so weird.”

Since its establishment in 1925, the John Simon Guggenheim Memorial Foundation has granted more than $375 million in fellowships to more than 18,000 individuals selected for both their achievement and promise. Fellowships are intended to further recipients’ development by helping them “engage in research in any field of knowledge and creation in any of the arts, under the freest possible conditions and irrespective of race, color, or creed.” The Foundation receives approximately 3,000 applications each year.

Other APS Fellows to receive Guggenheim fellowships include Jennifer Richeson (2015), whose research focuses on cultural diversity and social group membership, Fei Xu (2018), who studies cognitive and language development in infants and children, and APS President Lisa Feldman Barrett (2019), renowned globally for her revolutionary research on emotion in the brain.