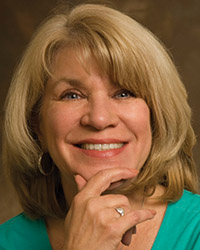 How can we leverage our understanding of resilience to help victims of disasters recover? Are the secret algorithms used by dating sites really superior to more conventional methods for finding our perfect mate? Do seemingly ubiquitous learning techniques such as highlighting text and taking practice tests really help us learn better?

These are just a few of the questions that have been explored with exceptional depth in the pages of the seven volumes of Psychological Science in the Public Interest published during the tenure of Editor-in-Chief Elaine F. Walker.*

Walker, an APS James McKeen Cattell Fellow and the Samuel Candler Dobbs Professor of Psychology and Neuroscience at Emory University, took on the role after spending more than 20 years conducting a formidable body of research on a variety of topics related to the neurodevelopmental aspects of psychopathologies such as schizophrenia. She took over the editor role from APS Past President Morton Ann Gernsbacher and APS Past Board Member and Founding Editor Stephen J. Ceci, who launched the journal in 2000.

In a November 2008 interview in the Observer announcing her editorship, Walker said she recognized the vital niche that the journal fills as a bridge between the scientific community and the public. She praised PSPI as “a forum in which the most accomplished investigators and seminal thinkers offer their informed perspectives for the benefit of the general public, with no expectation of direct compensation for their efforts,” and she vowed to use her position as editor to strengthen and build upon that connection.

Consequently, one of Walker’s primary goals for her editorship from the outset was to increase the exposure for PSPI reports, both within the psychological science community and in the larger spheres of public policy and the general public. “It is my impression that psychologists have an admirable sense of social responsibility, and this includes a commitment to sharing their knowledge with the larger community,” she said.

She didn’t waste any time: The first PSPI issue published in her tenure was 2009’s “Enrichment Effects on Adult Cognitive Development: Can the Functional Capacity of Older Adults Be Preserved and Enhanced?” In June of that year, two of the report’s authors held a press conference at the National Press Club in Washington, DC, to explain the important findings contained in the report — one of the most comprehensive critical reviews ever compiled of the techniques and behaviors that can effectively maintain cognitive functioning with age — to a national audience of reporters and policymakers.

Since that first issue, Walker has commissioned reports that cover the full spectrum of psychological inquiry, from why people cooperate even when it may affect them negatively to why we are so susceptible to misinformation and how to correct inaccurate information and public perceptions. A 2010 report, “Weighing the Costs of Disaster: Consequences, Risks, and Resilience in Individuals, Families, and Communities,” used evidence about the psychological effects of disasters to shape recommendations for intervention strategies to help victims manage their mental health in the aftermath of a disaster. In a similar vein, a 2013 report outlined the barriers to widely disseminating effective evidence-based treatments for post-traumatic stress disorder (PTSD) and proposed strategies for overcoming these obstacles in order to deliver the mental health care necessary to help our nation’s veterans and other sufferers of PTSD in need of healing.

Sometimes, the journal’s reports revealed surprising connections across scientific disciplines. A 2009 issue titled “Bilingual Minds” examined the impacts of bilingualism on linguistic acquisition and processing as well as on cognitive functioning. The authors found evidence that the increased executive control shown in individuals who speak more than one language may slow the cognitive decline that can lead to Alzheimer’s disease. That groundbreaking discovery was covered in leading media outlets — both in the United States and internationally — such as Discover Magazine, National Geographic, The Guardian (UK), and The Times of India, illustrating the truly global reach of the journal.

The journal has also at times provided a kind of scientific rejoinder to popularly held ideas — such as the notion that lies can be readily detected by certain nonverbal signals, or “tells.” Although some researchers have found evidence for specific nonverbal markers of deception detection, the review of evidence provided in the 2010 report “Pitfalls and Opportunities in Nonverbal and Verbal Lie Detection” dispels many assumptions about lie detection while presenting certain methods, such as asking someone to recall events in reverse order or asking open-ended questions, that are much more effective.

A 2012 report, “Improving Students’ Learning With Effective Learning Techniques: Promising Directions From Cognitive and Educational Psychology,” similarly challenged conventional belief in the effectiveness of various learning strategies such as highlighting, rereading, and the use of mnemonic devices. The authors examined 10 common techniques and found those that spread study sessions over time (so-called “distributed practice”) to be the most effective, a revelation that could potentially impact the study habits — and intellectual growth — of millions of students.

The findings contained in the journal’s reports have attracted increasingly larger audiences under Walker’s stewardship. Several authors of PSPI reports have translated their results for general audiences in the pages of mainstream media outlets such as Newsweek and The New York Times, including in the paper’s renowned “Gray Matter” op-ed column. From this influential platform, APS Fellows Eli J. Finkel* and Benjamin R. Karney debunked the “scientific matching algorithms” of online dating sites, relaying their findings from a 2012 PSPI report showing that these services do not predict more successful relationship outcomes than conventional dating. (The primary utility of these sites, the authors concluded, lies in the ease of access to an enormous pool of potential romantic partners.)

During Walker’s time at the helm of Psychological Science in the Public Interest, she has commissioned reports from the most prominent researchers in fields that span what can sometimes seem like an oceanic gap between theory and practice. When she began her term, Walker remarked of PSPI, “To my knowledge, there is no comparable journal in any other field of science.” As the last 7 years of in-depth analyses of scientific issues with real-world impact affirm, that statement still holds true today.

*Elaine F. Walker will be speaking at the 2015 APS Annual Convention in New York City, May 21–24, as part of the PSPI Symposium.

*Eli J. Finkel will be speaking at the inaugural International Convention of Psychological Science, March 12–14, 2015, in Amsterdam, the Netherlands, as part of a symposium on E-Relationships.