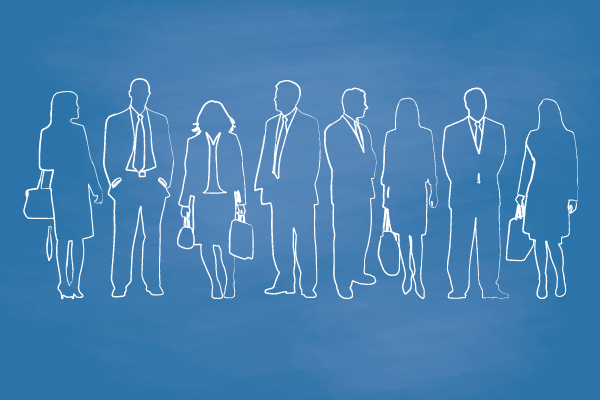 Alison Gopnik is a professor of psychology, affiliate professor of philosophy, and member of the Berkeley Artificial Intelligence Research (BAIR) group at the University of California, Berkeley, where she has been on the faculty since 1988. She received her BA from McGill University and her PhD from Oxford University.

A leader in cognitive science and the study of children’s learning and development, Gopnik was a founder of the field of “theory of mind,” or the ability to attribute mental states to ourselves and others, and an originator of the “theory theory” of children’s development, which says that children develop and change their intuitive theories of the world in much the way that scientists do. She also introduced the idea that probabilistic models and Bayesian inference could be applied to children’s learning. Continuously supported by the National Science Foundation, she is an elected member of the American Academy of Arts and Sciences, the Cognitive Science Society, and the American Association for the Advancement of Science and a 2020 Guggenheim Fellow.

In addition to her teaching and research, Gopnik has written more than 120 journal articles and several books including bestsellers such as The Scientist in the Crib, The Philosophical Baby, and The Gardener and the Carpenter. She has written widely about cognitive science and psychology for The New York Times, The Atlantic, The New Yorker, Scientific American, The New York Review of Books, New Scientist and Slate, among other publications. Her 2011 TED Talk “What Do Babies Think?” has been viewed nearly 4.9 million times. She has frequently appeared on TV and radio programs including The Colbert Report, Radio Lab, and The Ezra Klein Show. Since 2013 she has written the “Mind and Matter” column for the Wall Street Journal.

Additionally, Gopnik has consulted with governments and nongovernmental organizations about the importance of child development and caregiving—an issue whose political moment has finally arrived, she believes, and where she hopes to see science and APS play an important role. She has also been a strong advocate for better and broader science communication, another APS focus.

Rachael E. Jack is a professor of computational social cognition and director of the FACESYNTAX laboratory in the Institute of Neuroscience & Psychology at the University of University of Glasgow, Scotland. Her research focuses on understanding human social perception, with a specific emphasis on the dynamic communication system of facial expressions. She was selected as an APS Rising Star in 2016 and now serves as chair of the APS Globalization Committee.

In the lab, Jack’s team uses a novel interdisciplinary approach that combines psychophysics, social psychology, dynamic 3D computer graphics, ethology, and information theory. This work has formally characterized cultural similarities and specificities in facial expressions, including their dynamic transmission over time, and their impact on cross-cultural communication. In addition to developing new methodological and theoretical frameworks for understand facial-expression communication, the research team has transferred its computational models of facial expressions to digital agents to synthesize culturally sensitive social avatars and robots.

Jack’s work has been featured in publications including the Annual Review of Psychology, Current Biology, Psychological Science, Proceedings of the National Academy of Sciences, and Trends in Cognitive Sciences. Her laboratory has received funding from organizations including the European Research Council and the British Academy; she has also been featured in Emotion Researcher’s “Young Researcher Spotlight” and recognized with a Spearman Medal from the British Psychological Society, the New Investigator Award from the American Psychological Association, and an Innovation Award from the Social & Affective Neuroscience Society.

Tania Lombrozo is the Arthur W. Marks ’19 Professor of Psychology at Princeton University, where she directs the Concepts & Cognition Lab. A recipient of the 2012 APS Janet Taylor Spence Award, she is also a faculty associate of Princeton’s Department of Philosophy and University Center for Human Values.

Lombrozo’s research aims to address foundational questions about cognition using the empirical tools of cognitive psychology and the conceptual tools of analytic philosophy. Her work focuses on explanation and understanding, conceptual representation, categorization, social cognition, causal reasoning, and folk epistemology. In addition to the Spence Award, she has received numerous early-career awards, including the Stanton Prize from the Society for Philosophy and Psychology, an Early Investigator Award from the Society of Experimental Psychologists, a Distinguished Scientific Award for an Early Career contribution from the American Psychological Association, the Joseph B. Gittler Award from the American Psychological Foundation, a CAREER award from the National Science Foundation, and a James S. McDonnell Foundation Scholar Award in Understanding Human Cognition.

Widely published in academic journals, Lombrozo regularly writes for a general audience as well. From 2012 to 2018, she was a regular blogger for National Public Radio, covering topics in psychology, philosophy, and cognitive science. Lombrozo hopes to support APS’s mission of engaging the public to promote a better and deeper understanding of science, including its role in decision making at individual and societal levels. She is also committed to improving research practices and reducing barriers to diverse participation in the field.

Eric-Jan “EJ” Wagenmakers is a professor of psychological methods at the University of Amsterdam, where his current research interests center on cognitive modeling, Bayesian inference, and philosophy of science. He is also the founder and director of JASP (jasp-stats.org), a free and open-source software program for statistical analyses.

During his service on the Board, Wagenmakers wants to help APS solidify and expand its role in improving the quality and dependability of psychological science, perhaps through more opportunities for training, more quantitative modeling, and greater transparency. In addition, he would like APS to explore ways to highlight the contributions of early-career researchers at its annual convention.