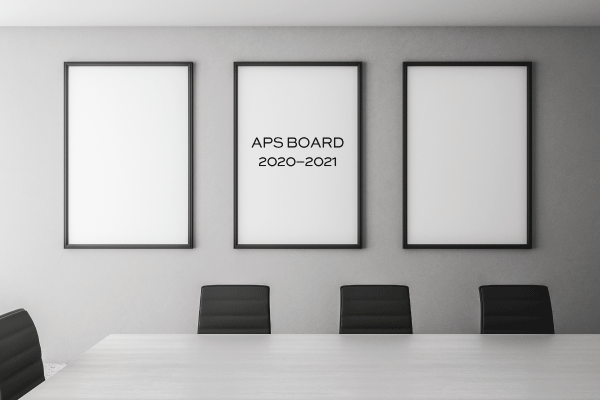 Three accomplished psychological scientists and APS Fellows whose research covers race and inequality, brain and behavioral development in children, and language acquisition in infants have joined the APS Board of Directors for 2020–2021. Jennifer Eberhardt (Stanford University, President-Elect), Seth Pollak (University of Wisconsin-Madison), and Janet Werker (University of British Columbia) joined the Board in June for terms lasting through May 2023.

See the introduction of the 2019-2020 APS Board for profiles of Kitayama and Feldman Barrett.

Amid unprecedented inequality and growing polarization around the world, APS President-Elect Jennifer Eberhardt believes the work of APS is more important than ever. A social psychologist who is a professor of psychology and the Morris M. Doyle Centennial Professor of Public Policy at Stanford University, Eberhardt conducts research on race and inequality. Through interdisciplinary collaborations and methods ranging from laboratory studies to novel field experiments, she has revealed the startling and often dispiriting extent to which racial imagery and judgments shape actions and outcomes in our criminal justice system and in our neighborhoods, schools, and workplaces.

Eberhardt is also codirector of Stanford SPARQ (sparq.stanford.edu), an initiative that uses social psychological research to address pressing social problems. She outlined some of its work in a June 2020 TED Talk, “How Racial Bias Works—and How to Disrupt It,” including strategies for getting people to pause and reflect on the evidence of their assumptions before acting. A 2016 project with the City of Oakland, California, for example, pushed police officers to ask themselves a simple question before stopping a driver or pedestrian: “Is this stop intelligence-led, yes or no? In other words, do I have prior information to tie this particular person to a specific crime?” In the year after adding that step, stops of African Americans fell by 43%. And the city’s crime rate continued to fall.

Deeply committed to public service and widely quoted in various media outlets, Eberhardt has been invited to speak about her work at the White House, the U.S. Department of Justice, the California Department of Justice, and the California Supreme Court, among other places. In 2019, she published Biased: Uncovering the Hidden Prejudice That Shapes What We, See, Think, and Do, described in the New York Times Book Review as an “unexpectedly poignant overview of the research on cognitive biases and stereotypes, especially racial bias in criminal justice.”

Seth Pollak is the Letters and Sciences Distinguished Professor of Psychology, a professor of neuroscience and public policy, and director of the Child Emotion Research Laboratory at the University of Wisconsin-Madison, where he is also an affiliate of the Waisman Center and the Institute for Research on Poverty. His research focuses on the influences of environmental risk factors on children’s brain and behavioral development, with a particular focus on emotions and learning.

A fellow of the American Association for the Advancement of Science, Pollack has received sabbatical support from the James McKeen Cattell Fund and the Boyd-McCandless Award for Distinguished Contributions to Child Development. He held an elected position on the Governing Council of the Society for Research in Child Development, where he also chairs the Levin Early Career Award committee. He is a founding Associate Editor of Affective Science and was as an editor at Developmental Review, PNAS, Emotion, Developmental Psychology, and Development and Psychopathology. Besides maintaining an active lab, he serves on the boards and as a volunteer consultant for numerous children’s and science museums and testifies regularly to lawmakers and the public on issues of stress and children’s development.

“I would like to help APS strengthen public understanding of psychological science and increase the use and discussion of empirical psychological science in national and international decision making about policies that affect human well-being,” Pollak said. He believes APS is in a powerful position to address pressing needs worldwide by enhancing scientific communication and driving efforts for diversity among researchers and scientific approaches to ensure a full array of perspectives are brought to bear in improving human welfare.

“I also would like to see APS find new ways to encourage and support early-career scientists so that we can benefit from diversity among our researchers and also increased diversity in our methods and approaches,” he said. “Personally, I derive a lot of purpose and meaning from my work in trying to better understand how adversity impacts children’s development. My hope is that the rising generation of psychological scientists will not only have the opportunities they deserve to make original contributions to knowledge, but that they will also find a sense of fulfilment in using science to improve human welfare.”

Janet Werker is University Killam Professor and Canada Research Chair in Psychology at the University of British Columbia (UBC), with research appointments at BC Children’s and Women’s Hospital and the Centre for Brain Health. She directs the Infant Studies Centre and cofounded and directs the UBC Language Sciences Initiative. Her awards include recognition with an APS William James Fellowship, the SSHRC Gold Medal, the Killam research prize, a fellowship in the Royal Society of Canada, and appointment as an officer of the Order of Canada, in addition to fellowship in many scientific societies. In April 2020, she was elected to the National Academy of Sciences.

A past fellow in the Canadian Institute for Advanced Research (CIFAR) Program in Child and Brain Development, Werker is now chair of the Advisory Committee for CIFAR’s Brain, Mind and Consciousness Program. She has served on advisory boards for both local (e.g. , Infant Development Program of BC) and international (RIKEN Brain Science Institute, Japan) organizations. She has held and/or led interdisciplinary, international grants from the Human Frontier Science Program, the McDonnell Foundation, and OECD-CERI, and was recently awarded a large SSHRC Partnership Grant. Currently a senior editor for The Neurobiology of Language and a Founding Editorial Board Member of Annual Review of Developmental Psychology, Werker focuses on the foundations of language acquisition, beginning in early infancy.

In joining the APS Board, Werker hopes to ensure that the vision and contributions of the more specialized communities within psychological science can enrich and be enriched by the broader APS community. With regard to the profession’s impact more widely, “I would like psychological science to be shared at the national and international level, but also at the local and family level to help support parenting practices, culturally sensitive children’s services, and community well-being,” she said. And she’s hopeful about the future. “With new analytical tools, open science and collaborative research endeavors (such as ‘Many Babies’), and an increasing understanding of effective knowledge mobilization, I believe the new generation of psychological scientists are well positioned to increase the profile of and trust in science, and to use such achievements to better the public good.”

Learn about the rest of the APS Board, bylaws, history.