My very first classroom teacher had a long wooden pointer, and she wielded it like a weapon. At least that’s my gauzy recollection. Many of the lessons were written on the blackboard, and she would use her pointer to direct our attention to this or that bit of information. She was an absolute and unquestioned authority in my small world, and her ubiquitous pointer served to reinforce that perception.

Pointing remains a basic tool of instruction, both in the classroom and beyond. Elementary school teachers still use pointers, though these days most of them are plastic and colorful, with clownish hands attached. Professors and power point professionals may substitute lasers, but the message is the same: Pointing is more than a way to direct another’s gaze or focus one’s concentration. The very act of pointing verifies the pointer’s knowledge and trustworthiness.

At least that’s the implication of a new study, published on-line in the journal Psychological Science. University of Virginia psychological scientists Carolyn Palmquist and Vikram Jaswal became interested in the act of pointing while exploring a fundamental question about human learning: How can kids know if someone is knowledgeable? Kids learn a lot of what they know from watching adults, so it’s crucial for them—anyone really—to accurately distinguish truly authoritative adults from ignorant fakers.

Pointing is a powerful, universal method for communicating information. Even infants will follow someone else’s pointing gesture, and older children find the gesture irresistible. They must look where someone points. So it appears that pointing is not a casual or empty gesture. Intrigued by this, Palmquist and Jaswal recruited a group of preschoolers to watch two adults and judge the accuracy of their knowledge. It’s a fairly simple study:

The first adult announced, for all the children to hear, that she was going to hide a ball under one of four cups, while the second adult turned her eyes away. The first adult did in fact hide the ball, but she was partly obscured, so the kids could not tell which of the four cups she had chosen as a hiding place. Once this step was completed, the children were divided into groups: Some saw each of the adults point to a cup; they pointed simultaneously, but each pointed to a different cup. Others saw each of the adults grasp the top of a cup; grasping, like pointing, is intentional, but it is not normally used to communicate. And still others, the controls, saw the adults do nothing. Afterward, all of the kids had to judge which of the adult knew the correct location of the hidden ball.

So okay, yes, it’s obvious. The one who did the hiding would be the only one truly informed about the location of the ball. We know this and the kids obviously knew this, and indeed they picked the knowledgeable adult when both adults were either grasping or doing nothing. But—and this is the key finding—they didn’t do so well when both adults were pointing. When both pointed at a cup—one with authority, the other out of ignorance—the kids were just as likely to pick the ignorant adult as the knowledgeable one. In other words, the mere act of pointing made the ignorant adult appear just as knowledgeable to the kids—so much so that they seemed to lose sight of what they knew for fact. 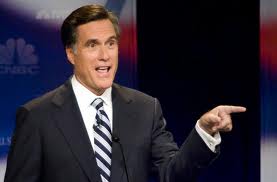 It’s a small study, but this is a dramatic finding. The children seemed to understand that pointing—unlike grasping—is an act of communication, performed for their benefit. But they are strongly biased toward endowing that simple gesture with power and authority. This bias may serve young children well most of the time—if they are surrounded by trustworthy adults—but it can also lead them to attribute authority to people they otherwise recognize—or should recognize—as completely ignorant.

Wray Herbert’s book, On Second Thought, is about the powerful biases that shape our choices and judgments. Excerpts from his two blogs—“We’re Only Human” and “Full Frontal Psychology”—appear regularly in The Huffington Post and in Scientific American Mind.

News > We're Only Human > A Gesture of Authority: What’s the Point?