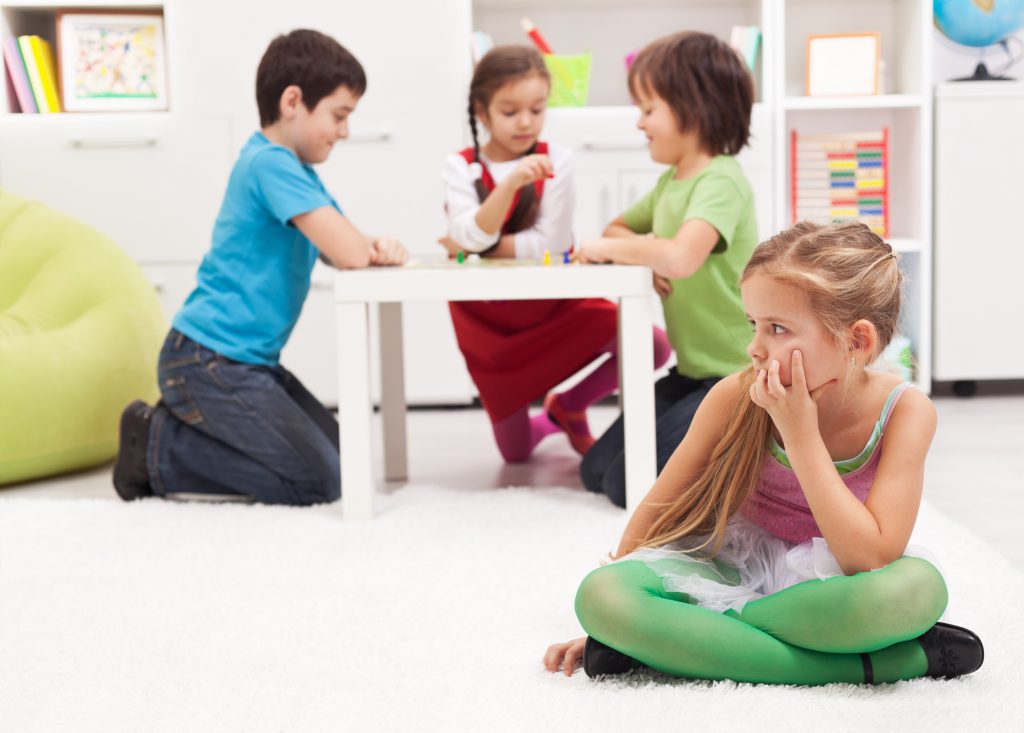 A study using functional MRI brain scans reveals certain areas of the brain have higher activity in children who are socially withdrawn or reticent compared to children who are not withdrawn. In the study, published in Psychological Science, researchers recorded children’s brain activity as they played the role of a new student interacting with peers in a virtual classroom.

The findings provide insight into the brain activity of socially withdrawn children and could inform interventions that teach children how to think differently about social interactions and thus prevent further socially withdrawn behavior or social anxiety.

Social reticence is expressed as shy, anxiously avoidant behavior in early childhood. Some mental health professionals believe that social reticence in childhood and pre-teen years is a precursor to more socially withdrawn behavior and social anxiety that develops through the teen years and adulthood.

The research team created a novel interactive paradigm around a virtual cartoon-based classroom. The 11-year-old children created avatar to represent themselves and completed an online personality profile. The children were told they would be interacting with same-aged peers — in reality, the experimenters had programmed these “peers” according to particular types, such as the “unpredictable kid,” “bully,” or “nice student.” While undergoing fMRI, social interactions inside the classroom were played out, with each child reacting to these social interactions via their avatar.

“Few techniques have been able to test the effects of such nuanced social landscape on brain function during real-time, ongoing, peer-based interactions where peers embody distinct social qualities,” said Jarcho. “This paradigm proved very effective in mapping brain activity of pre-teens who are socially reticent and appears to be a valuable tool for ongoing research.”

The scanning revealed that high (but not low) social reticence was associated with relatively greater activity in the dorsal anterior cingulate cortex and left and right insula, brain regions implicated in processing salience and distress. High social reticence was also associated with negative functional connectivity between insula and ventromedial prefrontal cortex, a region commonly implicated in affect regulation. Also, participants with high social reticence showed increased amygdala activity, but only during feedback from the “unpredictable” peers in the cartoon classroom.

The researchers are currently conducting interviews with the same group of 53 participants who are now approaching their teens. The idea is to determine if the pattern of brain function that differentiated pre-teens with high and low childhood social reticence also predicts expression of social anxiety symptoms.

A sample of research exploring symptoms of mania in depression, sample sizes for studies of treatments for depression, brain activity related to psychopathic traits, and links between catastrophizing and PTSD.

Using a larger dataset than all previous studies on the subject combined, researchers found a small connection between brain size and cognitive performance.