News > Latest Research News > Want to Get Teens Interested in Math and Science? Target Their Parents 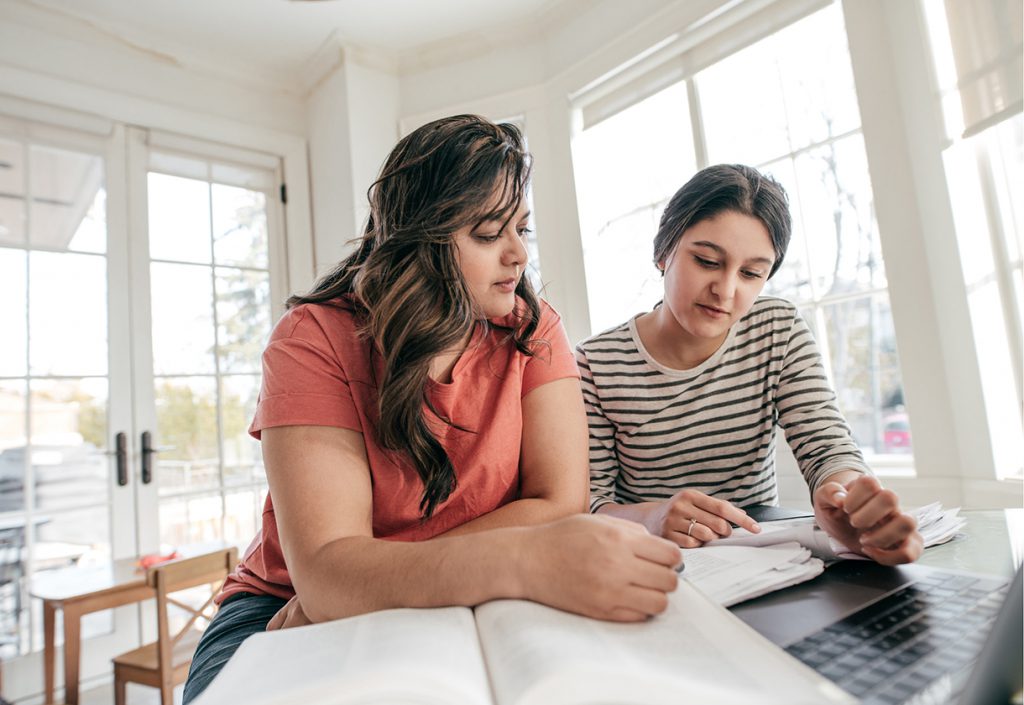 Increasing the number of students interested in science, technology, engineering, and math – otherwise known as the STEM disciplines – is considered to be vital to national competitiveness in the global economy and to the development of a strong 21st century workforce. But the pipeline leading toward STEM careers begins leaking in high school, when students choose not to take advanced courses in science and math.

Experts in research and policy have examined different ways to enhance and promote STEM education, but most of these efforts are focused within the four walls of the classroom. A new study published in Psychological Science, a journal of the Association for Psychological Science, goes beyond the classroom to examine the unique role that parents can play in promoting students’ STEM motivation.

“Our focus for this project was different from our previous work,” says lead author Judith Harackiewicz, of the University of Wisconsin. “In classes, we try to promote students’ motivation and performance in that class, but with families, our goal is to promote choices about which courses to take.”

Because many math and science classes are not required, especially in the last two years of high school, student enrollment may be a more fundamentally important issue than student motivation.

Harackiewicz and her colleagues Christopher Rozek and Janet Hyde of the University of Wisconsin, and Chris Hulleman of James Madison University, hypothesized that parents could play an instrumental role in helping to boost STEM enrollment.

The researchers decided to test this hypothesis with an intervention that involved 181 U.S. high school students and their parents who were part of the longitudinal Wisconsin Study of Families and Work. The intervention spanned the students’ 10th, 11th, and 12th grade years of high school. This longitudinal project was funded by the National Science Foundation.

In October of 10th grade, the researchers mailed some parents a glossy brochure that provided information about the importance of math and science in daily life and for various careers. In January of 11th grade, they mailed the same parents another brochure that emphasized the same overall themes and included information for a dedicated website called “Choices Ahead.” The website featured links to resources about STEM fields and careers and included interviews with college students about the importance of the math and science courses they took in high school. In spring of 11th grade, they asked the parents to complete an online questionnaire to evaluate the Choices Ahead website, which helped to ensure that the parents visited the site.

Parents in the control group did not receive any of these materials. In the summer following 12th grade, all families – adolescents and parents – completed a final questionnaire about their interactions with the brochures and the website and their perceived utility of math and science courses. Information about the STEM classes that the students took was obtained through self-report and high school transcripts.

The results suggest that the intervention had a noticeable effect on the courses that the students enrolled in: students whose parents received all the materials as part of the experimental group took more science and math classes in the last two years of high school. The effect amounted to roughly an extra semester of advanced math or science, including courses such as algebra II, trigonometry, pre-calculus, calculus, statistics, chemistry, and physics.

Mothers in the intervention group viewed math and science courses as more useful than did mothers in the control group. And students with parents in the intervention group had more conversations with their parents about course choices, educational plans, and the importance of math and science during 12th grade. These two factors – having a mother who values STEM and having more conversations about STEM – seemed to enhance students’ own perceptions of the usefulness of STEM courses.

The researchers were surprised by just how effective their modest intervention was. “It’s well known that children of more educated parents take more math and science courses in high school. The effect of our intervention was just as strong as the parent education effect,” explains Harackiewicz.

These findings provide evidence that interventions with parents could be a useful tool for boosting enrollment in STEM courses and could help to close gaps in student enrollment that result from differences in parental education.

“Although some people question whether parents wield any influence, we think of parents as an untapped resource,” says Harackiewicz. “This study shows that it is possible to help parents help their teens make academic choices that will prepare them for the future.”

News > Latest Research News > Want to Get Teens Interested in Math and Science? Target Their Parents