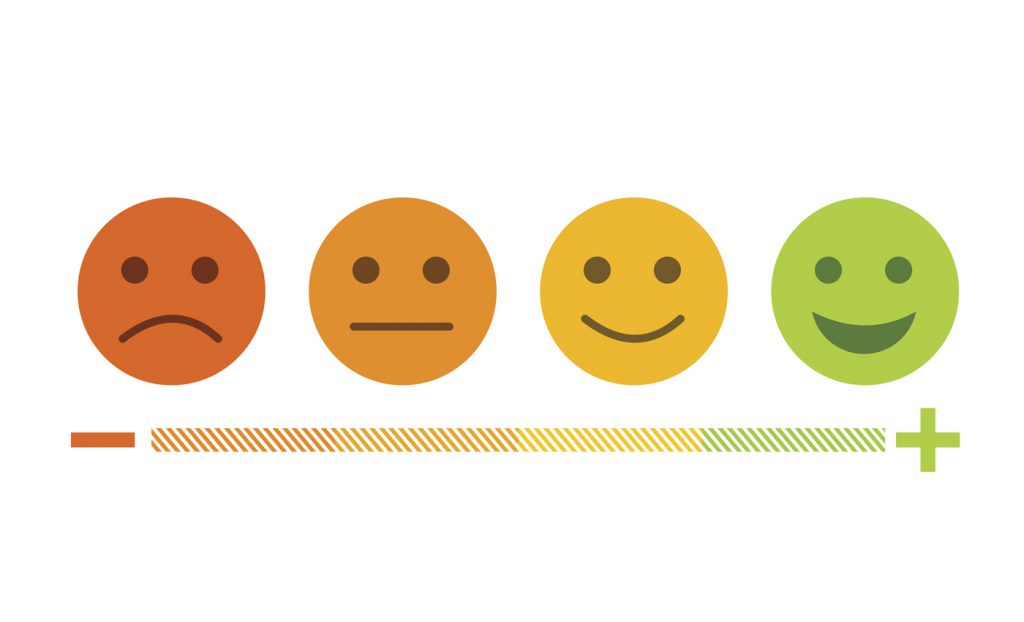 Our emotional state in a given moment may influence what we see, according to findings published in Psychological Science, a journal of the Association for Psychological Science. In two experiments, researchers found that participants saw a neutral face as smiling more when it was paired with an unseen positive image.

The research shows that humans are active perceivers, say psychological scientist Erika Siegel of the University of California, San Francisco and her coauthors.

“We do not passively detect information in the world and then react to it – we construct perceptions of the world as the architects of our own experience. Our affective feelings are a critical determinant of the experience we create,” the researchers explain. “That is, we do not come to know the world through only our external senses – we see the world differently when we feel pleasant or unpleasant.”

In previous studies, Siegel and colleagues found that influencing people’s emotional states outside of conscious awareness shifted their first impressions of neutral faces, making faces seem more or less likeable, trustworthy, and reliable. In this research, they wanted to see if changing people’s emotional states outside awareness might actually change how they see the neutral faces.

At the end of each trial, a set of five faces appeared and participants picked the one that best matched the face they saw during the trial.

The face that was presented to participants’ dominant eye was always neutral. But they tended to select faces that were smiling more as the best match if the image that was presented outside of their awareness showed a person who was smiling as opposed to neutral or scowling

In a second experiment, the researchers included an objective measure of awareness, asking participants to guess the orientation of the suppressed face. Those who correctly guessed the orientation at better than chance levels were not included in subsequent analyses. Again, the results indicated that unseen positive faces changed participants’ perception of the visible neutral face.

Given that studies often show negative stimuli as having greater influence on behavior and decision making, the robust effect of positive faces in this research is intriguing and an interesting area for future exploration, the researchers note.

Siegel and colleagues add that their findings could have broad, real-world implications that extend from everyday social interactions to situations with more severe consequences, such as when judges or jury members have to evaluate whether a defendant is remorseful.

Ultimately, these experiments provide further evidence that what we see is not a direct reflection of the world but a mental representation of the world that is infused by our emotional experiences.

This research was supported by the U.S. Army Research Institute for the Behavioral and Social Sciences (Grant W5J9CQ-12-C-0049 to L. F. Barrett and Grant W911N-16-1-0191 to K. S. Quigley and J. B. Wormwood) and a National Institute of Mental Health T32 grant (MH019391) to E. H. Siegel. The views, opinions, and findings contained in this article are those of the authors and shall not be construed as an official Department of the Army position, policy, or decision, unless so designated by other documents.

Very keen to kearn more on this topic. Tq

Thanks to Lisa Feldman Barrett’s tweet for flagging this.