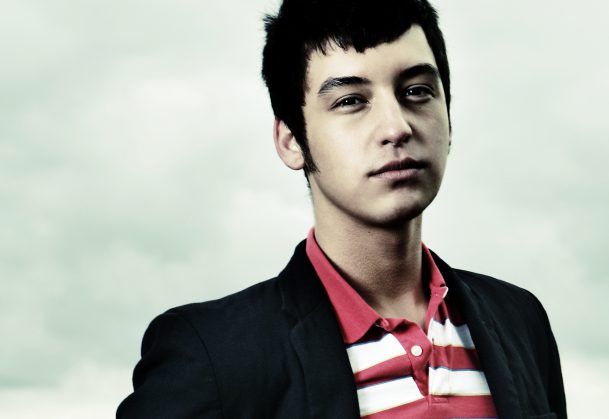 Encouraging young people at high-risk of criminal offending and delinquency to see happiness rather than anger in facial expressions results in a decrease in their levels of anger and aggression, according to a new study published in Psychological Science, a journal of the Association for Psychological Science.

The study, led by Marcus Munafò and Ian Penton-Voak of the University of Bristol (UK), explored the relationship between recognition of emotion in ambiguous facial expressions and aggressive thoughts and behavior, both in healthy adults and in adolescent youth considered to be at high-risk of committing crime.

The researchers showed it was possible to experimentally modify biases in emotion recognition to encourage the perception of happiness over anger when viewing ambiguous expressions. This resulted in a decrease in measures of self-reported anger and aggression in both healthy adults and high-risk adolescents, and also for independently-rated aggressive behavior in the adolescents.

To modify these biases, participants were shown composite images of facial expressions that were happy, angry or emotionally ambiguous and asked to rate them as happy or angry. This established a baseline balance point of how likely they were to read ambiguous faces as angry. The researchers then used feedback to nudge some of the participants away from this negativity bias by telling them that some of the ambiguous faces they had previously labeled as angry were in fact happy.

In the first experiment in 40 healthy volunteers, this ultimately resulted in the participants learning to identify happiness in these faces rather than anger — and these participants subsequently reported lower levels of anger and aggression in themselves.

The experiment was then repeated with 46 adolescents aged 11 to 16 years old who had been referred to a youth program, either by the courts or by schools, as being at high risk of committing crime and with a high frequency of aggressive behavior.

Again, participants trained to recognize happiness rather than anger in the ambiguous faces reported less aggressive behavior. In addition, incidences of aggressive behavior — as recorded independently by program staff in the week before and the two weeks following the training — were also reduced.

To test this result further, the researchers then ran a different experiment on a further 53 healthy volunteers which did not rely on explicit feedback to change the way participants judged facial expressions.

Previous studies have shown that prolonged viewing of an image subsequently alters the perception of similar images, so one group of participants was shown only angry faces while a control group looked at an equal mix of happy and angry faces.

The researchers found that those shown only angry faces subsequently shifted their perceptions and became more likely to see happiness in ambiguous faces. Again, they also reported lower levels of anger and aggression in themselves.

“Our results provide strong evidence that emotion processing plays a causal role in anger and the maintenance of aggressive behavior. This could potentially lead to novel behavioral treatments in the future,” said Munafò.