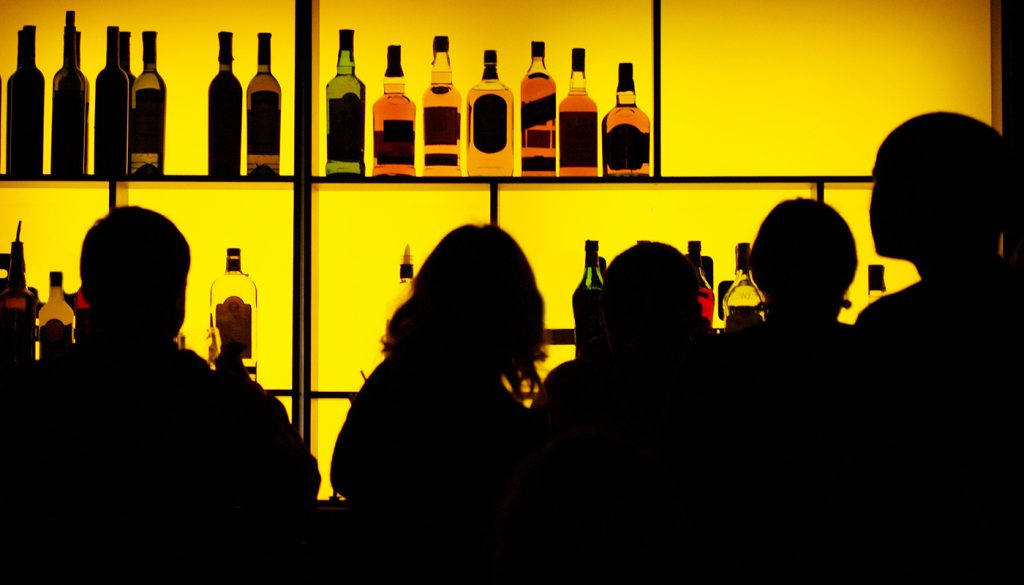 Power can lead to great acts of altruism, but also corruptive, unethical behavior. Being intoxicated can lead to a first date, or a bar brawl. And the mask of anonymity can encourage one individual to let a stranger know they have toilet paper stuck to their shoe, whereas another may post salacious photos online. What is the common thread between these three disparate states?

A forthcoming article from the Kellogg School of Management at Northwestern University presents a new model that explains how the diverse domains of power, alcohol intoxication and anonymity produce similarly paradoxical social behaviors – for better or worse.

According to the researchers, all three states work to break down inhibitions in a person, thus triggering the most prominent response in any given situation regardless of the consequences. As a result, alcohol, power, and anonymity can all inspire heroism and hedonism in the same person depending on the context.

Led by Jacob Hirsh and Adam Galinsky of the Kellogg School, along with Chen-Bo Zhong of the University of Toronto, the new article is titled “Drunk, Powerful and in the Dark: How General Processes of Disinhibition Produce both Prosocial and Antisocial Behavior.” It will appear in a forthcoming issue of Perspectives on Psychological Science, a journal of the Association for Psychological Science.

“When people lose their inhibitions – from being drunk, powerful, or acting anonymously – there can be significant behavioral consequences. In effect, disinhibition can both reveal and shape the person, as contradictory as that may sound,” said Galinsky, the Morris and Alice Kaplan Professor of Ethics and Decisions in Management at Kellogg.

The authors argue that disinhibition can lead behavior to be more consistent with one’s true underlying motives or dispositions. However, if strong external cues are present, disinhibition can also result in greater situational influences on behavior. Whether the resulting behavioral outcomes are prosocial or antisocial depends upon the nature of the dispositional or situational cue.

“This is why intoxicated individuals can be aggressive in one instant and altruistic in another, for example, or why anonymity can at once increase selfishness and cheating while also promoting helping behavior,” said Hirsh, a postdoctoral fellow at Kellogg.

The new paper presents a general model of and three pathways to disinhibition:

Social Power: Powerful people are used to relative abundance and have an increased inclination to pursue potential rewards. Because the experience of power increases a “goal and reward focus,” individuals feel less restrained in expressing their current motives – regardless of the social implications.

Intoxication: Consuming too much alcohol decreases cognitive resources, and only the most prominent cues will guide behavior in this state. Thus, pre-existing attitudes and personality traits may be expressed more freely, such as aggressive tendencies or risky sexual decision-making. At the same time, however, inebriated individuals tend to be more helpful than sober counterparts when the situation calls for heroism.

Anonymity: A cloaked identity serves to reduce social desirability concerns and external constraints on action. As such, an individual may be less inclined to maintain usual levels of social acceptance. This could result in higher levels of honesty and self-disclosure – or heightened aggression and verbal abuse – in an anonymous chatroom.

Each of these processes – a reward focus, cognitive exhaustion, and lack of social concerns – all block the same neurological system – the Behavioral Inhibition System – that regulates behavior. And the combination of these forces (e.g., a powerful person who has been imbibing all night and then goes into an anonymous chat room) is likely to be the most disinhibited.

“Although these pathways appear to be unrelated on the surface, they all lead to disinhibited states through a common psychological and neurological mechanism,” said Hirsh.

In conclusion, Galinsky said a joint understanding of an individual’s motivations and the situational context in which they find themselves allows for a better understanding of the response to disinhibited states.

“Although the powerful and inebriated might be more willing to help during an emergency, it may be best to turn on the lights and hide the alcohol to avoid acting on selfish inclinations,” he said.