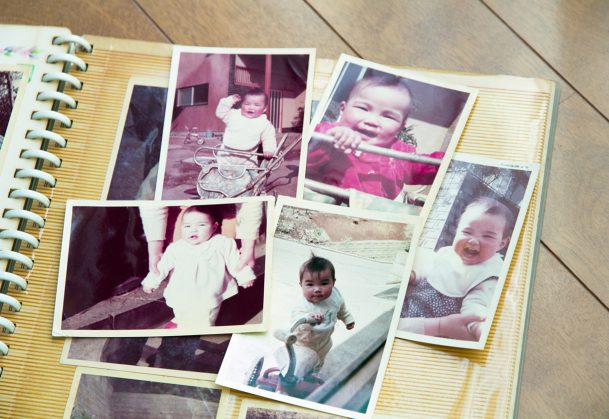 Current research indicates that people’s earliest memories date from around 3 to 3.5 years of age. However, the study from researchers at City, University of London, the University of Bradford, and Nottingham Trent University found that 38.6% of 6,641 participants claimed to have memories from age 2 or younger, with 893 people claiming memories from age 1 or younger. This was particularly prevalent among middle-aged and older adults.

To investigate people’s first memories, the researchers asked participants to detail their first memory along with their age at the time. In particular, participants were told that the memory itself had to be one that they were certain they remembered. It should not be based on, for example, a family photograph, family story, or any source other than direct experience.

From these descriptions, the researchers then examined the content, language, nature, and descriptive detail of respondents’ earliest memory descriptions, and from these evaluated the likely reasons why people claim memories from an age that research indicates they cannot be formed.

As many of these memories dated before the age of 2 and younger, the authors suggest that these fictional memories are based on remembered fragments of early experience – such as a pram (or stroller), family relationships and feeling sad – and some facts or knowledge about their own infancy or childhood which may have been derived from photographs or family conversations.

“We suggest that what a rememberer has in mind when recalling fictional improbably early memories is an episodic-memory-like mental representation consisting of remembered fragments of early experience and some facts or knowledge about their own infancy/childhood,” said Shazia Akhtar, first author on the study and Senior Research Associate at the University of Bradford.

“Additionally, further details may be nonconsciously inferred or added, e.g. that one was wearing nappy when standing in the cot,” Akhtar added. “Such episodic-memory-like mental representations come, over time, to be recollectively experienced when they come to mind and so for the individual they quite simply are ‘memories’ which particularly point to infancy.”

Akhtar and colleagues found that fictional very early memories were more common in middle-aged and older adults and about 4 in 10 of this group have fictional memories for infancy.

“When we looked through the responses from participants we found that a lot of these first ‘memories’ were frequently related to infancy, and a typical example would be a memory based around a pram,” explained Martin Conway, Director at the Centre for Memory and Law at City, University of London and coauthor of the paper.

“For this person, this type of memory could have resulted from someone saying something like ‘mother had a large green pram.’ The person then imagines what it would have looked like. Over time these fragments then becomes a memory and often the person will start to add things in such as a string of toys along the top,” he added.

“Crucially, the person remembering them doesn’t know this is fictional,” Conway noted. “In fact when people are told that their memories are false they often don’t believe it. This partly due to the fact that the systems that allow us to remember things are very complex, and it’s not until we’re 5 or 6 that we form adult-like memories due to the way that the brain develops and due to our maturing understanding of the world.”

Additional coauthors on the study include Lucy V. Justice of Nottingham Trent University and Catriona M. Morrison of the University of Bradford.

All data have been made publicly available via Figshare. The complete Open Practices Disclosure for this article is available online. This article has received the badge for Open Data.

I only have a few memories from before when I was around 5 years old. My first day at school, my older sister showed me how to use the water fountain, That is not fabricated in my mind.

I also had a memory of something that happened, I remembered it when I was about 5 years old. I had remembered something in my past. I remembered being in a place , it was dark and I knew absolutely nothing about anything, I had a feeling like I was suffocating and this went on for a very very long time, I would say months. I am sure this was when I was in my mothers womb, There is no other explanation.

If you did not remember anything from before 4 years old then they are saying you did not learn anything in that time ?? it seems absurd. I remember seeing the word “Said” in the book Dick and Jane, for the first time. I remember realizing what the word “come” meant, 4 years old , standing outside playing with kids. I remember the children and scene. No photos to make fake memories of these events. I remember the TV shows on TV when I was four years old. These game shows were only on for that year. So I could not have fake memories of these. I checked the internet for when these shows aired in 1960. They were cancelled after a few months

Did you not read the article? They stated memories before age 5 were influenced by stories, photos from family. No where in the article does it say you did not learn becore age 5. In fact the opposite, you are learning so much your mind cannot keep all the memories because your knowledge is growing so rapidly at those early stages.

Is there something ludicrous about presuming that experts’ theories are correct?

Experts once held that the earth was flat and earth was at the centre of the universe. Phlogiston was ‘known’ to be involved in chemical reactions.

Don’t worry as it is likely that a better theory will come along soon. Though it will of course be squashed by experts who can ill afford their own erronious theories to be overturned.

Is it ironic that adult experts obstinately maintain fictional theories of reality?

Scientist should better believe their propands than creating theories to undermine the probands remembers.
For me, it is clear that I can remember more than one episode at the age less than two. I told it to my mother before she told me the whole story.

My earliest memory is of a fire next to my cradle when I was just a few weeks old. No one ever talked about this fire as it was a family secret one they did not want me in particular to know about but, when I was in my teens I told my mom about the memory and she broke down crying about it. Apparently the fire had started with a faulty cord and a curtain directly next to my little infant head. I was almost burned alive and my mother blamed herself. She was in total disbelief that I had remembered it. I do think there is some validity to very early memories, especially when they are traumatic.

I couldn’t have been much older than two but I remember walking in my aunt’s back garden. I had filled my pants and was trying not to make it obvious. The next thing I remember is being in the outside toilet having my pants changed. My mother emptied my pants into the toilet, which made a funny noise before flushing, apparently automatically.

I remember to around 2 months old or so, figuring out when I would have been able to sit up since I was walking at 7 months old. I remember my Dad’s English Pointer coming in each morning and sticking his nose in the crib and licking me. Later, about 1-2 my Dad would sing to me each night but to keep me in one place [I was active] he would tell the dog to watch the baby – what I remember is sitting between the dogs legs [like being under a table]. Also we had a very old metal stroller that my mother walked me with and one day she had opened the door (2nd story apt) then went to get something she had forgotten. I remember going down the stairs and can remember the feeling of flying as I went. That was before I walked.

They say we remember because they told us stories… But I know my parents were shocked because I told THEM the stories or at least asked about thing. And their reaction was – how the hell do you remember that, you were not even two years old?! And I recalled and asked years later and I asked because these memories were not verbal – I rembered shapes, some colors, places, feelings but my first memories are not verbal.

Are you saying that I never fell down those bathroom stairs draped with a light brown carpet, feeling relieved that at least the stairs had carpet or else I would have gotten hurt at age two? Are you saying I didn’t choke on gum in the bathtub, my mom telling me my sister swallowed gum on purpose and didn’t cry? Are you saying my dad never took me to harvest tomatoes at his work, when just months ago I asked him about it and it was true?

No, my memories aren’t false…

My first memory I remember standing in my crib one morning. I must have been 18 months old to 20 months old. My sister was born when I was 18 months old. So I would have needed to give my sister the crib soon. Anyway , that morning my father gave me a kiss goodbye before he left for work. He was wearing a houndstooth print jacket. Which he wore for many years . My mother must have been still sleeping. My father never mentioned this . I also remember drinking from a bottle. I also remember my father accidentally poked me with a diaper pin when changing my diaper. Definitely, these happened when I was around 18- 24 months. I have many memories when I was little. My sister does also.

I have 2 memories that come to mind as potentially my first memory. But the problem with this experiment is, how on earth are you going to know how old you were? Im guessing I was 3 ish, but nobody can verify anything

I remember telling my parents in detail about something that happened when I was young (nothing drastic or alarming). And they told me that they were surprised that I would remember this because I was under a year old. And they didn’t tell me anything about this. I am 62 years old now. I have other memories from when I was quite young and the only way I know how old I would have been is my parents telling me how old I was then.