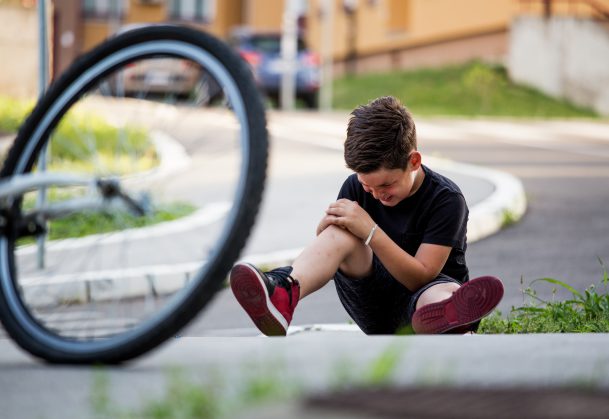 “The children in our study helped at very high levels only when responsibility was clearly attributable to them,” explains psychological scientist and lead researcher Maria Plötner of the Max Planck Institute for Evolutionary Anthropology in Leipzig, Germany. “These findings suggest that children at this age take responsibility into account when deciding whether to help.”

The research indicates that, just like adults, children show the “bystander effect,” which is most likely driven by a diffusion of responsibility when multiple bystanders are available to help someone in need.

Previous research has shown that children are generally very helpful, but few studies had specifically looked at whether the presence of others affects this helping behavior.

To find out, Plötner and colleagues recruited 60 5-year-olds to participate in the study, with their parents’ permission. The children were told that they would be choosing a picture and coloring it in. Some children colored with only the researcher present in the room, while others colored at the same time as two other children. Unbeknownst to the participants, the two other children were actually part of the experiment and were instructed by the researchers to behave according to a script.

Interviews after the fact revealed that the majority of children recognized that the researcher had needed help, indicating that awareness of the problem could not explain the difference in behavior.

Interestingly, far fewer children said that it was their responsibility to help the researcher if they had been in the room with other children who could presumably also provide help.

“This study shows that although children are typically extremely helpful, this tendency to help can be overridden in certain circumstances,” says Plötner.

Together, the findings “illustrate the surprising complexity of young children’s helping behavior by demonstrating that when others are present, children will help more in some circumstances and less in others,” says Plötner.

Ultimately, the study results show that the bystander effect — a social phenomenon so robustly demonstrated in adults — is evident in children as young as 5 years old, indicating that it is a strong behavioral response that emerges early in development. With this in mind, interventions aimed at promoting prosocial, helping behavior in children should also address the issue of diffusion of responsibility.

The research was supported by Economic and Social Research Council Grant ES/K006702/1 to Harriet Over.

When asked about emergency situations, most people say they would spontaneously help another person. However, not everyone does so in real life, especially when there are other people around, a phenomenon known as the bystander effect. Traditional explanations for bystander apathy include three psychological factors: diffusion of responsibility, or the More

Chanting at football games, singing national anthems, and marching in a band are examples of rituals that bring groups of people together. They all incorporate synchrony, a matching of rhythmic behaviors, which appears to generate cooperation, compassion, helpfulness, and other prosocial behaviors. But scientists haven’t fully explored the scope of More