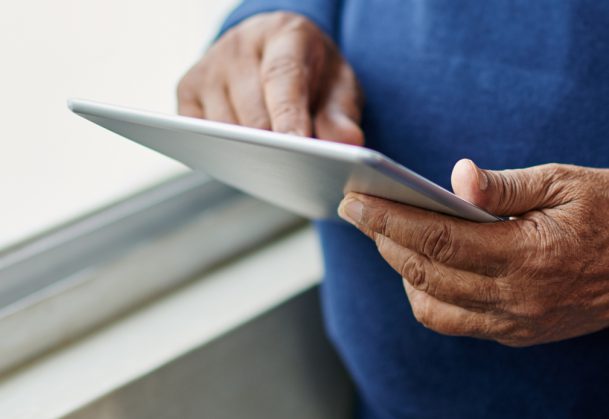 The companies behind many popular brain-training games and apps cite a variety of scientific studies as evidence that their products improve cognition in daily life. A research report puts those claims to the test, providing a comprehensive review of the studies cited by brain-training proponents and companies. While people may improve on the specific tasks they practice, the researchers conclude that there is no compelling scientific evidence that computerized brain-training programs yield broader cognitive benefits or improve real-world outcomes for their users.

“The idea behind ‘brain training’ is that if you practice a task that taps a core component of cognitive ability, like memory, the training will improve your ability to perform other tasks that also rely on memory, not just in the lab, but also in the world,” explained psychological scientist Daniel Simons of the University of Illinois, who led the analyses.

“If you practice remembering playing cards, you’ll get really good at remembering playing cards,” Simons said. “But does that help you remember which medications to take, and when? Does it help you remember your friends’ names? Historically, there is not much evidence that practicing one task improves different tasks in other contexts, even if they seem to rely on the same ability.”

Simons and colleagues Walter Boot and Neil Charness (Florida State University), Zachary Hambrick (Michigan State University), Christopher Chabris (Union College and Geisinger Health System), Susan Gathercole (Medical Research Council, Cambridge, UK), and Elizabeth Stine-Morrow (University of Illinois) closely examined 132 journal articles cited by a large group of brain-training proponents in support of their claims. The team supplemented that list with all of the published articles cited on the websites of leading brain-training companies that were identified by SharpBrains, an independent market-research firm that follows the industry.

One of the most glaring problems in the cited research was the use of inadequate control groups as a baseline for measuring improvements. Ideally, participants in a control group do not engage in the intervention but are otherwise matched closely with those who do, the researchers said. Not only should the control group’s demographics (age, sex, race, income and education) match those of the intervention group as closely as possible, control-group participants also should be equally engaged, Simons said.

Some of the studies had no control group. Some had a passive control group, whose members took the same pre- and post-test as the intervention group, but were not engaged in any other way. Some studies had participants in a control group come into the lab and play crossword puzzles, watch educational DVDs or just socialize with the experimenters. Such control groups differ in many ways from the intervention group, so greater improvement in the treatment group might be due to those other differences, including differences in expected improvement, rather than to the brain-training intervention itself, the researchers said.

“There are relatively few studies in this literature that objectively measure improvements on the sorts of real-world tasks that users of the programs presumably want to improve – and that the programs’ marketing materials emphasize,” Simons said.

In a commentary accompanying the main report, researchers Jennifer A. McCabe (Goucher College), Thomas S. Redick (Purdue University), and Randall W. Engle (Georgia Institute of Technology) examine evidence for other interventions that may improve cognitive functioning. Although there is little evidence that skills practiced in brain-training games transfer to other real-world tasks, other learning strategies are backed by decades of scientific research. McCabe, Redick, and Engle highlight three techniques — elaborating on material, repeated testing, and spaced studying – as examples of evidence-based procedures for improving memory.

I ofte see reading as a positive way as helping with our cognition.
Is there research on that?